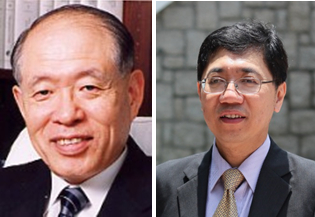 Professor Chi-Ming Che, University of Hong Kong, has been selected to be the first-ever recipient of the Ryoji Noyori ACES Award. This biannual award will be given by the partners of the Asian Chemical Editorial Society (ACES) to honor Professor Noyori and his instrumental role in nurturing the collaborative ACES spirit. It will recognize outstanding scientists who have made exceptional contributions to the development of chemistry in general, as well as to the ACES journals in particular. The award will be presented at the 2017 ACES & GDCh Symposium, where Professor Che will give a talk.

Professor Che received his Ph.D. in Inorganic Chemistry from The University of Hong Kong (HKU) in 1980 under the supervision of Chung-Kwong Poon. After postdoctoral research with Harry B. Gray at the California Institute of Technology, USA, from 1980-1983, he joined the faculty of the Department of Chemistry at HKU. He was promoted to a Chair Professor in 1992 and to the Dr. Hui Wai-Haan Chair of Chemistry in 1999.
He has made valuable contributions in several areas of chemistry, including bioinorganic chemistry, catalysis, and luminescent materials. He was the first Hong Kong scientist to be elected to become a member of the Chinese Academy of Sciences (CAS), and has received numerous awards, including the First Class Prize of the State Natural Science Award of China and the Royal Society of Chemistry (RSC) Centenary Prize (2013). His board memberships include positions on the editorial and advisory boards of Chemistry – An Asian Journal, ChemPhotoChem, and Chemistry – A European Journal.