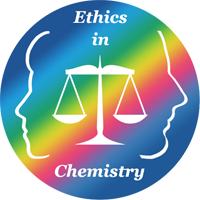 In contrast with medical physicians, who swear a Hippocratic oath to protect and serve people, the traditional training of chemists is not structured around a central ethical code. And that is surprising given the intrinsic power of chemistry for great good and great harm.

Scholarly publication has become a key measure of the productivity of the academic chemist. It is a performance metric used by funding agencies, an indicator of a researcher’s skill sets, the reach of their ideas, and the breadth of their collaborations. As such, the modern-day academic researcher is under considerable pressure to publish, and must often balance this type of productivity with teaching, administration, and outreach. In this pressure-cooker of responsibilities, it can be tempting to take shortcuts or misrepresent findings—especially in a competitive environment where ethical awareness and tools are limited.

Why should researchers care about ethics?

Isolated cases of ethical misconduct can have long term repercussions for a researcher’s career and affect the credibility of his/her colleagues and institute. In a much broader sense, fraudulent publications undermine the scientific record and jeopardize the future of chemical research. Falsified studies may be cited years after they are reported—even when a paper is retracted—amounting to persistent misinformation and a gross misuse of resources (monetary or otherwise) over an extended period.

A 2016 study by Nature revealed that 70 % of researchers surveyed had failed to reproduce experiments reported by another scientist. Moreover, roughly 40 % of respondents believed that fraudulent reporting was responsible for irreproducibility. Milder types of misrepresentation, such as exaggeration, also compromise the empirical truth of a study and can impede replication of that work by other scientists.

Temperature check: the state of ethics in scientific research

Retractions are a litmus test for unethical research, and such cases are on the rise. However, a 2018 study published in Science suggests that an increase in retractions—roughly 4 out of every 10,000 papers published—reflects greater vigilance by the scientific community rather than an “epidemic of fraud”. Reputable publishers play an integral part in policing the quality of publications by providing editorial mediation and transparent retraction policies.

Limited data is available about the state of ethics at the lab bench. Although researchers may be willing to report misconduct that they have witnessed, they are less likely to report themselves. Nonetheless, several studies suggest that ethical misconduct in scientific research is commonplace.

In 2013, developers of iThenticate plagiarism detection software surveyed scientific researchers based in 50 countries to determine the severity and frequency of ten types of plagiarism and misleading attribution. See the infographic. Offences ranged from complete and verbatim plagiarism to repetitive research and paraphrasing. Respondents considered all ten types of deception serious and about half believed such offences were common. Read a summary of the iThenticate survey.

A meta-analysis of survey data spanning 1997–2005 found that 14 % of scientists (including from disciplines such as chemistry, medicine, and microbiology) had witnessed fabrication by colleagues, and 72 % had noticed other types of questionable behavior.

In a 2019 survey of tenured and tenure-track faculty members at America’s top 100 universities, professional strain and a low probability of getting caught were perceived as causal factors for research misconduct. Among this group of respondents, formal disciplinary measures were the favored method for dealing with unethical conduct.

ChemPubSoc Europe abides by the same ethical objectives as the research community: to publish accurate, honest, and complete representations of work carried out as it actually happened. Read our journals’ ethical guidelines.

Each manuscript submitted to ChemPubSoc Europe’s journals is scanned using iThenticate, which checks for similarity against already published reports (including articles in journals, preprints, publicly available theses, and websites). An iThenticate report is produced that is evaluated, in context, by a human editor. In cases where plagiarism is obvious and severe, such as verbatim reproduction of entire paragraphs, the editor takes appropriate action. In contrast, replicated references are generally benign. A preceding preprint (or thesis) is considered differently, but authors should still inform editors of such prior works. Read our preprint guidelines.

ChemPubSoc Europe editors do encounter ethical issues beyond plagiarism; including false attribution, image manipulation, and repetitive research. These cases are investigated carefully and, in some scenarios, an author may be contacted for clarification. If an author demonstrates persistent misconduct, editors are empowered to place a ban on submission. Ethically suspect submissions that slip past our editors will likely be caught by the highly competent experts who referee for our journals. Or worse—by readers after publication. Where an ethical complaint is judged to be serious, the journal will take appropriate action and an author’s institute may be involved in disciplinary measures.

A published paper may be retracted from a journal if evidence suggests that serious ethical misconduct has occurred, or the information reported in the paper is fundamentally flawed. Retractions are carried out as per the guidance of the Committee on Publication Ethics (COPE).

It is important to acknowledge that, in research, mistakes can occur for a range of reasons and without deceptive intent. As a matter of good laboratory practice and transparency it is essential that researchers report thorough experimental procedures that can be replicated by others. Moreover, data checking tools can facilitate the research process and mitigate errors in reporting. To this end ChemPubSoc Europe recommends free information- and data-checking services such as: Crossref (references), Wiley SSR (13C NMR), and CheckCIF (X-ray crystallography).

Evidence suggests that researcher ethics are subject to a range of cultural, regulatory, and educational factors. A 2015 study funded by the Committee on Publication Ethics found that ethical misconduct is less prevalent in countries where researchers are held accountable and a healthy culture of mutual criticism prevails over respect for authority. The study suggests that robust institutional policies, effective training, and a culture of transparency offer the best protections for science and scientific publication.