“Those were the days”: To set the scene, in 1999 Wiley Interscience (today Wiley Online Library) had just been launched with 300 periodicals, 100,000+ articles, and 90,000 registrants. Our chemistry program, which today flies under the flag of “ChemPubSoc Europe” set sail in global waters. There were three ships: Chemistry – A European Journal (CEJ) was just in the fifth volume and European Journal of Inorganic Chemistry (EurJIC) and European Journal of Organic Chemistry (EurJOC) in their second. Jörn Ritterbusch started as an editor with the DGM Advanced Engineering Materials and Ivana Bertini (Florence, 1940-2012) was appointed the senior editor of the EurJIC. Soon they, with many other European chemists, were to attend the 4th owners’ meeting of EurJIC, EurJOC, and CEJ, which, for the first time, was to be held in Weinheim.

A look at the minutes written by Karen Hindson shows that the publishing house was represented by our “Capitan” Manfred Antoni, former Managing Director of the publishing house and “Chief officer” Eva E. Wille, at that time still Publishing Director. These leaders together with Neville Compton and Karen Hindson presented the three ships, Kornelia Junge presented Wiley Interscience, and the marketing report (including Angewandte Chemie) for the Chemical Societies was presented by Monika Silz and Andreas Muth.

When comparing the list of participants from 1999 to those who attended the ChemPubSoc Europe owners’ meeting in June 2014, it is interesting to see the stalwarts that remain. Those attendees that remain 15 years later, meeting for only the second time in Weinheim, include Karen Hindson, Monika Silz, Eva E. Wille, Neville Compton, Luis Oro (Spain) and Peter Gölitz. These peers attended and provide important continuity.

Reviewing the meeting as a whole and looking at the pictures of this year’s meeting, one becomes aware of how a whole journal program was developed from the first three titles. After the first three flagships, no less than nine more titles were to follow by expansion and interpretation of the chemistry journal landscape: in order ChemPhysChem, ChemBioChem, ChemMedChem, ChemSusChem, ChemCatChem, ChemViews.org (with ChemistryViews), ChemistryOpen, ChemPlusChem and ChemElectroChem. These journals were presented in full in a PowerPoint show —rather than the black and white transparencies of the 90’s—by their respective editors/deputies (alphabetical order), Lisa Abel, Meghan Campbell, Neville Compton, Anne Deveson, Greta Heydenrych, Guido Kemeling, Vera Köster, Natalia Ortúzar, Michael Rowan, Marisa Spinello, Preeti Vashi, Susan Wilkinson).

The importance of inclusion cannot be overstated. This year the both the Swiss and the Slovak Chemical Societies became owner members. Their fresh input and the rigorous nature of their bid to be included as full members can only highlight the excellence of ChemPubSoc Europe and their vision for the future of science. By now the member owners of ChemPubSoc Europe have increased from 11 to 16 and 14 national chemistry journals have been merged or changed completely.

One thing is certain: Although the “brave oldies of Weinheim 1999” took on a highly ambitious European publishing project, no one would have imagined how remarkably ChemPubSoc Europe would evolve and represent such great science. 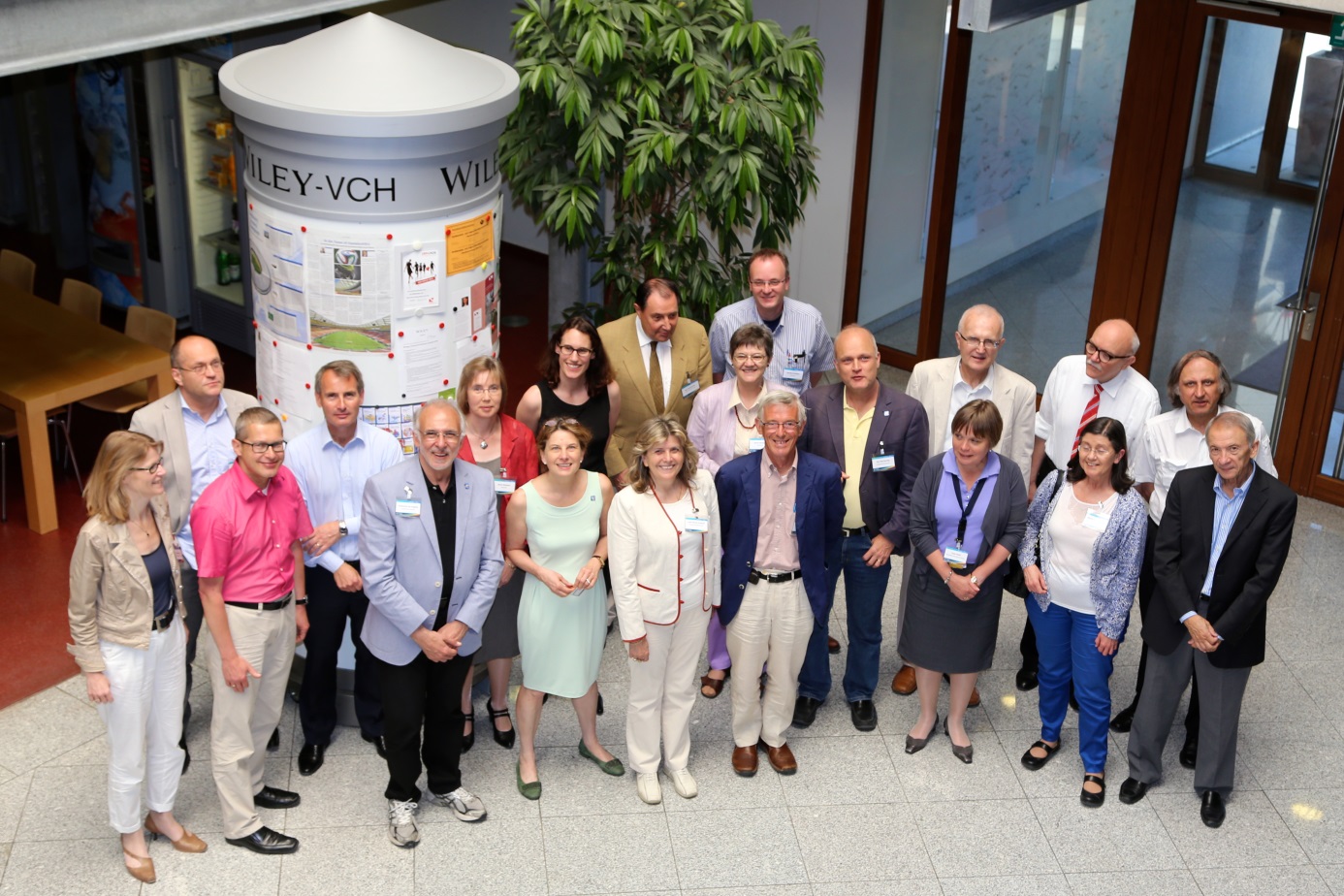