The Wiley 13C NMR Data Checker allows a detailed consistency check between a given chemical structure and its 13C NMR spectrum. The automatic structure verification software is intuitive and free. Use it whenever you are seeing spectral data for the first time and again during the preparation of your manuscript to make sure you are generating high-quality data-sets that can be published immediately and thus bring added value to the community as a high-quality reference material. Adding data from the software is also advantageous for the refereeing process of journals such as European Journal of Organic Chemistry.

Intuitive and Easy to Use

Drag and drop your structure file or draw a structure and enter your peak list. The 13C NMR checker gives an indication of how likely the proposed structure is to be correct based on recorded 13C NMR chemical shifts. 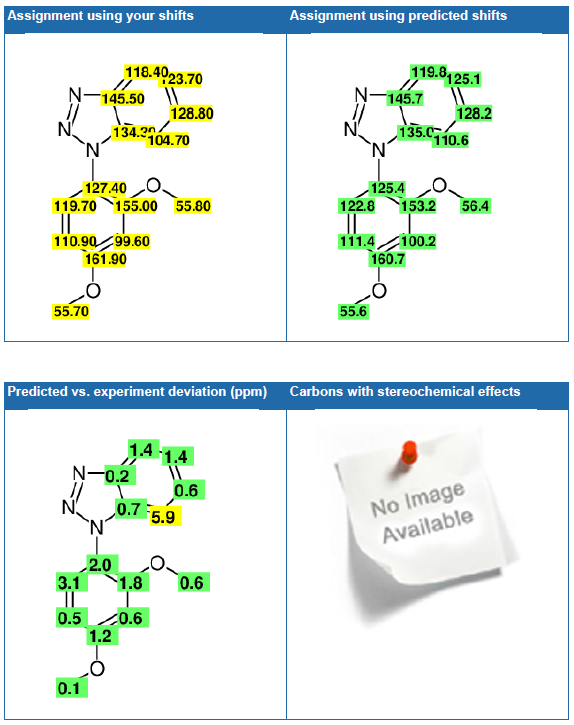 At the top of the results (pictured below), a colored scale shows how well your proposed structure and experimental recorded chemical shifts match according to the prediction algorithms. 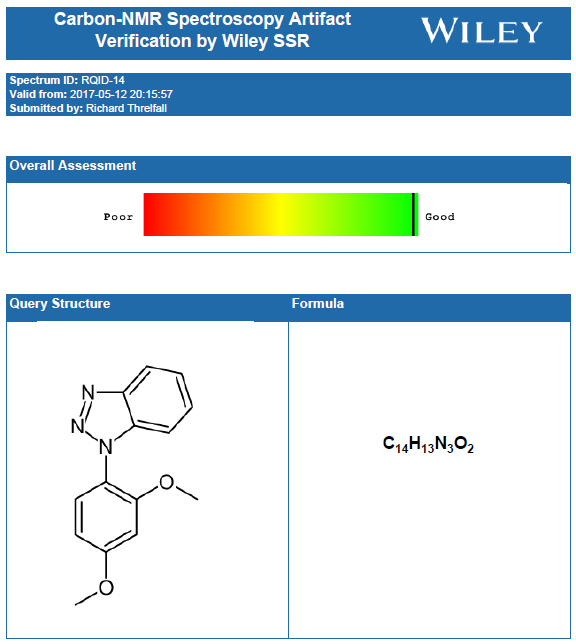 The 13C chemical shifts are predicted by using two different prediction algorithms, which are then compared to each other for validation of the predictions. The predicted and experimentally recorded chemical shifts are compared. Differences of <5.0 ppm mean a good agreement, of 5.1–10.0 ppm a moderate disagreement, and of >10.0 ppm a large disagreement. The program indicates when an experimentally recorded chemical shift is missing and the peak list may be incomplete. The carbons with chemical shifts that are potentially affected by stereochemical factors, such as the possible existence of tautomeric forms, are marked.

Based on CSEARCH Robot Referee System

Wiley 13C NMR Data Checker is a collaboration between Professor Wolfgang Robien, University of Vienna, Austria, and Wiley-VCH. It is based on the CSEARCH robot referee system, developed by Professor Robien himself and tested by multiple companies such as Bruker and Mestrelab. The development of this software is ongoing and features will likely be added and changed in the coming months to make it even more useful and valuable for you.