The prize is named after the Italian Jewish chemist, writer, and Holocaust survivor Primo Levi and honors chemists or scientists from related disciplines who promote human rights and improve the dialogue between chemistry and society. Roald Hoffmann receives the prize for his engagement for upholding ethical standards in chemistry, as well as for his fictional works, which promote responsibility, empathy, and respect. 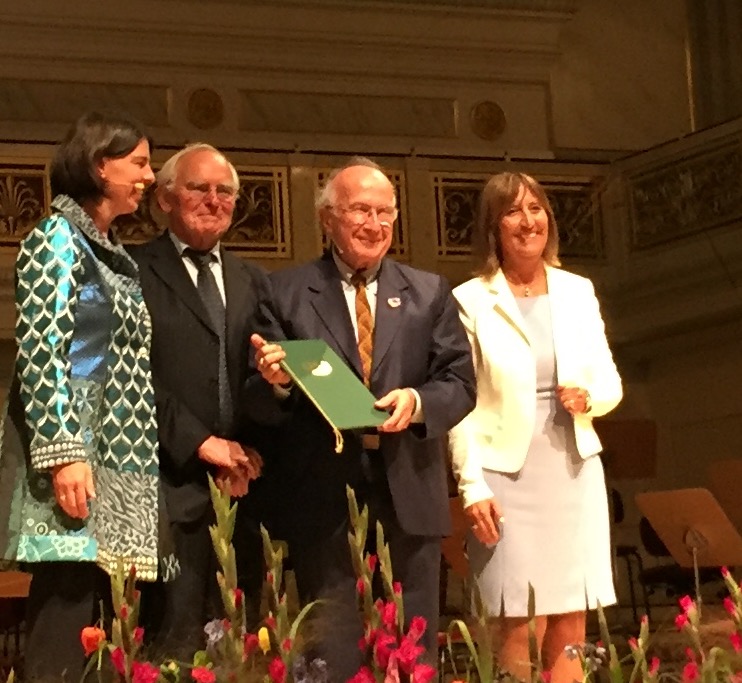 Roald Hoffmann was born in Zloczow, Poland, on July 18, 1937. He emigrated with his family to the United States in 1949. He studied chemistry at Columbia University, New York, and Harvard University, Cambridge, MA, both USA. He received his Ph.D. fom Harvard in 1962. In 1965, Hoffmann joined Cornell University as Associate Professor of Chemistry. In 1968, he was appointed Professor of Chemistry, and he became John A. Newman Professor of Physical Science in 1974. Today, he is Frank H.T. Rhodes Professor of Humane Letters at Cornell.

Professor Hoffmann’s research focuses on applied theoretical chemistry. Hoffmann is also a poet and playwright, often incorporating science into his fictional works. Among many other honors, including over twenty-five honorary degrees, he has received the Nobel Prize in Chemistry in 1981 together with Kenichi Fukui. The prize was awarded “for their theories, developed independently, concerning the course of chemical reactions”.