Professor Bas de Bruin, University of Amsterdam, The Netherlands, and Dr. Karen Hindson, Senior Editor of the European Journal of Inorganic Chemistry, talked about Bas de Bruin’s article on a one-pot route to ß-lactams, amides, and esters. He used cobalt porphyrinoid metalloradicals to produce a stable carbene radical that provided in situ access to a ketene intermediate. The desired products formed in the presence of an appropriate nucleophile.

Could you please explain the focus and findings of your article?

The ß-lactam products are important substructures of several antibiotics. They are formed in a highly diastereoselective manner. The catalyst we used for this reaction is a cheap and easy to prepare cobalt(II) catalyst, which turned-out to be highly active for these transformations. 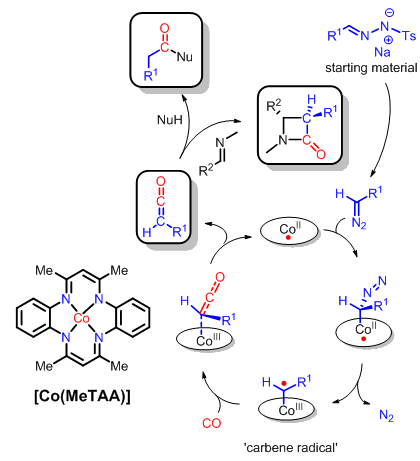 How is the reaction carried out experimentally?

The reactions are operationally simple. Mixing all reagents and the catalyst in one pot, pressuring with CO in an autoclave and heating. That is it. The only work-up needed is the isolation of the product.

The reviewers of this paper all recognized this work as very important. What do you see as the main significance of your results?

I think there are two main novelties reported. The fact that [Co(MeTAA] is more efficient than cobalt porphyrins for these reactions is interesting, certainly because the MeTAA ligands are cheaper and easier to prepare than porphyrins. The second novelty is that tosyl hydrazones can be used directly in these transformations so that the use of – potentially explosive – diazo compounds can be prevented.

What gave you the inspiration for this approach?

The inspiration came from a nice paper of Jianbo Wang from Peking University in Beijing [1], who developed related reactions using palladium catalysts. We thought that our cobalt catalysts could potentially be more active and more selective, as they show a reduced tendency to undergo unwanted carbene dimerization in general.

Does this approach have a broader impact for the scientific community?

I hope it will help in the development of new antibiotics and facilitating their synthesis. After all, the method allows the cheap and diastereoselective formation of ß-lactams. 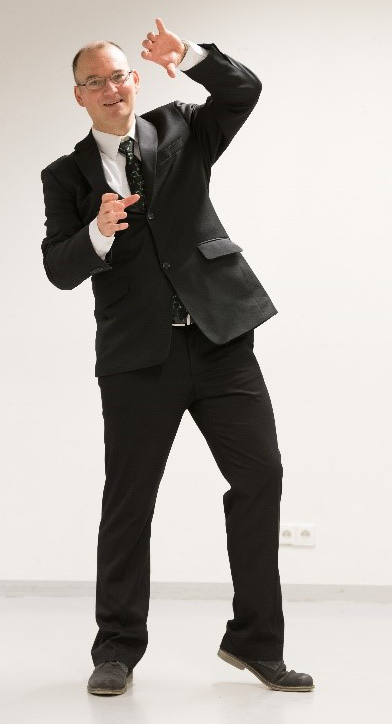 Note though that a disadvantage of our current method is that we don’t have any direct control over the enantioselectivity. This is because the mechanism involves the formation of free ketenes, which are subsequently trapped by imines. This currently limits the broad applicability of our method.

Which part of this work proved the most challenging?

Figuring out the optimal reactions conditions was most time consuming and challenging, but substrate screening also took quite some time.

What new scientific avenues does this work open?

In general, I think that we have only barely touched upon the possibilities of cobalt carbene radical intermediates in organic synthesis. These unusual cobalt-bound organic radicals can do so many unusual transformations, that I foresee that we will have a lot of fun exploring that for many more years to come.

We are currently exploring ways to make chiral analogs of the [Co(MeTAA)] catalyst and we are investigating several new reactions based on cobalt carbene radical reactivity in general. We are also trying to perform the catalytic radical-type reactions in molecular cages to explore how site-isolation and a confined space are of influence on these reactions. This research has, in fact, spawned several, almost endless, ideas for further research.

The journals European Journal of Inorganic Chemistry (EurJIC) and European Journal of Organic Chemistry (EurJOC) are celebrating their 20th anniversary with a Special Issue highlighting the best of the Past, the Present and looking forward to the rising stars of the future. The first few issues of the journals twenty years ago provided the names for the invited authors of the “past and present”.

As immediate past chairman of the Editorial Board of EurJIC, you belong to the present of EurJIC. The Editors were delighted to find your name amongst the authors in the first few issues of EurJIC. The article we discussed was your contribution to this celebratory issue.

The article they talked about