The Jung Chemiker Forum (JCF, German Young Chemists Network) is a division of the Gesellschaft Deutscher Chemiker (GDCh, German Chemical Society) which represents chemists up to the age of 35. About 10,000 young chemists are organized in more than 50 regional groups all over Germany. We organize and coordinate events for undergraduate and Ph.D. students, such as talks, job fairs, symposia, and workshops. All of this results in a big network with national and international contacts.

Looking for a New Event 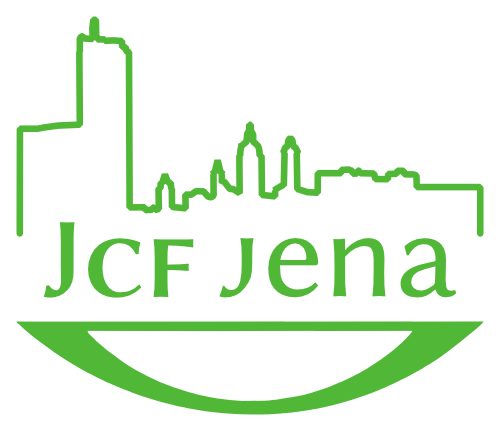 The regional JCF group in Jena was looking for a new event to put on and has implemented an escape room for students, where the participants had to solve riddles using their power of deduction and their chemical knowledge. The escape room was part of a so-called MINT Festival. MINT is a German acronym for mathematics, informatics, natural sciences, and technology, similar to STEM in English-speaking countries. The event’s aim was to raise the students’ interest in science, especially in chemistry. Students from local high schools participated in groups of eight.

After a quick safety introduction, the students started to investigate an old laboratory. Unluckily the door “closed” and the oxygen levels started to drop dramatically so that the students would only be able to breathe for another 45 minutes. However, they had heard the story of Professor Döbereiner, a catalysis expert and professor in Jena, who lived from 1810 to 1849 and worked with platinum catalysts.

As it turned out, the students found a platinum net and ten test tubes, each with a four-digit code, in the lab. They knew that one test tube out of the set of ten contained hydrogen peroxide, the other nine contained only water. Platinum catalyzes the decomposition of hydrogen peroxide, during which oxygen is formed. Each digit of the four-digit number on the correct test tube was the solution to one experiment that was prepared in the laboratory. The group had to split into smaller groups to work on the experiments in parallel—otherwise, they could not complete the escape room and “survive”.

How to Survive the Escape Room

The JCF Jena provided some minimal explanation on how to proceed. For example, the students found a paper in the fume hood: Which salt is it? Next to the unknown salt, they found five labeled ones (LiCl, NaCl, KCl, CaCl2, and BaCl2), a Bunsen burner, matches, some sticks, as well as another paper that helped them to translate the color into the right element with a small riddle. In addition, there were five test tubes which were labeled with Li, Na, K, Ca, and Ba. From these, they had to pick the test tube corresponding to the salt. 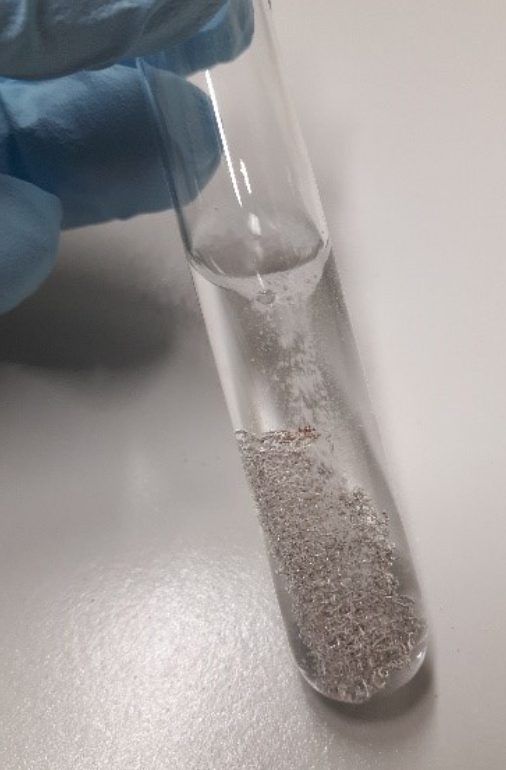 Another experiment had to do with secret ink. There was a paper with many different colors and a symbol drawn with invisible FeCl3-solution. The only hint was: Which symbol is on the paper? Use the right solution to make it visible, one will destroy everything … The solutions provided contained Na2SO4, Na2CO3, NaCl, and KSCN. Careful tests showed that the use of the KSCN solution caused a strong color change and an old element symbol appeared. They had to pick the test tube with the right symbol.

The third experiment was a precipitation experiment. An unlabeled solution of CaCl2 was provided and the students had to determine the cation. For this, they had the information on how K+, Ca2+, Fe3+, Tl+, and Ag+ react when in contact with the anions Cl–, SO42–, CO32–. Systematic tests with the different anion solutions then indicated that the solution must contain Ca2+ as the unknown cation, and the students had to pick the right test tube.

Another experiment involved the careful observation of colors during a reaction. Indigo carmine was mixed with a solution of glucose and a solution of NaOH that had been prepared before. Then the students had to watch the play of colors and find the right order of colors which corresponds to the correct test tube for this experiment.

Once the students had the four test tubes with the solutions of the experiments, they then had to realize that the amount of water in milliliter in each test tube provided the code that allowed them to escape from the old lab. Luckily, every group managed to solve the chemistry riddle in time, picked the right test tube with hydrogen peroxide, and produced their vital oxygen. The students were able to leave the laboratory alive, received a prize, and were invited to discuss the experiments in more detail. In addition, the participants asked plenty of questions about studying chemistry at the university level and were provided with useful material about the GDCh and the JCF.

This event is particularly successful because it addresses students from local high schools and helps them to get in contact with a university. With this event, we hope to find new students for the chemistry program and members for the JCF Jena. We received great feedback, which encouraged us to improve our approach and to offer the escape room event again, maybe even in schools and not in the university. 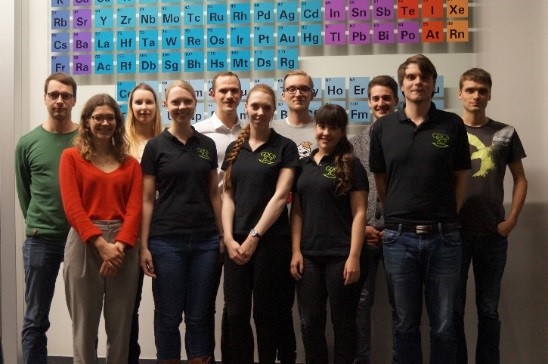