In some stressed and diseased cells, unfolded or misfolded proteins form in increased numbers. This leads to the accumulation of dysfunctional proteins. Research tools that are capable of quantifying this phenomenon could be useful to identify the underlying causes of biological abnormalities in such cells and even provide a method for early disease diagnosis.

Yuning Hong, La Trobe University, Melbourne, Australia, and colleagues have developed a maleimide‐functionalized tetraphenylethene (TPE)‐derivative, TPE‐NMI, which acts as a fluorescent dye. TPE-NMI can be used for visualizing and measuring the unfolding of proteins. The molecule is non-emissive in its unreacted form. It switches on its emission when its maleimide group reacts with the thiol groups of cysteine residues on the surface of the unfolded proteins (pictured below).

TPE-NMI shows enhanced emission in cells where protein unfolding was induced by various stressors. It can easily pass through the cell membrane. The compound could potentially be further modified to design other fluorogens specific to biomolecules or cellular organelles of interest. 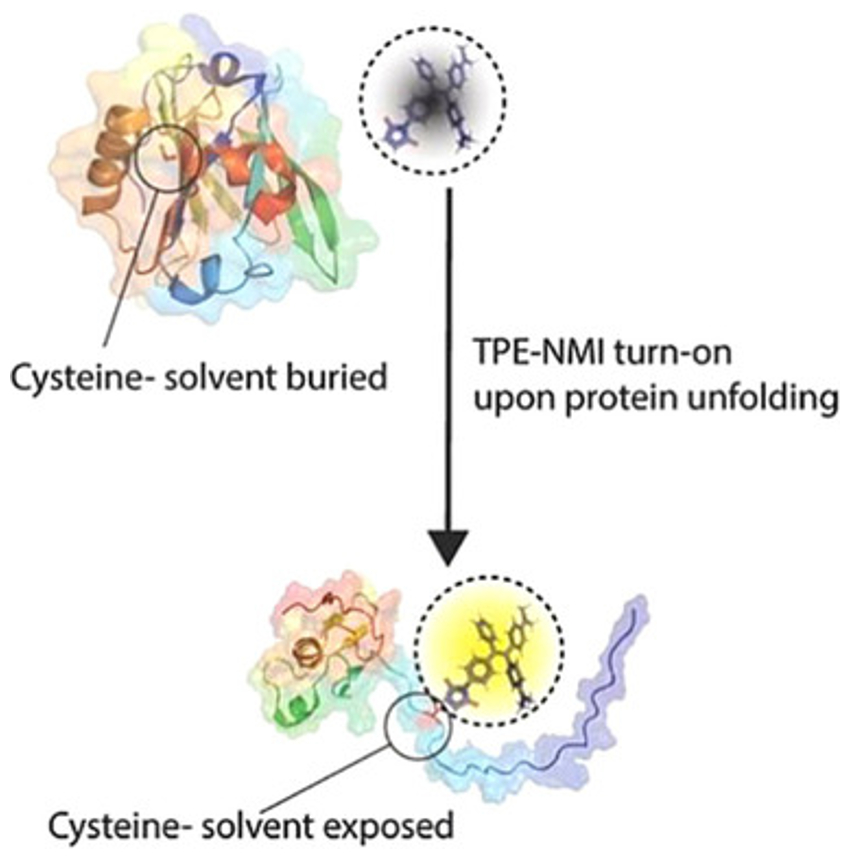