Peter Spiteller, University of Bremen, Germany, and colleagues have investigated the chemical composition of the fruiting bodies of the basidiomycete Mycena rosea (pictured above on the left). The team isolated mycenarubin C, a previously unknown red pyrroloquinoline alkaloid  (pictured above on the right). They investigated the biosynthesis of this compound and found that it can be formed from mycenarubin A, the major pyrroloquinoline alkaloid in the fungus, by a reaction with formaldehyde.

Formaldehyde is a toxic compound. This led the researchers to the detection of a chemical defense mechanism in M. rosea: The fungus uses the formaldehyde to inhibit the growth of the mycoparasitic fungus Spinellus fusiger. As a “countermeasure”, S. fusiger can produce large amounts of gallic acid, presumably to inactivate the toxic formaldehyde by the formation of Mannich adducts with amino acids and gallic acid (pictured below). 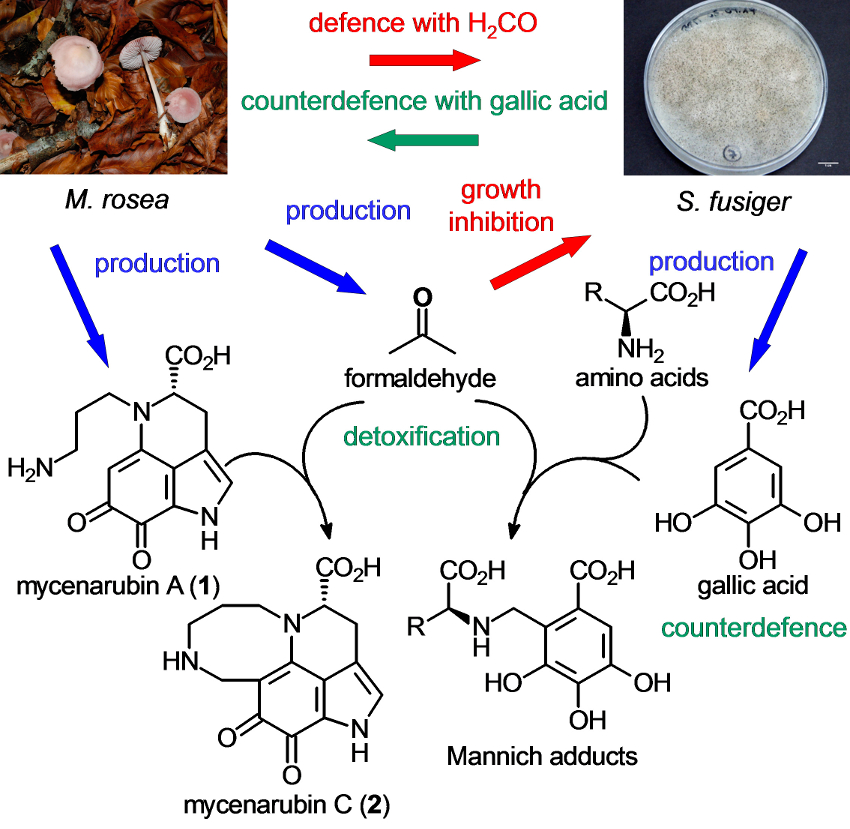