Parkinson’s disease and other neurodegenerative disorders affect millions of people worldwide, but the exact reason for their onset is still unknown. Several factors may be involved, such as oxidative stress, dysregulation of metal ions (especially copper ions), and the abnormal aggregation of α-synuclein (pictured), an intrinsically disordered protein found in brain tissue. How these factors are correlated to each other is an open question.

The team found that copper and acrolein compete with each other to target a histidine residue of α-synuclein. Copper can bind to the protein at different sites, while acrolein forms Michael adducts or Schiff bases (pictured below; Cu2+‐binding sites on top, acrolein adducts on the bottom). These changes can affect the formation of aggregates of α-synuclein. According to the researchers, the potential synergistic effects of these two factors might play a role in the onset and progression of Parkinson’s disease and related diseases. 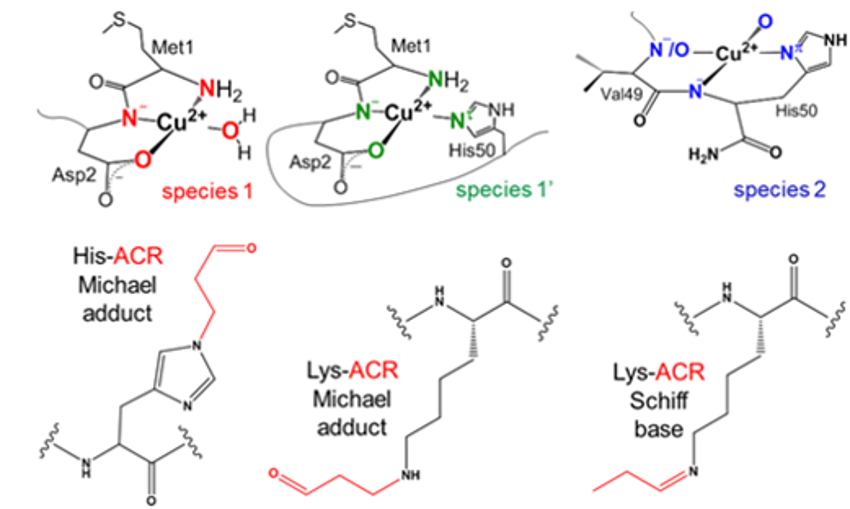