What controls phenomena as varied as the shape of a soap bubble, the beading of a dewdrop on a leaf, the dewetting of oil in a Teflon pan, the tears of wine, the meniscus around a fishing line, or the difficulty in extracting certain oils from petroleum rocks? The answer to all of these questions is capillarity, which tends to minimize interfaces and whose origin is microscopic (see Fig. 1a). 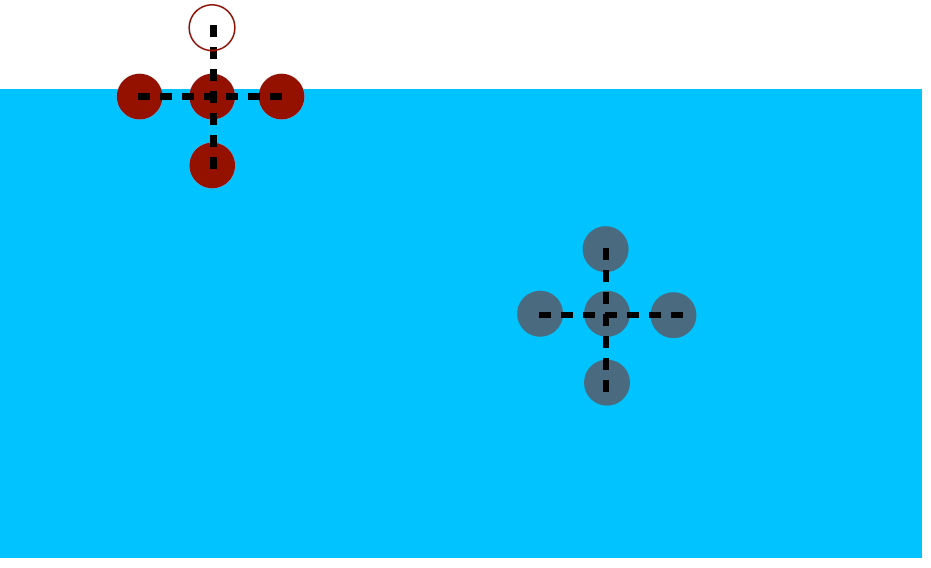 Figure 1a. In the bulk of a cohesive material, molecular interactions stabilize the molecules (gray circles). However, at the interface with another material, the molecules (red circles) “see” fewer neighbors of the same type and are therefore relatively “frustrated”, which generates an excess of energy per unit surface, γ.

Indeed, the molecules of a liquid have a certain affinity between them and attract each other, thus ensuring the cohesion of the whole.

Now, imagine adding a border – an interface. In doing so, the interfacial molecules become less surrounded by neighbors of the same type, and therefore “frustrated”. The macroscopic consequence is an excess of energy per unit surface, γ, which causes the system to tend to minimize interfaces.

Although capillarity may, at first sight, seem to be specific to interfaces between fluids, in particular at small scales (where it prevails over other effects like gravity), interfaces involving a solid also have an energy cost, and this is what controls the wettability of a material via the Young-Dupré relation (see Fig. 1b) [1]. 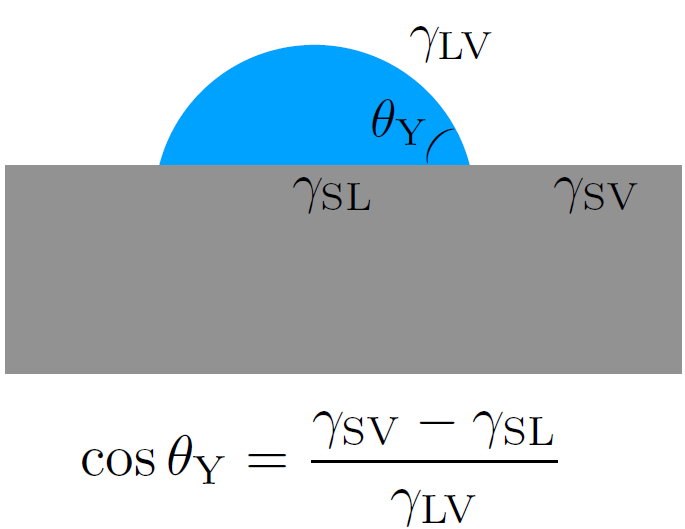 Figure 1b. According to Young-Dupré’s law [1], the surface energies of the three interfaces – liquid-vapor (LV), solid-vapor (SV), and solid-liquid (SL) – determine the equilibrium contact angle θY of a liquid droplet (blue) on a solid substrate (gray), and, therefore, the wettability of the latter.