In some proteins, the polypeptide chains wrap around themselves with occasional entanglements and/or covalent crosslinks (for example, disulfide-, ester-, or isopeptide bonds) upon folding, and thus, form topologies such as knots or slipknots. The discovery of these natural “topological proteins” has inspired researchers to develop artificial topological proteins. However, it is hard to control the chain entanglement and coupling sites in the biosynthesis process of proteins. Catenanes are examples of such entangled structures, where two or more rings are mechanically interlocked.

All components encoded in this gene sequence then play a role in the assembly process after the translation from gene to polypeptide: The SpyTag–SpyCatcher reaction is a peptide–protein coupling tool. The p53 dimerization domain (p53dim) can direct chain entanglement to provide a template for the synthesis of protein catenanes. The TVMV protease enables in–situ chain cleavage. The split-intein pair can be used for cyclizing proteins.

The resulting assembly process is pictured below. The protein chain first folds into an intramolecularly entangled structure. TVMV protease causes a chain cleavage at the loop region. Finally, the SpyTag–SpyCatcher reaction (pictured in blue/red) and the reaction between the slit-intein pair (pictured in lavender) close the first and second ring, respectively, to form the desired heterocatenane. Genes for additional proteins of interest (POIs, pictured in violet) can be introduced into the sequence to create branched heterocatenanes. 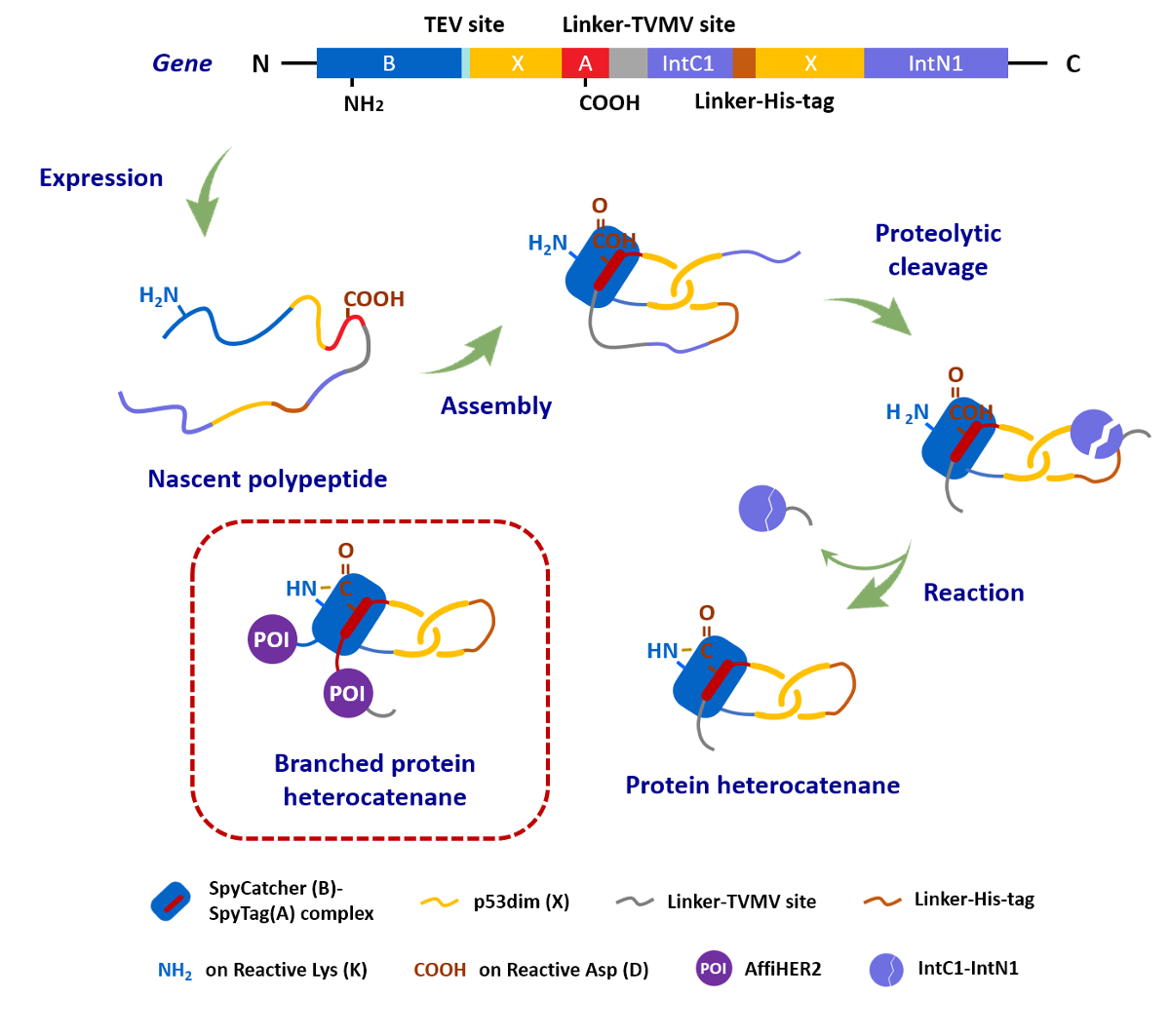