Genetically modified crops (GM crops) are plants used in agriculture whose DNA has been modified by adding or removing genes using genetic engineering methods. Genetic engineering techniques include gene guns, electroporation, microinjection, agrobacterium (bacteria that transfer DNA between itself and plants), and more recently, CRISPR and transcription activator-like effector nucleases (TALEN; restriction enzymes that can be engineered to cut specific sequences of DNA) as much more precise and convenient editing techniques.

In 1994 the first commercial genetically modified (GM) plants were planted. They were tomatoes which had been genetically modified to slow their ripening processes, delaying softening and rotting. It was not until 1996 that a significant area of 1.66 million hectares was planted with crops with GM characteristics. Since then, there has been a large increase in plantings, and by 2018 the global planted area had reached over 191.7 million hectares. 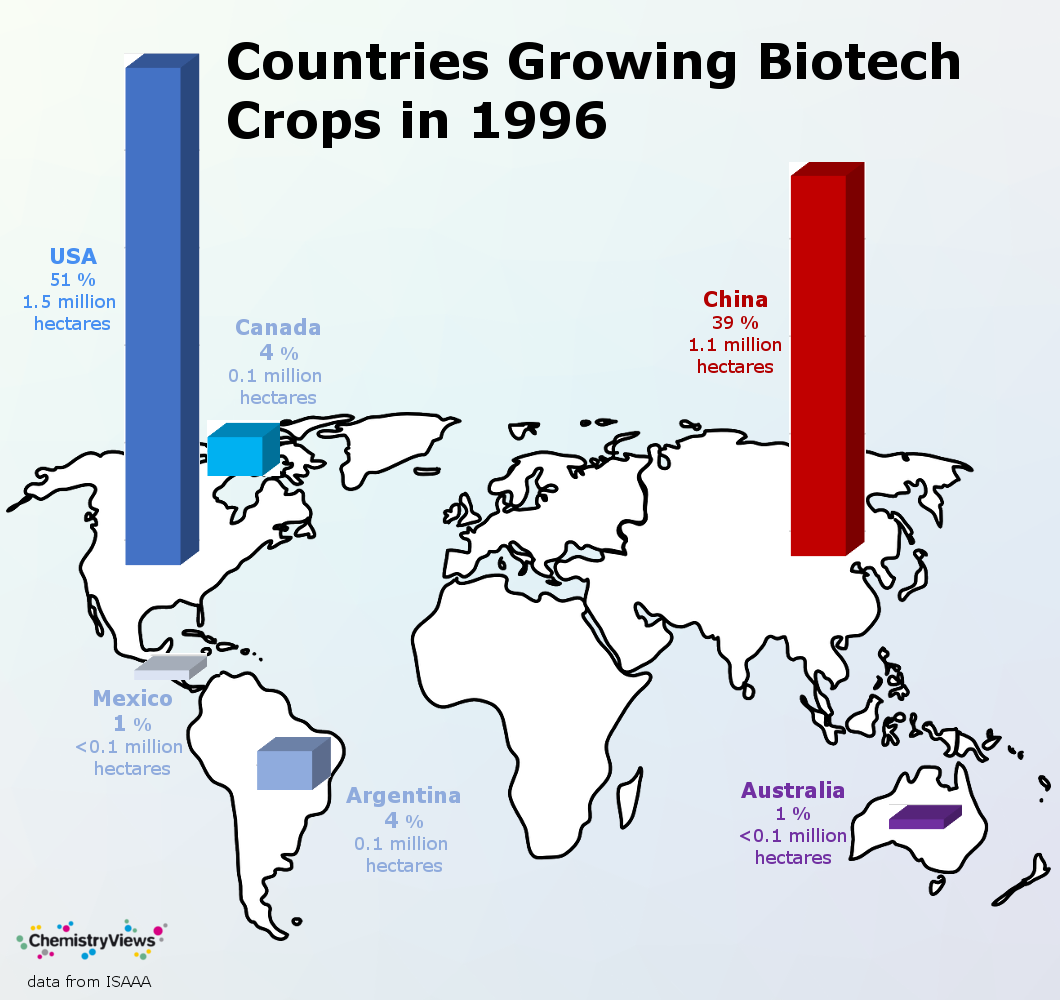 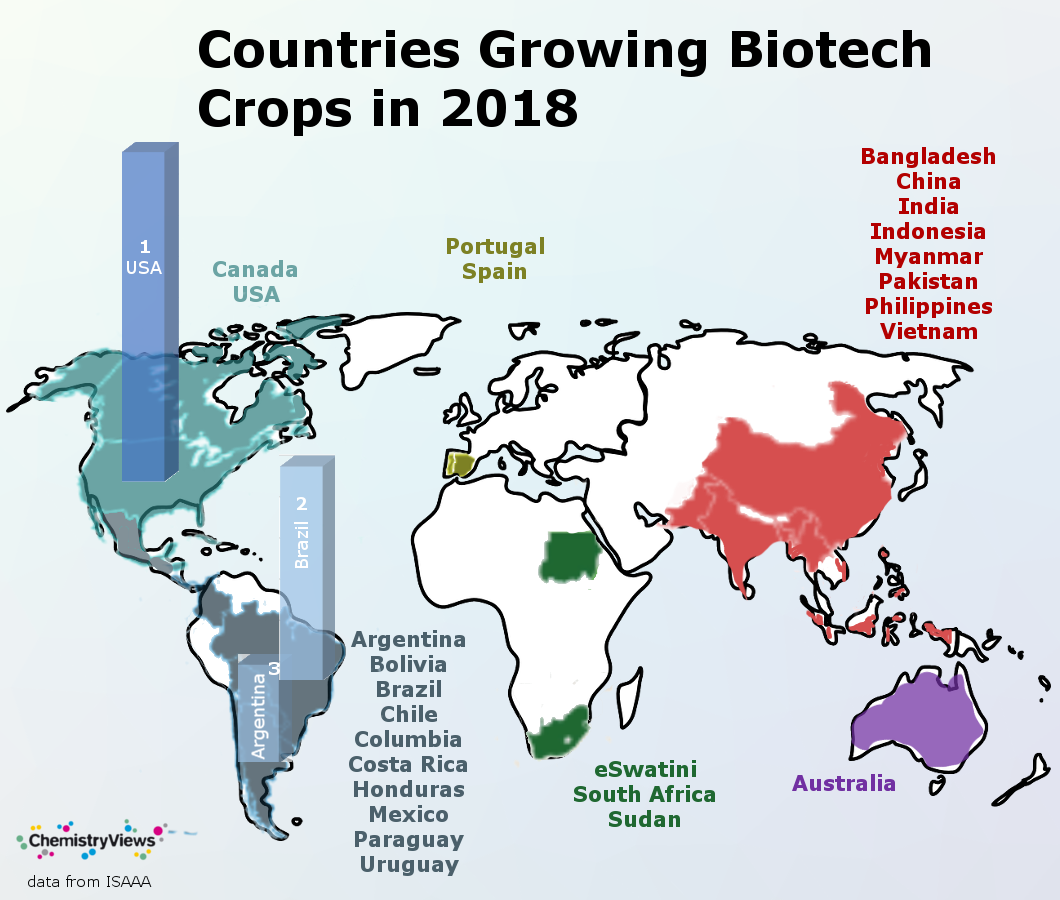 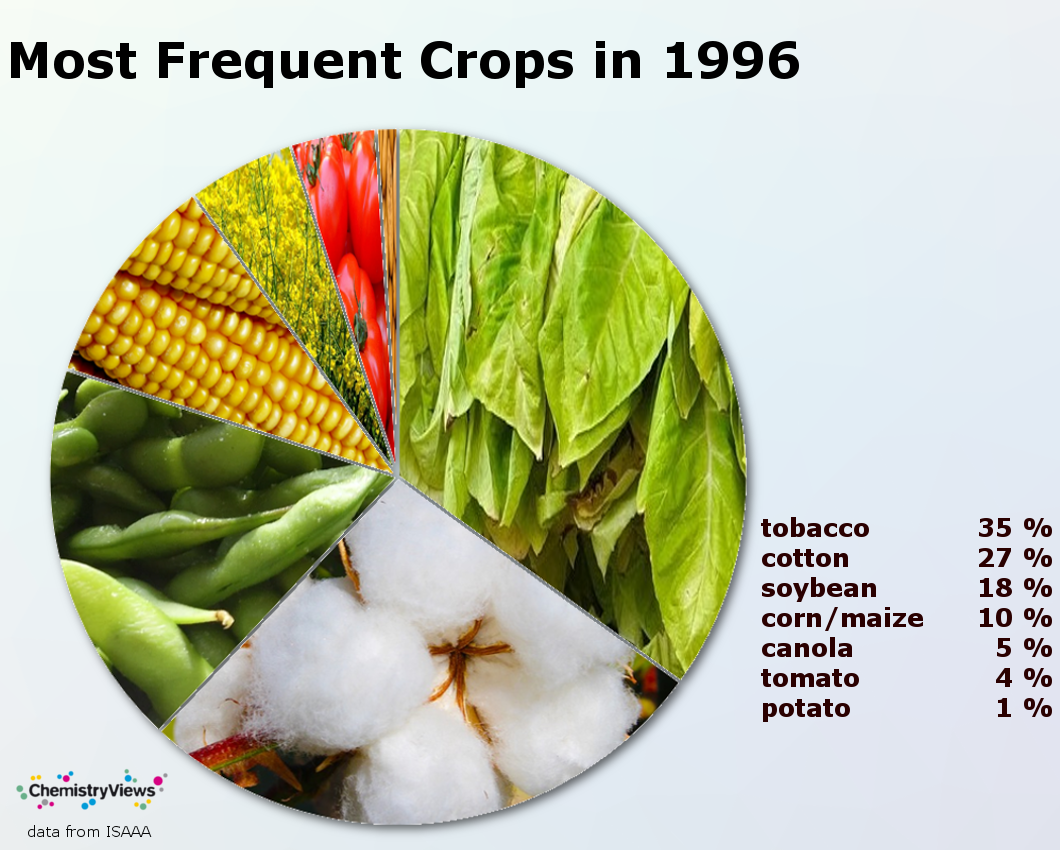 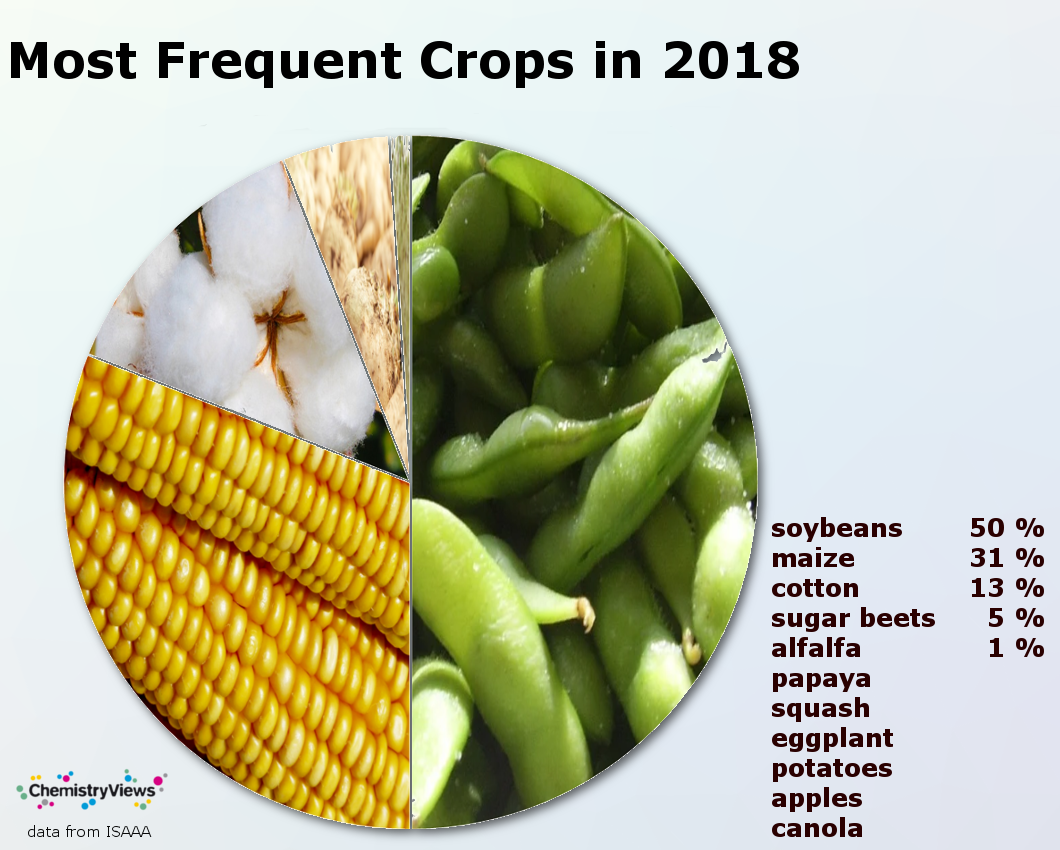 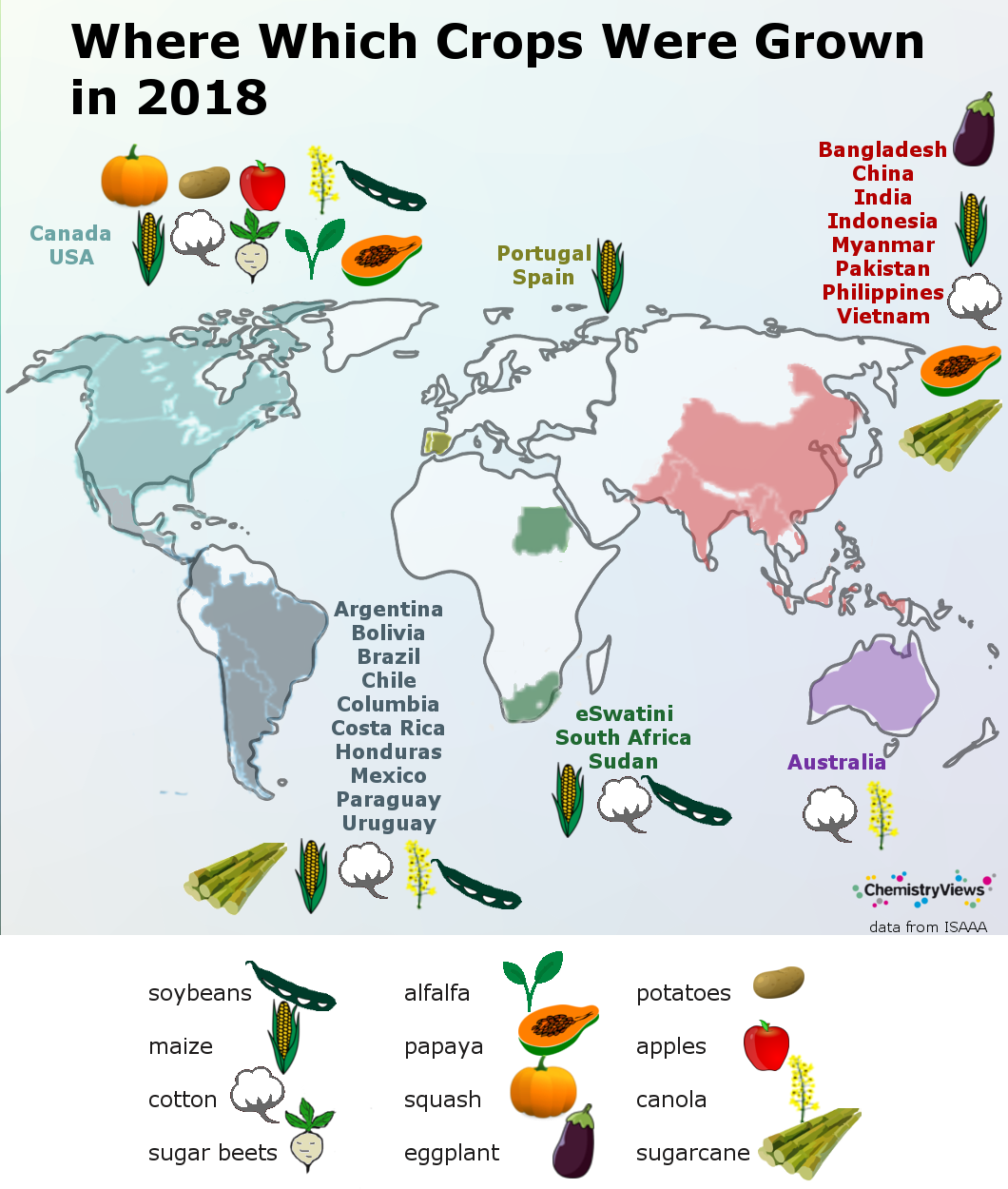 Dominant Trait for the GM Crops

Virus resistance was the dominant trait in the transgenic crop area in 1996 with 40 % of the global area. Insect resistance occupied 37 % and herbicide tolerance 23 % of the global share in 1996. Herbicide resistance means the plant can be sprayed with poison even while it is growing. Since 1996, most GM plants have been labeled herbicide-resistant. The best known is probably the resistance of GM soybeans to the weed killer glyphosate. Everything except the glyphosate-resistant soybeans dies. Today, major crop traits consist of herbicide tolerance, insect resistance, or both. Other traits include improved shelf life, stress resistance, production of useful goods such as biofuel or drugs, or the ability to absorb toxins.