The electrocatalytic oxygen reduction reaction (ORR) is important for renewable energy conversion systems, such as fuel cells and metal–air batteries. Single‐atom catalysts (SACs), where many atomic‐metal sites are separated from each other on solid supports, could be useful for ORR processes. Unfortunately, traditional SACs, made by embedding metal−nitrogen coordination sites in a zero- or one‐dimensional (0D/1D) carbon matrix, suffer from a lack of stability and electronic conductivity. 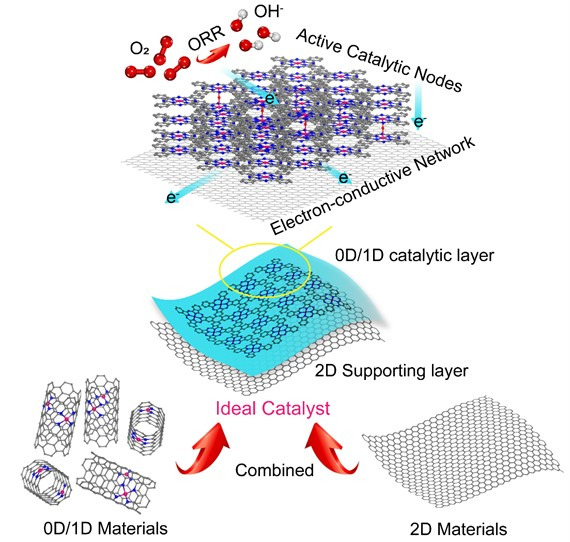 The product shows electrochemical ORR efficiency and stability compared with commercial Pt/C catalysts in alkaline solution. Based on density functional theory (DFT) calculations, the team found that the intrinsic activity of the catalyst originated from a newly formed FeN4-O-FeN4 bridge structure with an optimized adsorption ability towards ORR intermediates.