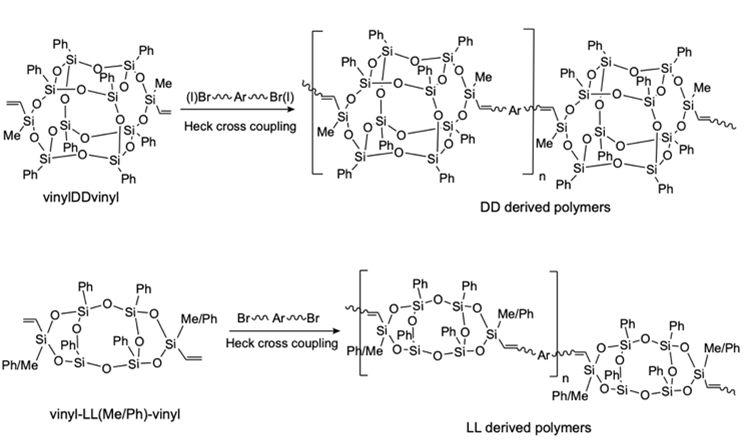 Richard M. Laine, University of Michigan, Ann Arbor, USA, and colleagues have replaced the DD units in these polymers with half cages, leading to so-called ladder (LL) SQs (pictured above). The polymers were synthesized via Heck cross‐coupling reactions of vinyl‐LL‐vinyl units with various dibromo‐aromatic compounds. The team assumed that without a cage, no conjugation would occur. Surprisingly, the LL-type polymers exhibited even more extended conjugation. According to the researchers, modeling and previous examples do not provide a basis for understanding this behavior yet. The LL systems could lead to new families of conjugated, conducting polymers with potential applications in displays, photovoltaics, or sensors.