Dr. Abel Locati is a C# developer in a fintech in Lisbon, Portugal. He talks to Dr. Gian Asara for ChemistryViews about the thrills and challenges of making a career change.

I completed my M.Sc. in organic chemistry at the University of Nantes, France. At that time I began looking for an internship position – the kind that is mandatory at the end of a master’s degree. However, all the spots in the organic and bio-chemistry labs I was most interested in were already taken, and I ended up in a joint experimental-theoretical lab: the Laboratoire de Spectrochimie et de Modélisation (now called CEISAM).

There I had the opportunity to work on both analytical chemistry and some “in-silico” chemistry in parallel. Despite this being my first contact with theoretical chemistry, I did enjoy it quite a lot.

At the time, it was a running joke in the lab that the interns who encountered their first experience with computational chemistry, or “compchem,” would ultimately drop the experimental part. The reason is that the compchem lab was the only place with air conditioning (because the servers were in the same room). I eventually ended up doing so, too, but not entirely for this reason!

After taking a one-year break from science to study Russian literature at the University of Lyon, France, I moved to Spain to work in the group of Prof. Feliu Maseras at ICIQ, where I started my Ph.D. in computational catalysis. Once this was completed, I accepted a post-doc position at the University of Evora (Portugal), where I performed calculations for an organic chemistry group.

I genuinely enjoyed the work there – as I did most of my research work. For a number of reasons, though, I decided to quit academia and chemistry altogether.

How did you come across your new career?

I worked for a few years in technical support and in digital marketing, and then decided to apply for programming jobs. I had always worked with computers and realized – later in my professional career – that I enjoyed my time programming. I decided to upgrade these skills and professionalize them in my free time. I created a YouTube channel related to gesture recognition and drones. It describes a program I wrote in JavaScript that allows someone to control a drone using a webcam. By analyzing the video stream from it, some basic commands can be sent to the drone without any need for a sensor.

This allowed me to get a job in software development. Currently, I am working as a full stack developer in Securibox, a fintech based in Lisbon and Paris.

What do you do in your current position?

I work for a company that develops cloud-based solutions for data and document aggregation, organization, and analysis. You can think of it as a kind of cloud storage (like Dropbox) that automatically gathers all your official documents in one place. Its main clients are banks and accounting agencies that use the company services to automatically handle some of their documents.

My job consists of maintaining these applications and developing them by adding new features. I mostly code in C# and JavaScript, working both on the frontend and the backend of the software. Due to the high number of features and maintenance to be done, there is always something new to learn.

How much of your job is related to chemistry?

I do not have a professional application for my chemistry knowledge any longer, but the chemical reactions of the fermentation process still occupy a spot in my life as a hobby – namely, brewing my own mead.

I do apply some of the skills I developed during my research years, though. A problem-solving mindset and the ability to cope with frustration are aspects that become highly developed and trained in scientific investigation, at least in my personal experience. The academic world can be challenging at times, especially when the relevance of your own work ultimately relies on the work of others. This definitely helped me in coping with all the frustrations I had later in my professional career.

What other skills do you need?

I spend most of my working days coding, so the most important thing is to have a logical mind. Being a developer is actually not too far removed from being a researcher. After all, the D in R&D stands for development. The process of analyzing a problem and finding a solution to it is not so different from the mental process I was using when studying a catalytic mechanism, for example.

What do you enjoy most about your job?

What I most enjoy about my job is how it challenges me to overcome my limits, making a learning experience out of most assignments. When I code, I feel alone with my program, and I can immerse myself in it and in my thoughts. That is probably the thing I enjoy the most.

Are there any aspects you would like to be different?

I enjoy my job very much, but I still miss some aspects of research. Mostly, the possibility to always read articles about cutting-edge research. As a chemist, the first thing I would always do every morning was to browse the Just Accepted papers of the journals that mattered to me. It was a very good source of ideas that I could end up applying to my own work. Browsing papers also always made me feel that my research had meaning and value. Attending conferences was also always very satisfying, both intellectually and from a networking standpoint. I couldn’t name an equivalent for these in the software development world.

Is there anything else you miss from your time at the university?

First, I miss the intellectual freedom that I usually had when doing research. Even if I had an appointed line of work and I needed to work on the topic at hand, I still had plenty of room to indulge my curiosity. If I found an article that sparked some interest, I knew I could start to deep dive on that, at least to the extent that I could link it to my line of research.

Secondly, something I have always liked was the possibility to have a flexible schedule, at least in my experience with computational chemistry. There is flexibility in the software development world as well, but to a lesser extent due to the need of meeting the client’s expectations.

What was the biggest challenge in changing jobs?

The most challenging part for me was to actually make the career change. Once you leave academia, or the research world in general, the decision is irreversible. There are always exceptions of course; but in general, it’s a point of no return.

Why did you decide to move from academia and chemistry to this job?

There are two main reasons why I left academia: The first is the high degree of precariousness inherent to the academic positions. If you haven’t secured a lecturer or a tenure position (which is not too easy, to say the least), then you need to move where the (precarious) positions are located. Not only do you need to be flexible, but you also need to go where the position brings you, which is not always the place you pictured living. And if you work in a field that is not too popular – say, computational catalysis – then the possibilities are even more scarce. Even if you do find a position in a place you like, then keeping it is always a challenge. It depends on your results, your lab, and other reasons out of your control.

The second reason, and the one that mattered the most to me, is the high level of frustration that goes along with most of the research work. Even if, as a researcher, you usually have a high degree of independence, both intellectually (e.g., how you are going to implement your ideas into your line of research) and practically (e.g., your schedule), you still are dependent on others.

Sometimes what you do is conditioned by the work of others. If your research is very collaborative and some of your colleagues cannot complete their part for any reason, there will probably be no outcome for your work. If your boss or your lab decide to change the line of research, a big part of the work you have carried out may become useless or irrelevant.
Outside academia these two things happen as well, but to a lesser extent.

What advice would you give to students pursuing a job in this area?

I suppose I can only give advice to the computational chemist student, since that is what I know the most.

I would say, don’t miss any occasion to program or code, and take advantage of all the (many) opportunities you will have to apply those programming skills to your line of research. Computational chemistry is a big world, and working on biomolecules, on materials, or on catalysis are very different things. But the job market is not that big for the computational chemist. Except for specific cases, such as if you happen to work on some specific biosystems that will interest some pharmaceutical companies, the positions are pretty scarce. The market is not that big within academia, either, and outside the scientific world, few companies will value your Ph.D. for itself or for the computational chemistry knowledge it signifies.
In contrast, programming is a skill that is in high demand everywhere.

Personally, I had never felt the urge to apply programming to my research. I had several occasions to do so, but either for inertia or lack of interest, I always tried to avoid it. When I decided to make a career change, having done otherwise would have spared me countless hours at night working on upgrading these skills.

So, my advice would be: Don’t waste your chance to hone your programming skills! 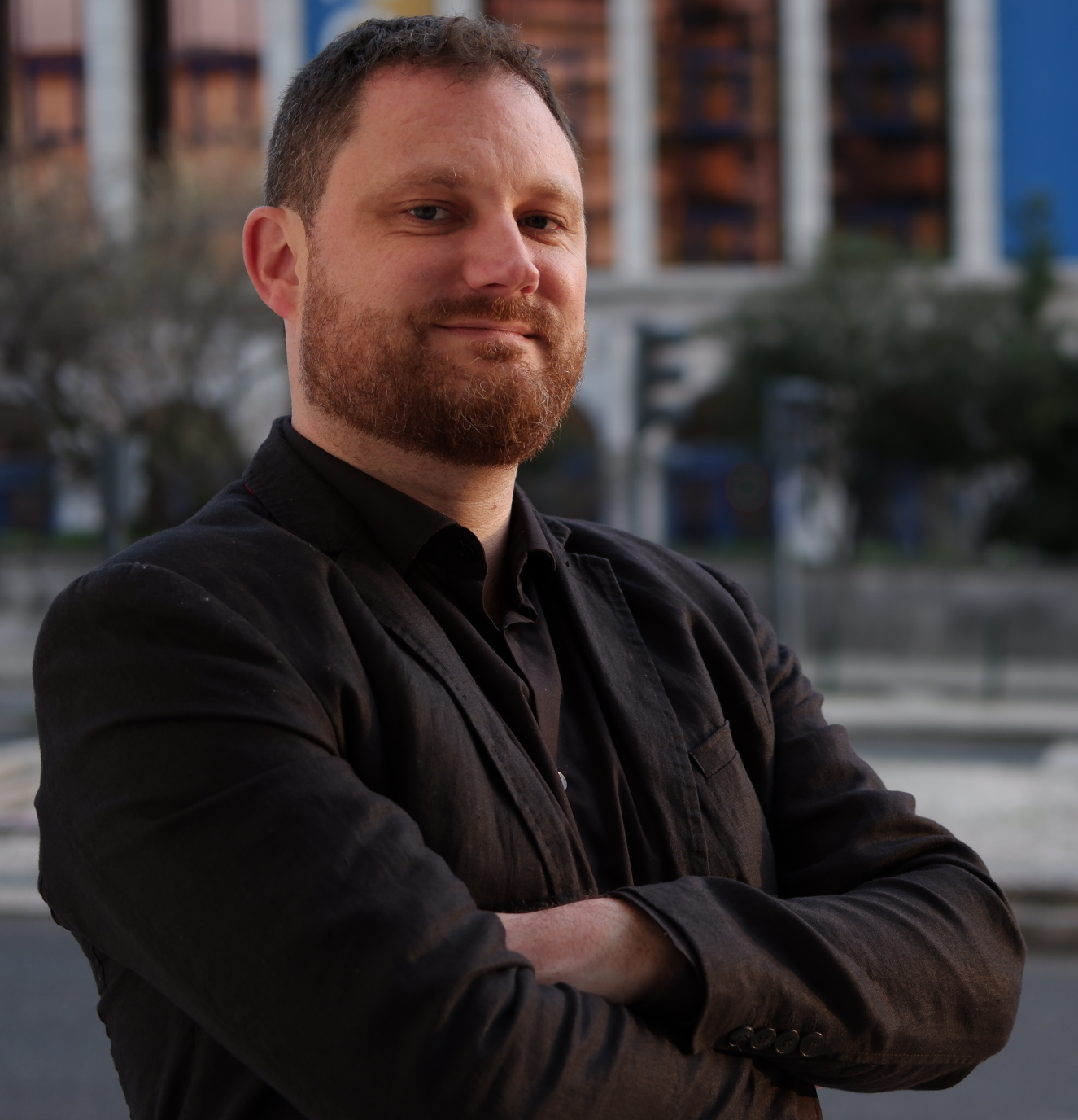 He is now a full stack developer at Securibox, a fintech software company in Lisbon, Portugal.

All interviews in the ChemistryViews series Chemists Talk About Their Jobs