The activation of cells by light can be achieved using light-responsive proteins encoded in the cell’s genes. However, the range of applications of this technique has been limited due to the need for genetic manipulation. Such optogenetics approaches can only be used to control a limited number of proteins, which, in turn, limits the controllable behavior of the cells.

Satoshi Yamaguchi, The University of Tokyo, Japan, and colleagues have used photo-degradable protein-polymer hybrid shells for the regulation of the functions of intact cells without genetic manipulation. The team coated cell surfaces completely with a photodegradable shell that is held together by biotin–streptavidin binding. Streptavidin is a protein with a very high affinity for biotin. The team first covered the cell surfaces with a biotinylated poly(ethylene glycol) (PEG)-lipid with a photocleavable linker. Then they coated the cells by repeatedly layering streptavidin and micelles composed of the PEG-lipid and a photocleavable biotinylated “four-arm” PEG (pictured below). 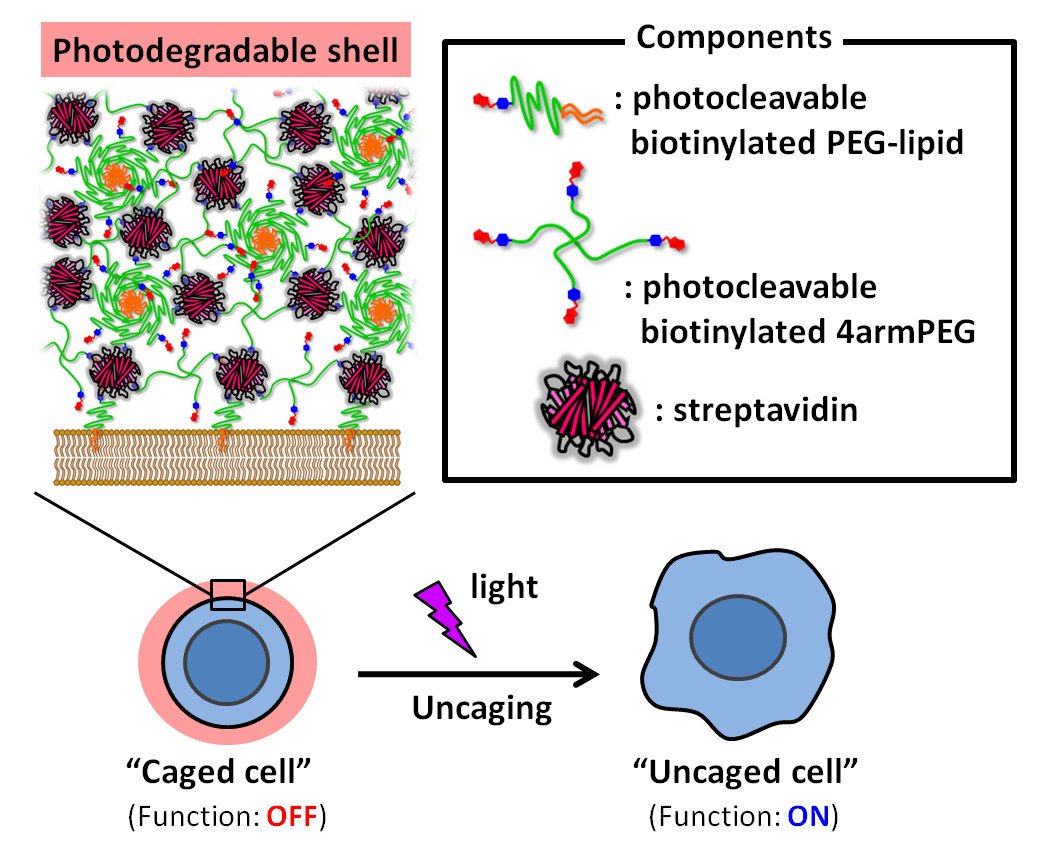 The steric hindrance of the resulting shells inhibited cell functions such as cellular adhesion, cell extension, and cellular phagocytosis (the cellular process of uptake and digestion of large extracellular particles). These functions could then be reactivated by light-induced degradation of the shells. The caged cells can be activated anywhere, including in vivo, which makes this method promising for both fundamental studies and various applications, e.g., the selective delivery of therapeutic cells.