Cyclopropane rings are often found in bioactive and natural compounds, and substituted cyclopropanes are versatile building blocks in organic synthesis. Boron analogues of cyclopropane can have unique electronic properties and reactivities, but they are quite rare because of the electron-deficient nature of boron and the high ring strain of such molecules.

Liu Leo Liu, Southern University of Science and Technology, Shenzhen, China, Lingbing Kong, Shandong University, Jinan, and Nankai University, Tianjin, both China, and colleagues have synthesized the first examples of neutral diboron analogues of cyclopropanes (pictured above), namely diborirane derivatives coordinated by N-heterocyclic carbene (NHC) ligands. The team first synthesized the precursor FluB(NHC)BBr2(NHC) (Flu = fluorenylidene; NHC = 1,3-diisopropyl-4,5-dimethylimidazol-2-ylidene). This precursor was then rearranged by dissolving it in chloroform at room temperature, or heating it in toluene at 80 °C to give the desired product, FluBBr(NHC)BBr(NHC), quantitatively.

The team explored the reactivity of the synthesized diborirane. They found that it can undergo electrophilic and nucleophilic attack, hydrogenation, and oxidative functionalization and that it might also be useful for constructing other main group heterocycles (examples pictured below). The researchers believe that the diboriranes could open up new avenues in organoboron chemistry. 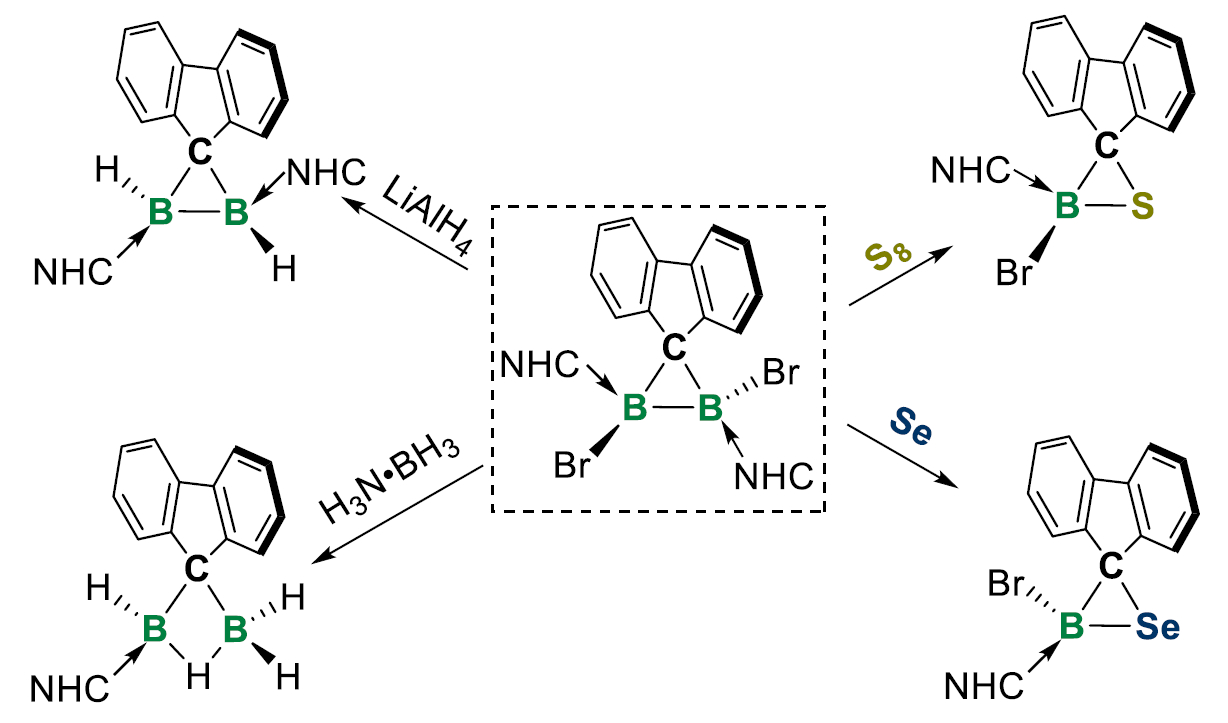