Belgrade — the Serbian city where the rivers Danube and Sava meet — was also the meeting place for 600 analytical chemists during the EUROanalysis meeting September 11–15, 2011. With 136 oral contributions and 560 poster presentations, new advances in the field were presented and discussed amongst enthusiastic participants from all over the world.

The EUROanalysis meeting was organized for the 16th time and had a special focus on “Challenges in Modern Analytical Chemistry”. This motto covered cutting-edge research of several subfields in analytical chemistry, including theory, methods and applications.

Two prizes were awarded at the conference. Professor Jonas Bergquist from Uppsala University, Sweden, was awarded the “Robert Kellner Lecture Award”. His lecture was entitled “Diving Deep into the Chemistry of the Brain”. The late Professor Robert Kellner played a strong role in the consolidation of analytical chemistry in Europe. This is also reflected in the popular textbook Analytical Chemistry edited by Professor Kellner and co-editors (Wiley-VCH), which will be published in an updated 3rd edition in the near future. 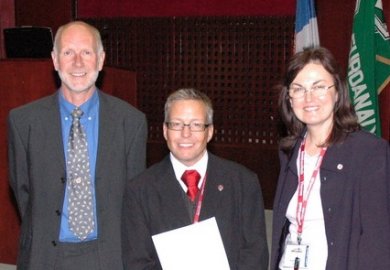 The recipient of the “EuCheMS Lecture Award” was Professor Alfredo Sanz-Medel from the University of Oviedo, Spain (pictured below). His talk focused on “The Expanding Scope of Analytical Atomic Spectrometry: Isotopes, Elements, Molecules and Nanoparticles via Mass Spectrometry”. 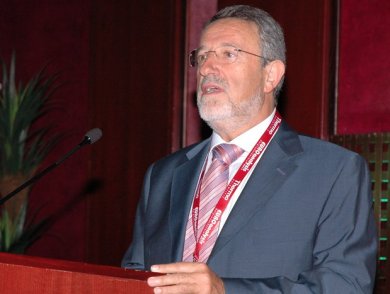 After discussing many hot scientific topics, the attendees enjoyed an equally hot summer evening at the conference dinner at Restaurant Jezero on a small river island. As the band played international hits, the analytical chemists brought the moves from the lab to dance floor — a whole range of rotations, vibrations and spin states could be observed.

The next EUROanalysis meeting will take place in Warsaw, Poland, August 25–29, 2013.