Frances H. Arnold is Professor of Chemical Engineering, Bioengineering and Biochemistry at the California Institute of Technology, Pasadena, CA, USA. She is an internationally recognized scientist and the recipient of this year’s Dankwerts Lecture on the occasion of ECCE/ECAB 2011. She pioneered methods of directed evolution to create useful biological systems, including enzymes, metabolic pathways, genetic regulatory circuits, and organisms.

Dr. Vera Koester, ChemViews magazine, spoke to her about using methods of laboratory evolution to generate novel and useful enzymes to solve human problems for applications in medicine and alternative energy.

Design by evolution: engineering biotechnology in the 21st century was the title of your lecture. What does that mean?

I think biology is a very good place to look for some of the solutions to important problems of the 21st century. To do this we’ll have to engineer biological systems, that is reprogram their DNA code. This is a very challenging thing to do, but there are some remarkable new technologies emerging.


What does reprogram mean?

Reprogram means changing the DNA that programs an organism’s behavior, its functions. By altering the DNA you can generate a new function, one that could, for example, produce a renewable fuel or a chemical.  Natural organisms have evolved to survive and reproduce, not to solve human problems such as making renewable fuels or medicines. So if we want to reprogram organisms to do that, we have to re-write the DNA code to tell them how. That is very hard to do, and we are just starting to learn.

Why do you think engineering biology is the right answer to human problems?

My argument is that evolution is an excellent algorithm for designing biology. It’s responsible for the great diversity and high functionality of biological systems that exist today. It is also an algorithm that we can use to redesign organisms to solve human problems like curing diseases or making fuels and chemicals sustainably. Biology is very clever, and many solutions to important problems can be found by engineering it.

To do this we have to learn how to “breed” molecules just like we have been breeding organisms, cats, dogs, racehorses, carrier pigeons, or corn. If we can breed at the level of molecules, it creates a number of new challenges, because we now have to make decisions that we didn’t have to make in the past.

How to make mutations, how to recombine DNA, knowing what properties of molecules we can hope to improve, identifying the optimization algorithm that we should use. It is a chemical optimization problem.


How far along is the research in this area? 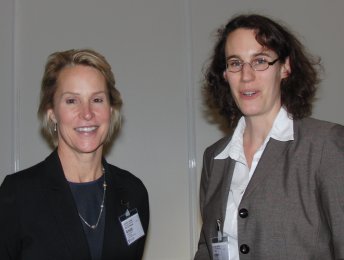 We are just at the beginning. For most of the problems we work on, we know what the protein or enzyme is supposed to do. So we have a list of specifications or properties that we wish to alter. But we are very far from being able to design the sequences to meet those specifications, to specifically and precisely rewrite the sequence. So we use evolution to assist us: by randomly mutating the DNA and seeing the effects, we can start to explore what really matters.

I don’t think we are going to be able to rationally design enzymes any time soon, because what we find with these evolution experiments is that solutions are very complicated. They are hard to reverse engineer—to discern mechanisms of improvement—even when the sequences have minimal changes. It is hard to understand how those changes gave rise to the new properties. So it doesn’t look good for rational design. But that’s okay! It’s okay, because evolution works. We have a good mechanism for solving problems using biology by engineering these systems for new and useful properties.

What you don’t know up-front are the specific amino acid substitutions that give rise to that. Thus you make mutations randomly and you use a selection or screen to find the ones that work. We usually force a microorganism to make the mutant enzymes and simply screen them in 96-well plates, iterating mutagenesis and screening in order to accumulate beneficial mutations.

When you sequence the genes that encode improved enzymes, you discover where the beneficial mutations are. Catalysis is very sensitive: very small changes in a protein structure or sequence can give rise to measurable changes in catalytic properties, and sometimes those changes happen 30 Å away from the active site where the chemistry is happening. It is very difficult to attribute effects to a particular change in structure, dynamics, hydrogen bonding, or electrostatic interactions. But directed evolution allows you to discover those changes.


What attracted you to this topic, because you originally came from chemical engineering?

I turned to biology and enzyme engineering because I found enzymes fascinating. Unlike other engineering platforms in chemistry, materials, electronics, we have evolution. We are very lucky. Enzymes are very complicated, but we have this wonderful algorithm for engineering them.


So what do you think will be the main problems we will be able to solve with biology?

One of the biggest is how to make use of renewable resources: how do you use sunlight and carbon dioxide in the form of plant material to replace fossil fuels? That’s what I work on. But there are a number of applications for biotechnology all of which can be improved by using evolutionary methods, such as finding new medicines or industrial catalysts.


How can you make sure you are not creating something that will get out of control?

Well, I am talking about making proteins. Proteins aren’t alive, and they won’t go out of control. There are people who are worried about synthetic biology in general, of course. I can only say that I am trying very hard to make sure this technology is used for good.


What are your visions for the future?

One of the exciting frontiers for directed evolution, for biochemistry and biochemical engineering in general, is to create proteins that expand the alphabet beyond the 20 natural amino acids and the few prosthetic groups that biology uses. If you use chemical knowledge, say from organocatalysis or inorganic chemistry, you can expand the chemical palette that’s accessible to biology. And you can now start thinking about chemical mechanisms that are just not accessible through natural biology. Many of these new chemical building blocks can damage the protein integrity and function, but evolution can recover those and explore the capabilities that these new functionalities enable.

These are ideas that we are going to see developed in the near future. There is a lot of room for creativity and imagination in this new space.

Thank you very much for your time for the interview! 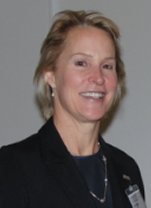 Professor Frances Arnold studied mechanical and aerospace engineering at Princeton University, USA, and received her Ph.D. in chemical engineering from the University of California, Berkeley, USA, in 1985. She performed post-doctoral research at UC Berkeley and the California Institute of Technology (Caltech), USA. She is currently the Dick and Barbara Dickinson Professor of Chemical Engineering and Biochemistry at Caltech, where her research focuses on evolution of biological systems, especially enzymes, in the laboratory.