Keiji Maruoka is Professor of Chemistry and the leader of the “High-Performance Organocatalyst Project” at Kyoto University, Japan. He also is Co-Chair of the Editorial Board for the newly created Asian Journal of Organic Chemistry. He talks to Dr. Richard Threlfall for ChemViews magazine about his research, global co-operation in science, and what makes the new journal special.


Please tell us a bit about how your career and your research have developed?

When I was a graduate student at Kyoto University, Japan, my mentor Professor Hitosi Nozaki talked a lot about the future prospects in education and research in both Japan and the rest of the world. His views have been very influential in my life as an academic researcher. When I was an Assistant Professor at Nagoya University, Japan, I learned the aptitude for doing sophisticated research in chemistry from several renowned chemists, such as Professors Ryoji Noyori, Hisashi Yamamoto, Yoshio Okamoto, and Toshio Goto. Watching their chemistry was a precious experience for the development of my own chemistry.

When I moved to Hokkaido University, Japan, I learned two important phrases: “Boys, be ambitious” and “Frontier Spirit”, which gave me strong motivation to change my research field from traditional organometallic chemistry to metal-free organocatalytic chemistry. This takes into consideration the future of catalysis, but allows me to be conscious of environmental issues as well.


What particular aspects of catalysis keep your interest so strong?

In our society, the word “influential”, such as influential people and research, is crucially important. In a similar manner, catalysts are regarded as influential reagents in organic reactions. That’s why I am so interested in catalysis. Indeed, during my long academic career I succeeded in the design and synthesis of the “Maruoka Catalyst®” and the “Simplified Maruoka Catalyst®” as high-performance phase-transfer catalysts.


What are your views on the current trends and the future directions in organic chemistry?

Organic chemistry has always been a very strong and important subdiscipline of chemistry, and its importance spreads into other related scientific fields, for example, chemical biology and materials science. Accordingly, I believe that organic chemistry is very influential in other fields and is always in the golden age.


And what does the future hold for chemistry in Asia?

Just like the expanding economy in Asia, chemistry in Asia is still under rapid development, and has great potential for the future.


You are Co-Chair of the Editorial Board of the Asian Journal of Organic Chemistry and Asian Chemical Editorial Society (ACES), what made you want to get involved with this new journal?

It is a great honor for me to get involved with this new journal as a Co-Chair of the Editorial Board because the success of this new journal is crucially important. It is the first pan-Asia society journal that is focused on organic chemistry.

What is the most exciting aspect of this new role for you?

It is certainly the leadership role, but it is also the opportunity to make this new journal one of the most prestigeous journals in organic chemistry, not only in Asia, but also in the world. Accordingly, achieving a high impact is crucially important for the journal.


There is already Chemistry–An Asian Journal and the European Journal of Organic Chemistry, why is it time for another journal covering organic chemistry?

Chemistry–An Asian Journal covers all fields of chemistry in Asia and the world over, whereas the European Journal of Organic Chemistry is familiar to chemists in Asia but has its roots in Europe. Considering the rapid development of organic chemistry and related fields in Asia, there are and will continue to be many potential authors in this field, and hence the publication of a new organic chemistry journal in Asia is quite timely.


What makes the Asian Journal of Organic Chemistry so special?


What are the biggest challenges in working with a large, diverse international society, such as ACES?


How do you think national and international societies can influence global co-operation in science and research?

Nowadays, politics and economics have become borderless in the world, and this is also true for science and research. A great part of the role of our national and international societies should be to advocate for global cooperation.


Thank you very much for this interview! 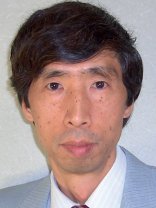 His current research interests include the design of high-performance organocatalysts for sustainable chemical transformations with the aim of large-scale production of useful materials in the chemical and pharmaceutical industries. In particular, chiral phase transfer catalysts for useful amino acid synthesis, and organocatalysts and bidentate Lewis acids for synthetic applications.