Imbalances in concentrations of metal ions are known to be important in several neurodegenerative disorders. For this reason, metal-chelating drugs based on 8-hydroxyquinolines (OHQs) have been developed, tested in clinical trials, and in some cases brought to market. However, problems with toxicity and side effects still limit their widespread use.

Graziella Vecchio and colleagues, Università di Catania, Italy, have synthesized a series of compounds that combine OHQs with cyclodextrins, and characterized their complexes with CuII and ZnII. Due to the addition of a cyclodextrin moiety, the resulting conjugates had good solubility in water and were less toxic than OHQ. 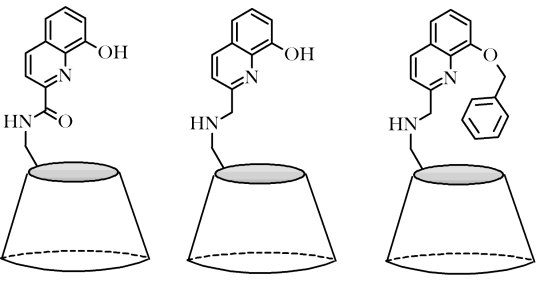 In order to evaluate the therapeutic potential of these compounds, the researchers developed a low-cost assay to determine their effectiveness in inhibiting metal-induced protein aggregation, which is known to play a role in neurodegenerative pathways. Interestingly, in addition to inhibiting the aggregation of fibril-forming protein β-lactoglobulin A, these compounds also functioned as antioxidants, opening up the possibility to treat neurodegenerative disorders in two ways with one compound.