Human activity can affect the atmosphere in many ways, leading to local, regional and global issues, such as changes in air quality, acid precipitation, the ozone hole and the predicted global climate change — This has been understood since 1905, when H. A. des Voeux wrote “…it required no science to see that there was something produced in great cities which was not found in the country, and that was smoky fog…”

Now, through a combination of field work, laboratory studies and numerical modeling, atmospheric chemists are able to address many of these issues, as is demonstrated in issue 18 of ChemPhysChem, a special issue on atmospheric chemistry which has been guest edited by the French researchers Christian George, Lyon University, Abdelwahid Mellouk, CNRS, and Eric Villenave, University of Bordeaux. The special issue includes 31 invited contributions by outstanding scientists in the field and is dedicated to three significant contributors to the field of modern atmospheric chemistry: Philippe Mirabel, Georges Le Bras and Robert Lesclaux. 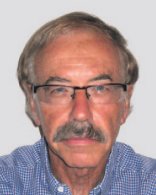 Philippe Mirabel started his career in 1965 at the University of Strasbourg, where he is currently Professor Emeritus. Shortly after graduating, he moved his research to the Institute for Colloids and Surface Sciences at Postdam, New York, USA, and to nucleation processes in atmospheric chemistry. He has studied phase-transition phenomena with emphasis on homogeneous nucleation, and initiated the field of study into how a molecule impinging on a surface can enter into the bulk of a tiny liquid particle. 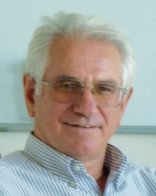 Robert Lesclaux has worked on the photodissociation and photoionisation of cyclic olefins and set up one of the first programs in France on gas-phase photochemistry and kinetics. Most of his work has been concerned with the oxidation mechanism of various classes of compounds, with emphasis placed on reaction kinetics and mechanisms of key intermediates such as peroxy and alkoxy radicals. He retired from active research in 2002. 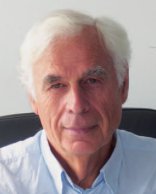 Georges Le Bras‘ work on the kinetics and mechanisms of gas-phase atmospheric reactions, in particular reactions involving halogenated, hydroxy, peroxy nitrate, and sulfur free radicals, has made a significant contribution to the kinetic databases used to calculate atmospheric composition and its changes due to anthropogenic emissions. He is now emeritus research director at CNRS, having retired in 2009.