2011 is the International Year of Chemistry and the 100th anniversary of Marie Skłodowska Curie being awarded the Nobel Prize in Chemistry for her discovery and investigation of radium and polonium. Besides Marie Curie, there have only been three other female Nobel Laureates in Chemistry: her daughter Irène Joliot-Curie (1935, for the synthesis of new radioactive elements), Dorothy Crowfoot Hodgkin (1964, for X-ray procedures to study natural products), and Ada E. Yonath (2009, for research into the ribosome). 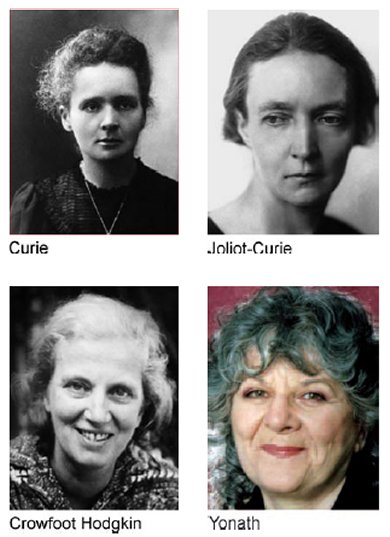 In contrast, the first award of a Nobel Prize in Medicine or Physiology to a female was in 1977, and to date there have been nine female winners.

What is the reason for the scarcity of top-flight women chemists in academia?

Chemistry has traditionally been a male-dominated discipline, and women have had very few role models. Women chemists of the early 20th century certainly did not have it easy. They were considered exotic species and approached with caution and trepidation by their male colleagues.

It was not until the 1960s that chemistry started to become an acceptable profession for women and in general women have had to work disproportionately hard to achieve equal status to their male colleagues.

Although the situation is changing, it has taken a long time for attitudes to change and for female chemists to reach the top of the profession. Many chemical societies now provide programs to improve the status of women in chemistry by providing services that focus on their professional needs. Today there are many examples (but of course still not enough) of women who are professors and heads of institutes and universities as well as members of editorial boards on their own merit.

Issue 4 of Angewandte Chemie is dedicated to female chemists—with all the manuscripts having a women as principle author and an editorial by Diane Smith, Senior Associate Editor, on Women in Chemistry—to illustrate the strength and depth of the contribution from women to chemistry.