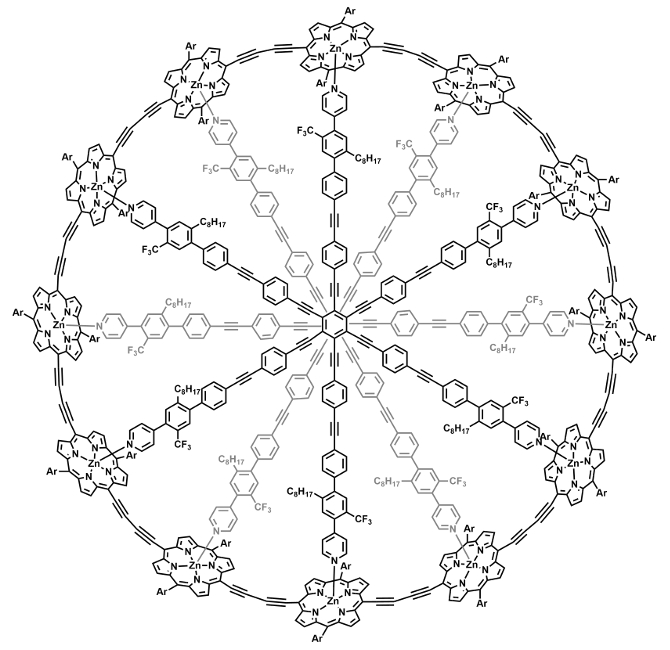 Hückel’s rule is usually applied to small, planar molecules. It is not clear whether it also holds for large systems or whether there is a general size limit for aromatic behavior. So far, there had been no known aromatic rings with more than 62 π-electrons.

Harry L. Anderson, University of Oxford, UK, and colleagues have studied porphyrin nanorings with up to 162 delocalized π-electrons. The team created rings made from zinc porphyrins and -C≡C- groups, using a central organic structure with six-fold symmetry. They varied the number of π-electrons and the size of the rings by changing the number of porphyrin and -C≡C- units. In the largest ring (pictured), two of the central six-armed templates stacked to form a ring with twelve porphyrin units. The systems were studied using 1H, 13C, and 19F NMR spectroscopy.

The team found that the delocalization of π-electrons extends around the nanorings, which have circumferences of up to 16 nm. The magnitude of the ring currents changes the with oxidation state of the porphyrin units. Despite the comparatively large size of the systems, Hückel’s rule correctly predicts the direction in the ring currents occurring in the nanorings.