So far, our readers think a European or American biochemist will win the 2021 Nobel Prize in Chemistry. About 20 % of participants think the winner will be a woman. The most-mentioned fields after biochemistry are organic chemistry, materials/polymers, and medicinal chemistry.

The most suggested Laureates are Katalin Karikó, who works on mRNA technology, and Shankar Balasubramanian, who works in the field of nucleic acids. Other notable suggestions are David Klenerman, known for his contributions to next-generation DNA sequencing, and Omar M. Yaghi, known for work on metal-organic frameworks (MOFs) and covalent organic frameworks (COFs). 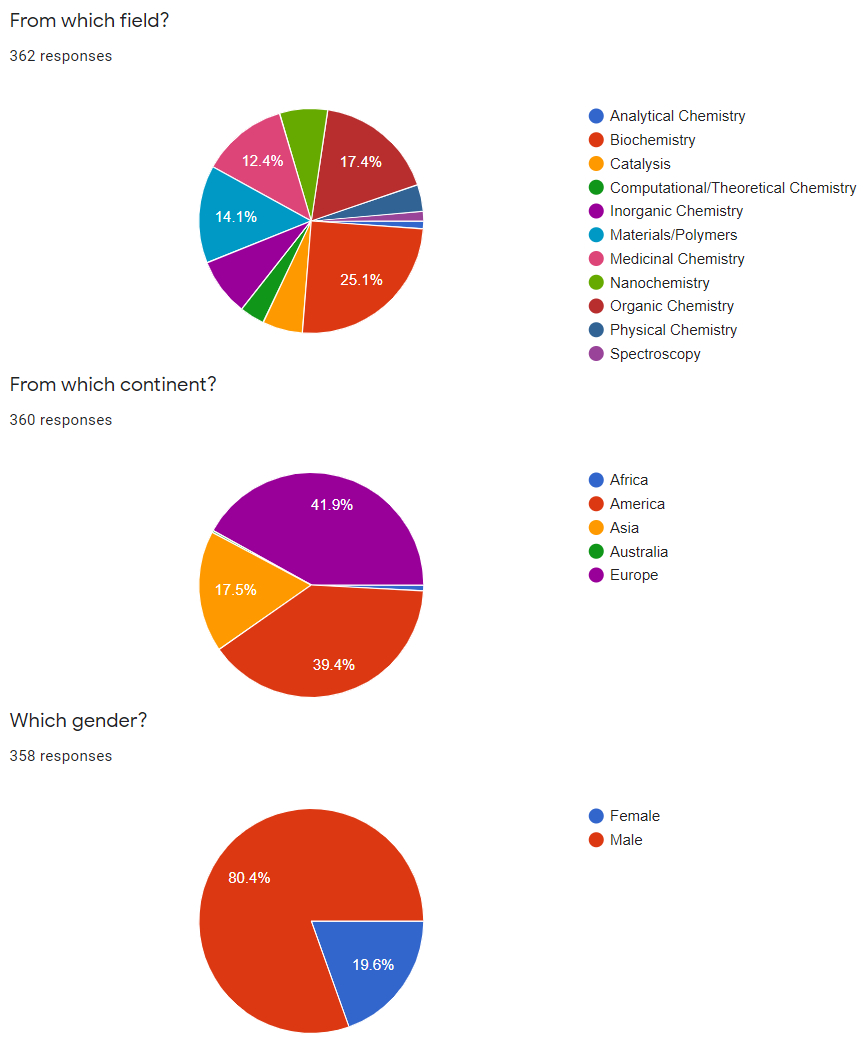 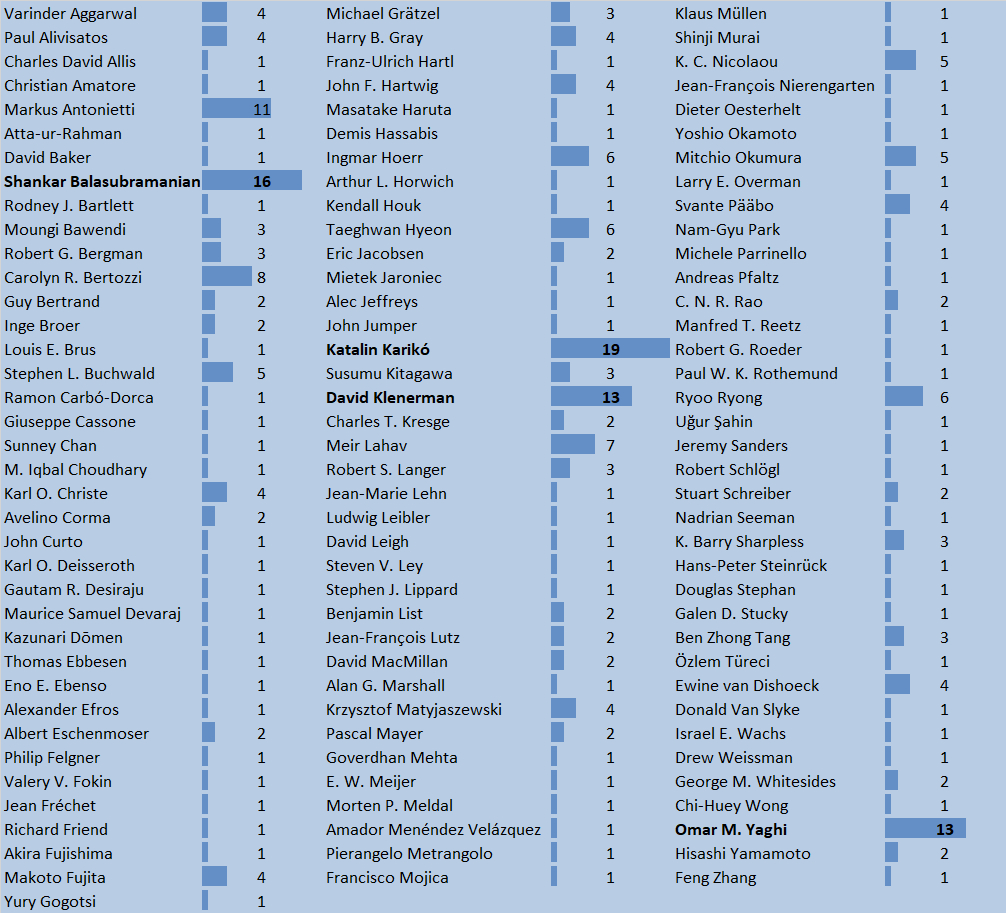