The fluorination of organic compounds is important, e.g., in the pharmaceutical industry, because fluorine substituents can be used to tune the properties of drug candidates. Although many of these compounds contain nitrogen, trifluoromethyl amines have received limited research attention so far. This might be due to a lack of safe, general, and high-yielding methods for their synthesis.

Siegfried Schindler,  University of Gießen, Germany, and colleagues have found a method to introduce CF3 groups to a variety of secondary amines without needing to synthesize CF3-containing precursors beforehand (pictured below). The team used a range of secondary amines as substrates and reacted them with chlorodithiophenylformate as a commercially available, inexpensive electrophile in the presence of fluoride from AgF as a base. 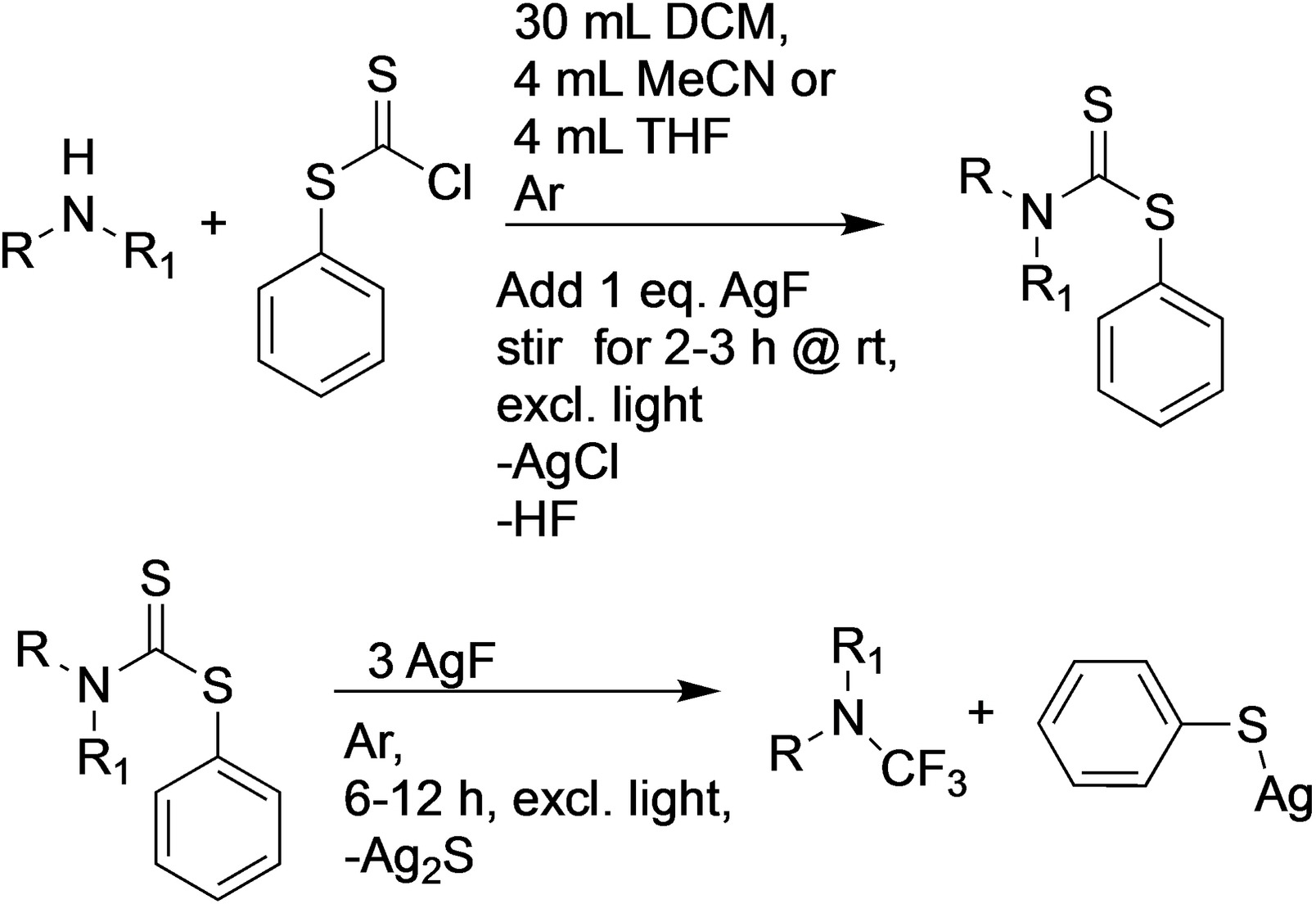 A large variety of secondary amines could be synthesized using this method without requiring expensive and hazardous reagents. The products can be obtained in pure form, however, they are extremely sensitive to moisture. The team demonstrated the utility of the method by obtaining crystalline tert-butyl-4-(trifluoromethyl)piperazine-1-carboxylate, a compound that previously only had been obtained as an oil. In some cases, the reaction can be boosted by the application of suitable Lewis acids. According to the researchers, it should be possible to further improve the overall reaction by variation of the temperature and fluorination agents.