Fluorescence bioimaging plays an important role in exploring the in vivo behavior of nanocarriers. However, various factors hinder the accuracy of fluorescent bioimaging, such as interference of the free probes, fluorescence quenching/saturation, and re-illumination. Conventional fluorescent probes emit signals even after being released from nanocarriers, which may affect the interpretation of the behaviors of the nanocarriers. Environment-responsive fluorescent probes with aggregation-caused quenching (ACQ) properties have improved imaging accuracy by reducing the signal interference caused by free probes. However, existing ACQ probes suffer from fluorescence re-illumination in vivo (pictured below). 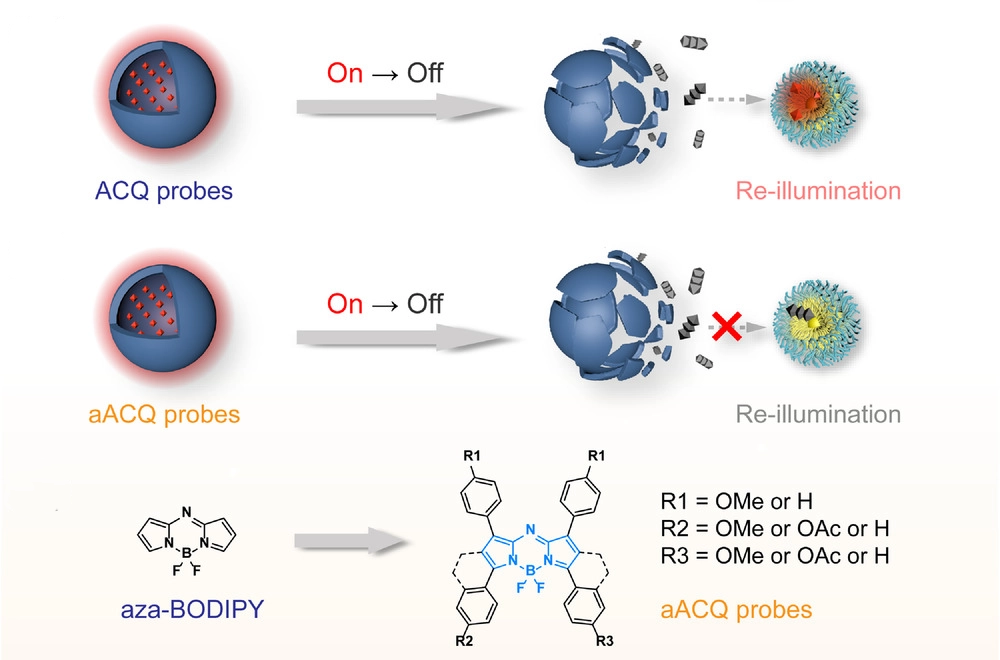 Compared with common ACQ probes, the aACQ probes demonstrated enhanced resistance to fluorescence re-illumination in in vitro, in vivo, and cellular environments. The work could provide guidance for the future development of aACQ probes. The researchers believe novel aACQ probes may facilitate more accurate in vivo bioimaging of nanocarriers compared with conventional probes.