The discovery of the anticancer properties of cisplatin led to clinical successes in cancer treatment. However, cisplatin suffers from limitations such as general toxicity. This is caused by its mode of action, which does not discriminate between cancer and healthy cells. Finding selective drugs against cancer is an important research target. Electron-deficient organometallic compounds are interesting candidates in this context. These molecules are often highly potent and selective against in vitro cancer models, but their lack of water solubility hinders their distribution in a living organism. 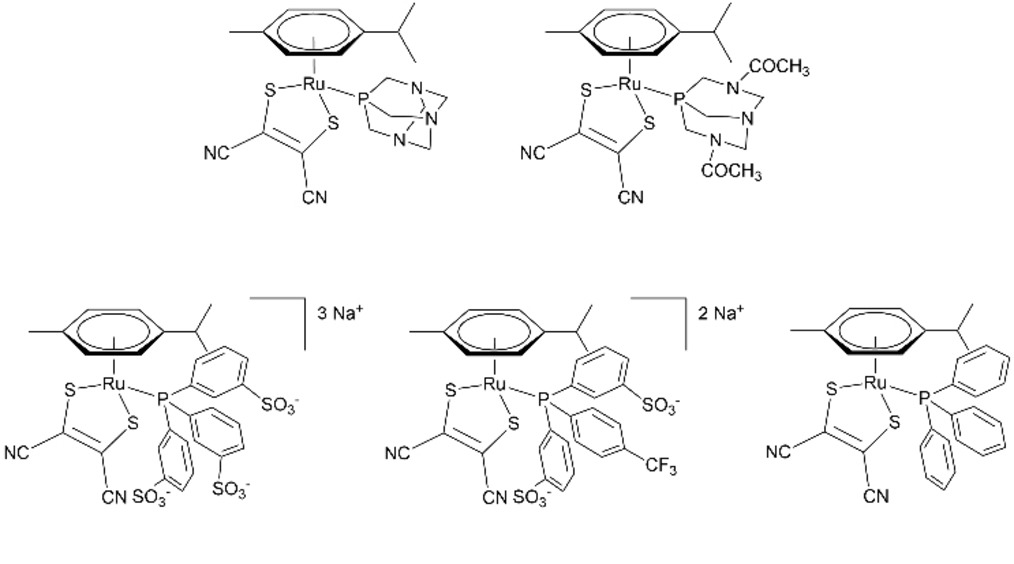 The team evaluated the in vitro cytotoxicity of the complexes towards two ovarian cell lines, one non-small-cell lung cancer cell line, and one normal prostate cell line. The complex with triphenylphosphine-3,3′,3”-trisulfonic acid trisodium salt (TPPTS) and the triphenylphosphine complex showed similar cytotoxicity compared with the electron-deficient precursor complex. These two complexes showed selectivity against ovarian cancer cells over normal cells. An evaluation in mice confirmed little in vivo toxicity and good anticancer potential.