The term Anthropocene (from the Ancient Greek ἄνθρωπος (anthropos) meaning “human” and -cene from καινός (kainos) meaning “new” or “recent”) refers to the geochronological epoch in which humans have become one of the most important influencers on the biological, geological, and atmospheric processes on Earth. The term was introduced into the international discussion in 2000 by the Dutch chemist and atmospheric researcher Paul Crutzen and the US American biologist Eugene F. Stoermer to express that mankind had become a geological factor.

Armin Grunwald, Professor of Philosophy of Technology and Head of the Institute for Technology Assessment and Systems Analysis (ITAS), Karlsruhe, Germany, and Head of the Office of Technology Assessment at the German Bundestag (TAB), spoke at the ProcessNet meeting about the Anthropocene. ITAS is the leading institute for technology assessment worldwide. It contributes to exploiting the potential of technical progress while minimizing its risks and addressing politics, business, and society.

Since the Industrial Revolution more than 200 years ago, there have been tremendous advances in science, technology, industry, innovation, etc. The traces of these human-made processes can be found everywhere on planet Earth, the success of science and technology influenced our thoughts, and a new way of thinking emerged: When nowadays a fundamental problem arises, most people first call for technological solutions. 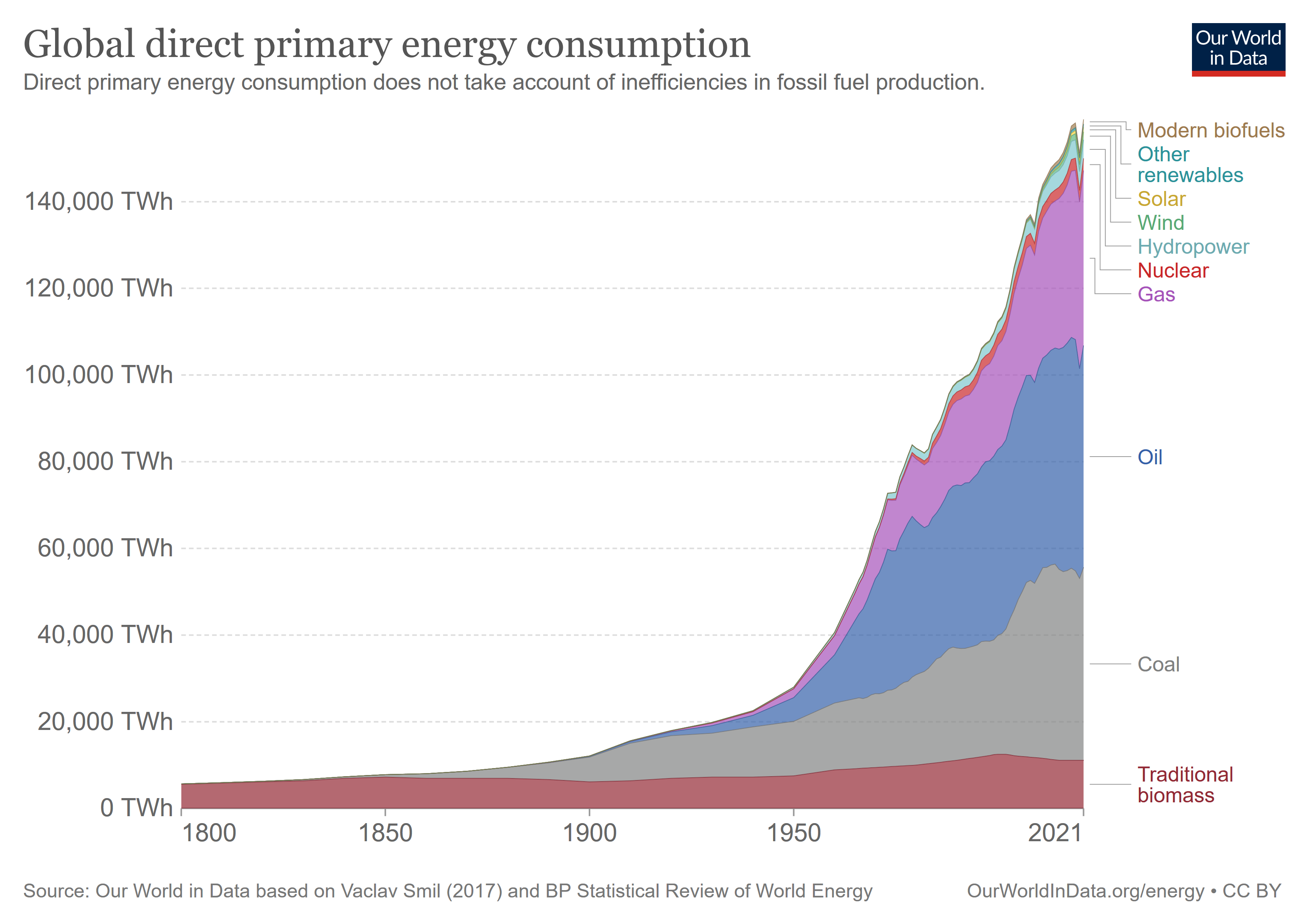 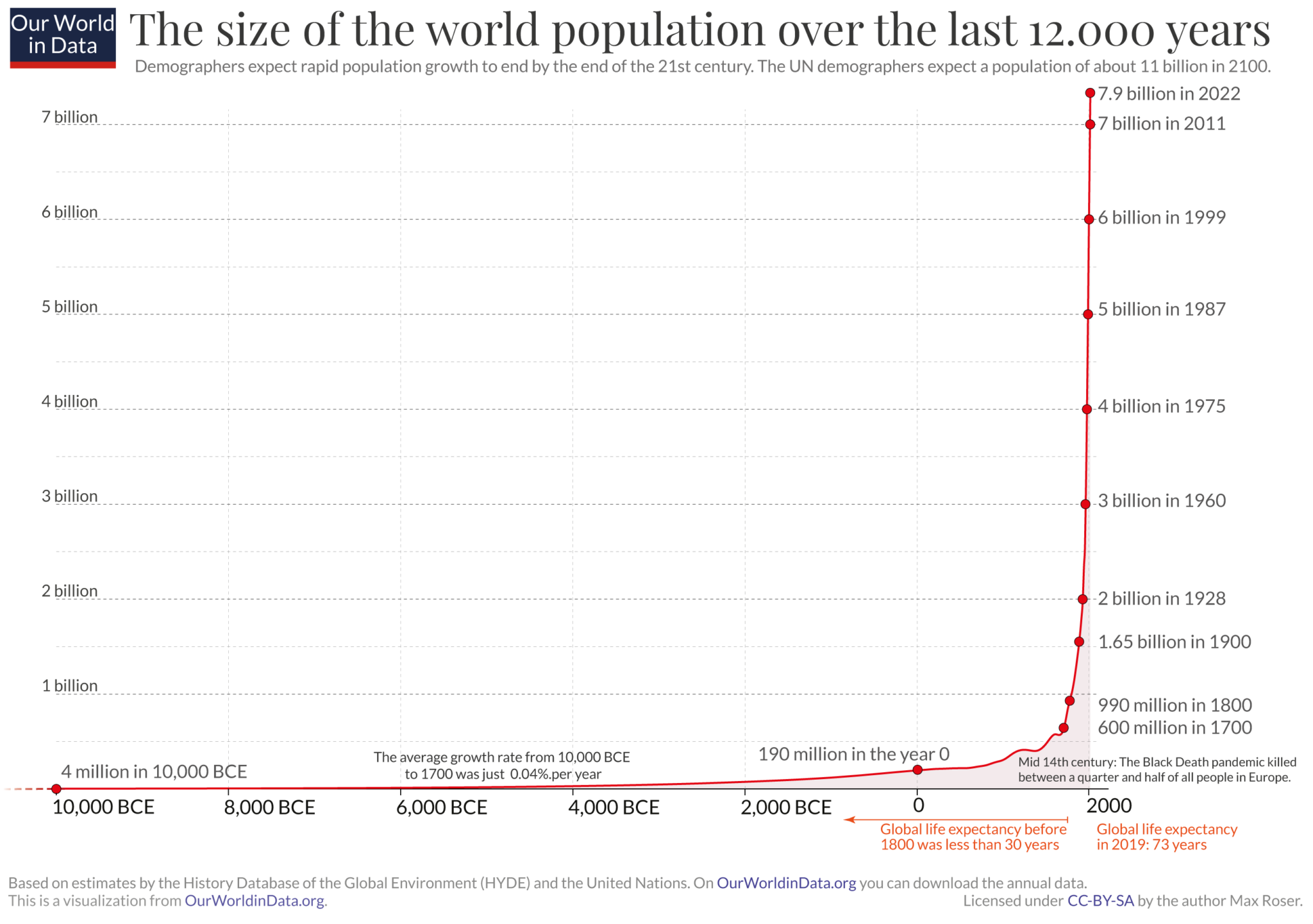 The linear plot of the development of the word population over the last 12,000 years reveals that almost all of the growth has occurred only recently. The world population grew very slowly on average from 10,000 BC to 1700. In 1800, the world’s population was about 1 billion people and has increased sevenfold since then. And the trend has not stopped yet. Some people expect it to be 10 billion by 2050. Some expect 11 or even 12 billion before there is a peak.

Each of these humans wants to have a good life, and each of these humans has the right to have a good life. What good life means is, of course, meeting the basic needs that we all have. However, it also means a certain level of consumption, of mobility, of participation in society, and so on. In many parts of the world, the American way of life has become the ideal of what a good life should look like and people in many countries in the so-called developed world want to catch up. They want to have a life similar to what we have in Western countries. And there is no ethical argument to say to them, we have no more space for you if you want to consume more.

Altogether, this means that the rise, e.g., in energy consumption, continues. This is a fact despite all the measures that have been taken politically, technically, and economically, to reduce emissions and our ecological footprint, as well as to raise efficiency.

There is a discussion where one says that this planet cannot handle more people in regions or countries with very high population growth. The other says that is not the question, but how many more Americans and Europeans the planet can handle because of their lifestyles.

Technology Creates Solutions and Problems at the Same Time

Most of us would regard science and technology as a solution to problems. That is right. But it is not the entire story.

What we have today in terms of health, prosperity, growth, mobility, and so on for many, many people worldwide would not have been possible without science and technology. So the story of technological advance was and is a great success story. It has made humans more independent from nature. And there are many more new opportunities opening up for humanity to shape the environment, achieve goals, and to transform the world into a livable place.

When technology fails, when an accident happens, or people get hurt, that is bad, and we as humanity have developed a lot of mechanisms to prevent that. However, the big problems are not accidents or failures but the unexpected and unintended side effects of smoothly functioning technology. An innovative technology is often not only a solution but can also lead to new problems. Climate change, for example, does not occur because of failing technology, but because of well-functioning technology.

Other ambivalences of technological advance include desired and undesired use of technology and divergent perspectives. Some people will benefit from a new technology or decision, others will lose something.

Many people do not like the term “Anthropocene” because it implies that we as humans cause damage to planet Earth. They would prefer to have some kind of Gaia scene or nature scene. Armin Grunwald understands the term Anthropocene as a description of the current state of the planet Earth but not as some kind of appraisal or welcoming of this Anthropocene.

Most of the developments concerning the environment and nature have been reflected in the emergence of the Anthropocene. However, this does not mean that this must also be the case in the future. We, as humans, are the only species on the planet Earth, which is in principle able to take overall responsibility. We are not doing that in a sufficient way, but Armin Grunwald is convinced that there is still a chance to transform the Anthropocene into a good Anthropocene.

Approaches Towards a Good Anthropocene

The United Nations (UN) defines sustainable development as “development that meets the needs of the present without compromising the ability of future generations to meet their own needs.” [1]

There is a lot of criticisms against the term: too broad, not clear enough, perhaps misused, and so on. It needs to be made measurable, and integrative assessments, integrated considerations of ecological, economic, social, ethical, etc. issues are necessary. “Integrative” in science means interdisciplinary. The best solutions can only be found embedded in broader thought processes. The way to a good Anthropocene can never be the path back to the past. It has to be a path to the future with innovative technology. Innovative in this sense, however, means that the ideas of sustainable development, of a good Anthropocene, must be embedded. Technology assessment, looking at technologies that work, changing technologies, making them more compatible with natural processes, making them more efficient, and so on, is important for the sustainability assessment of new technologies. Armin Grunwald’s research is involved in further developing these methods.

We have a very big planet with different regions. Humans tend to look only at themselves and their surroundings, but we also need to look at the other countries and apply postcolonial approaches and give the Global South its voice to find its way to a good Anthropocene.

We need policies, technical measures, and education to address the grand challenges from the local to the global level. We need a global technology assessment community to think prospectively about possible or likely consequences of new technologies, including possible unintended side effects or impacts. Knowing the spectrum of possible technology impacts at an early stage helps decision-making in research, politics, and the economy.

Good intentions are necessary but not sufficient to make a comprehensive assessment. Lessons to increase efficiency at all levels are necessary, but not sufficient. Armin Grunwald cannot imagine that we will live on a planet Earth with about 10 billion people, where each of those 10 billion people will live an American way of life. He cannot imagine that efficiency gains can make that happen under the umbrella of a good Anthropocene. So he thinks that we also need to review our behavior in terms of economic growth, and we also need to consider issues of appropriateness. That is not very popular, but necessary.

Uncertainty about future knowledge or the openness of the future means that we are able to shape the future, that things cannot be predicted, but that they depend on our actions and the way we go into the future. This openness requires that we avoid early path dependencies and keep opportunities to learn and adapt openly as long as possible.

Scientists like to talk about the potential of their technologies, the potential for sustainable development, for reducing greenhouse gases, and for increasing efficiency. The important thing is to also take care of the realizations. We need to consider innovation pathways to look very closely at reality. What can we do to turn mere potential into reality?

There is not one key to sustainable development; there are many. And it is important that we properly use all the keys we have.

“The Anthropocene – the era of humankind. About progress and crises, technology and sustainable development”, presentation by Armin Grunwald at the conference ProcessNet and DECHEMA-BioTechNet Annual Meetings 2022 together with the 13th ESBES Symposium, which took place at Eurogress, Aachen, Germany, from September 12th to 15th, 2022

Update (September 21, 2022)
The text originally falsely gave the world’s expected population as millions of people instead of billions. This has been corrected.