The Story of ChemPubSoc Europe – A Fairy Tale Come True!

Once upon a time – in the mid-nineties of the last century – 16 continental European national chemical societies published 14 chemistry research journals in print, many of which were subsidized. Despite all the efforts undertaken and some small successes, the journal brands and their relevance kept fading. These were hard times for the once-leading continental Europe’s chemical publishing societies – nonetheless, there were pragmatists with a vision like J.-M. Lehn, H.D. tom Dieck, R. van der Gracht, H. Thun, L. Oro, J. Bäckvall, P. Drašar, M. Juliard, A. Kálmán, N. Kazaros, and professional chemists at a longstanding society publishing house, now known as Wiley-VCH. 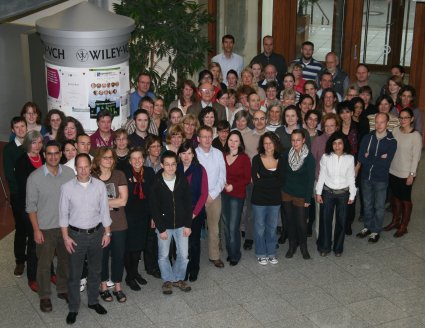 Made in Europe for the World – By the World

Made in Europe for the world – by the world! Close to 60 editorial staff-members from 15 nations, over 30 of whom have PhD degrees, work on ChemPubSoc Europe titles and have connections to further countries via post doc experiences and families. This is a unique assembly of knowledge and cultures. You can find, for instance, a Turkish editor chatting in Italian at a national conference, or a British editor talking fluently on the phone in Spanish, French, or Swedish. Altogether there are more than 500 years of experience in publishing and much more in community knowledge! These numbers do not include marketing colleagues in various locations who dedicate their time to ChemPubSoc Europe titles. Back in 1998 of the 13 multilingual colleagues, half were PhD graduates, and only four nationalities were represented. 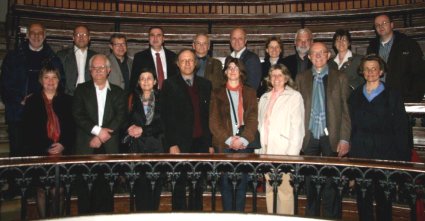 Equally important are the 16 societies and nearly 700 active researchers in their function as editorial board members who are guiding and advising the in-house editors in their daily work. Without them the story of ChemPubSoc Europe would not be such a successful one and once again the mix is crucial to the philosophy; 53% of the editorial board members are based in Europe, the remaining 47% are distributed all over the world. Home base is strong but the wider context is equally in view.

Board Members: We would like to name the board members who retired from their function at the end of 2012 and express to them our special thanks representative for all the members – and welcome the incoming scientists: 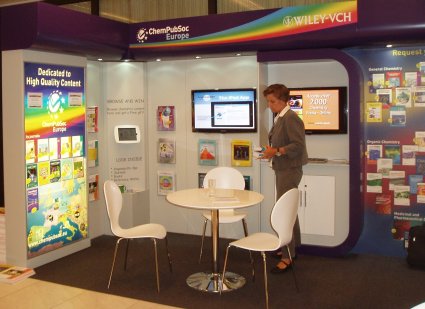 ChemPubSoc Europe Editors Are Where You Are

ChemPubSoc Europe editors are where you are – meet your editor at your conference. On average, a conference is attended once a week. All in all eighty times last year editors have personally visited conferences or symposia all over the world with focus on Europe. And they do not come empty-handed, close cooperation with the societies and conference organisation teams were the start of many sponsoring activities:

Of special note are the many Special Issues born last year during these conferences.

Be a guest editor for a special issue.
Numerous examples have been published during 2012 in close collaboration with scientists from a specific research field:

Modern Coordination Chemistry and its Impact for Meeting Global Challenges 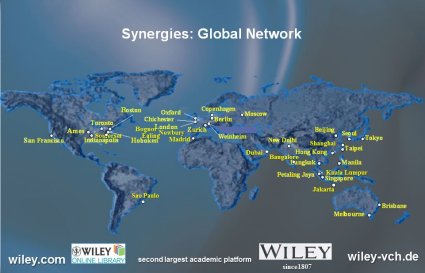 ChemPubSoc Europe Journals Reach Researchers from All Over the World!

ChemPubSoc Europe selected a publisher that can bring your research to chemists all over the world. A sales team of more than 100 colleagues, one of the largest in global publishing which is rooted in 50 different locations and spread across 22 countries, ensures that all ChemPubSoc Europe journals are offered and sold to more than 40,000 institutional customers. The sales colleagues build an extensive network throughout North and Latin America, Asia, Europe, the Middle East, and Africa to bring your ChemPubSoc Europe publication ever closer to researchers around the globe. 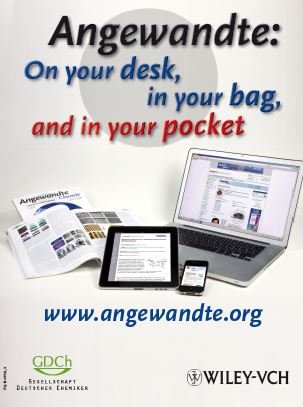 Open Access (OA): As early as 2010 all ChemPubSoc Europe journals have enabled authors to publish articles with free access to all readers (OA) via Online Open in an Author/Funder-pays mode. The uptake in 2012 continued to be below 1% of all published articles. Although the demand to publish OA within the chemical communities has been very low, ChemPubSoc Europe decided to experiment further and started the first society-owned peer-reviewed OA journal ChemistryOpen in 2012. Thirty-two articles and one thesis were published – the rejection rate was 31% and in most cases the Article Publication Charge was waived.

Fully E: A second brave and so far unrivaled experiment was the redesign of well-established ChemPubSoc Europe journals to be fully electronic, offering free color and, of course, print-on-demand services. As this demands a totally different mindset, many, many changes had to be thought of, implemented, and communicated regarding workflows, layout, archiving, marketing and sales, abstracting and indexing, and so forth.

Article Anywhere: As a landmark pilot innovation for ChemPubSoc Europe journals the Angewandte App was developed and tested thoroughly. The layout was turned upside down to create an optimal format for new mobile-adapted functionalities supporting fast perception and browsing. An avid reader wrote: “I use the Angewandte app all the time. I love it! It’s great to be able to download entire issues for offline reading.” (Phil Baran, The Scripps Research Institute)

The decision to completely revamp publishing on the shoulders of one of the giant chemistry brands in support of its cultural heritage proved to be right and a convincing course of action.

In 2012 the numbers of submissions and published articles increased once again at double-digit rates while the quality was maintained. Downloads, and even more important citation rates, grew at significantly higher rates. The editors reported in their editorials that speed of publication reached new records. 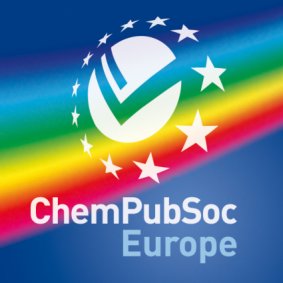 2012 saw the smooth transformation of Czech’s Chemical Communications (founded in 1929) into ChemPlusChem; 132 papers were published, 197 rejected. This is just another example of ChemPubSoc Europe / Wiley-VCH’s unique vision for responsible and sustainable publishing. Other successful examples are, to name but a few, ChemSusChem, ChemMedChem, and ChemPhysChem.

Continuous good service and growth sells, and the societies reap the benefits. 2012 brought record-high royalties. This income allows the societies to offer more and better services for all their members, be it at national, European (such as the EuCheMS), or global level.

The free ChemPubSoc Europe e-magazine ChemViews embedded in ChemistryViews.org helps not only to bring European chemists together – at the same time it offers BRIC countries as well as less developed countries the chance to widen their global chemistry view. 2012 saw another boost of its usage, according to the countries count statistics most traffic comes from the US – followed by Germany, India … yet more proof of relevance. 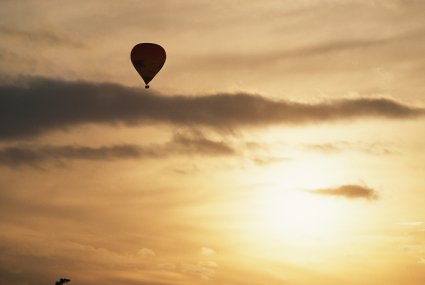 2012 was a very successful year for ChemPubSoc Europe, but we live in a changing world, and there is no time to rest on our laurels. Our intention is to press ahead for the benefit of our members and good chemistry. Some examples:

ChemPubSoc Europe listens to its communities and in 2012 prepared for the start of ChemElectroChem. It also supported and accompanied the efforts of Wiley-VCH to invest in assets of the former Leibniz Institute FIZ Chemie Berlin and to revitalize its products and services such as RXFinder. This application will help chemists to find clever solutions faster for challenging reactions and syntheses.

The aim is to foster mutual understanding and support joint chemical innovation. In this spirit Wolfram Koch, one of the four presidents of ChemPubSoc Europe, attended the ACES meeting, while, for instance, Christian Amatore continuously visits many Asian countries building bridges and acting as ambassador for the ChemPubSoc Europe journals.

We thank all authors, referees, society members, and readers for their trust in ChemPubSoc Europe publishing.