At the opening of the International Year of Chemistry in Germany, the German Chancellor, Angela Merkel and leading delegates from science, industry and trade unions highlighted the importance of contributions from chemistry to a good quality of life. Clean water, clean air, safe food or effective medicines: many global challenges to humankind cannot be solved without chemistry. 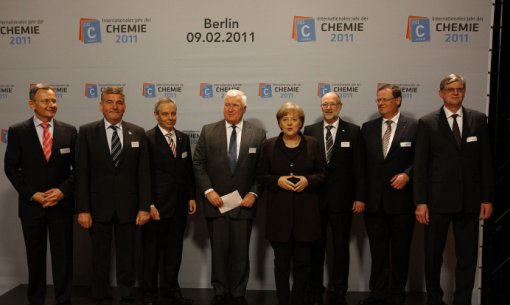 Michael Vassiliadis, head of the Mining, Chemical and Energy Industrial Union (IG BCE), shares the view that without chemistry there is no sustainable development. “Wind engines are not build from renewable wood but with high-efficiency plastics. Progress and sustainability are key to a prosperous future. A good future is only possible with chemistry.” 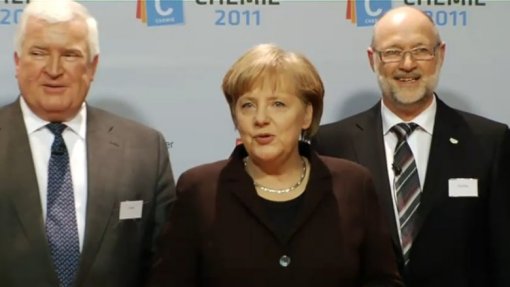 Angela Merkel, with Klaus Engel (left; President of VCI) and Michael Dröschler (President of the GDCh and speaker of the Forum Chemie). 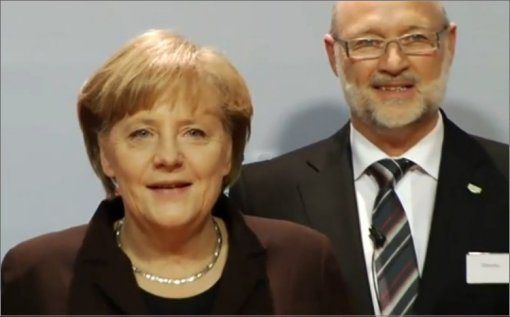 Angela Merkel, German Federal Chancellor and a physicist, said in her keynote speech that she appraciates the contribution that chemistry has made to the country, especially in the area of climate protection. She emphasized that Germany must be innovative to maintain its position as a world leader in research. 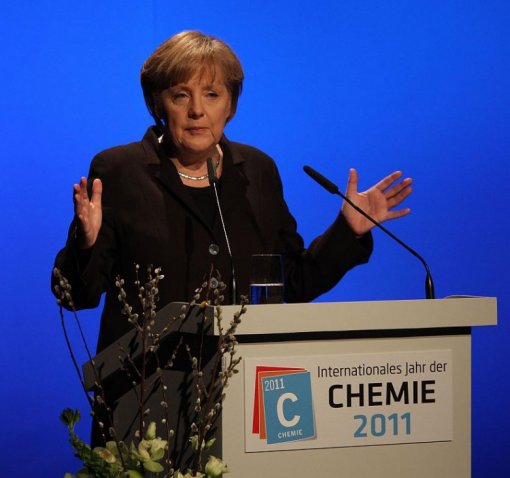 Merkel also awarded three teams from the school competition, Formula One. The pupils had to build a car, driven by a chemical reaction, which transported a raw egg for 20 meters. Prizes were given for modern materials, sustainability and energy allocation/storage. 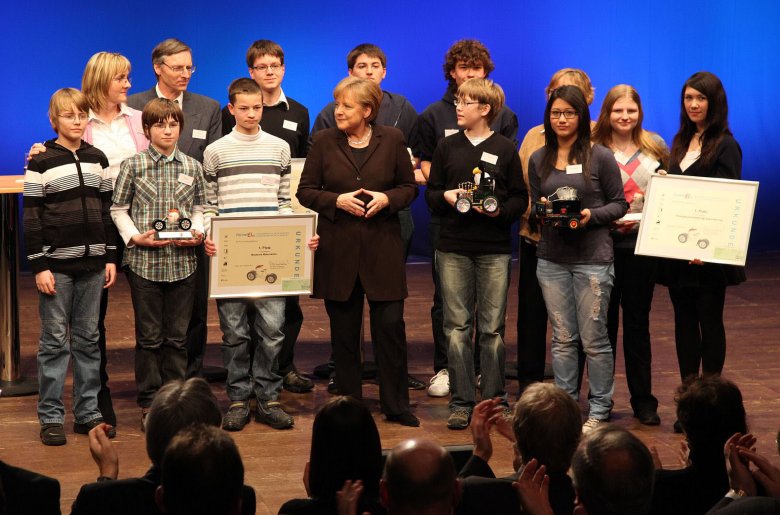 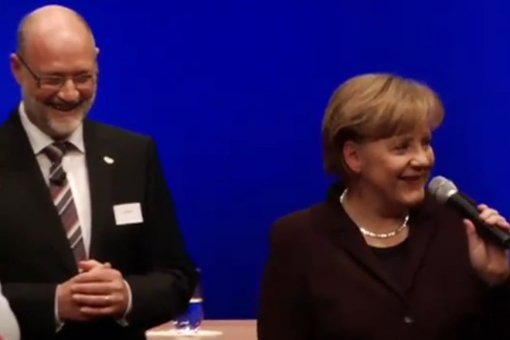 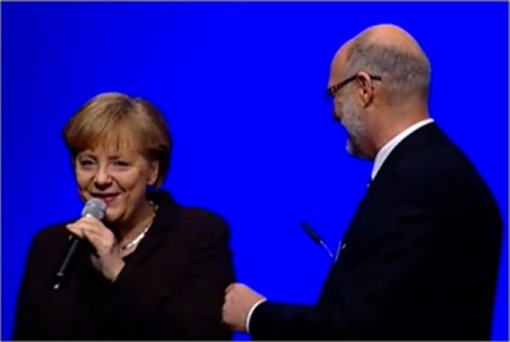 The H2O mach’s bunt school competition was also introduced at the ceremony. In this competition, pupils are asked to isolate dyes from plants and use them to measure the pH of water samples. 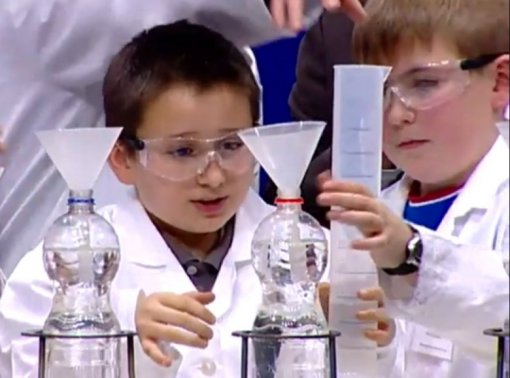