NOP, developed from 2000 to 2004, was sponsored by the German Foundation for Environment (Deutsche Bundesstiftung Umwelt – DBU), one of Europe’s largest science foundations. An interdisciplinary team of chemists from the Universities of TU Braunschweig, Bremen, Jena, TU Munich, Oldenburg, and Regensburg developed this teaching material for the 21st century under the leadership of Prof. Dr. Burkhard König, University of Regensburg. From the TU Braunschweig, Prof. Bahadir and Prof. Hopf, former president of the GDCh (German Chemical Society), originally initiated this project. They  continuously took care of the international networks and the dissemination of the project.

NOP is aiming at teaching students at universities or schools in green and sustainable chemistry from the very beginning. Since 2004, the material is in use within the Bachelor training courses at German universities and overseas. All experiments, analytical procedures, spectroscopic, risk and hazard, and environmental impact data are available free of charge on the internet in eight languages: English, German, Italian, Greek, Russian, Arabic, Turkish, and Indonesian. The Portuguese version is under translation and will be available summer 2011. 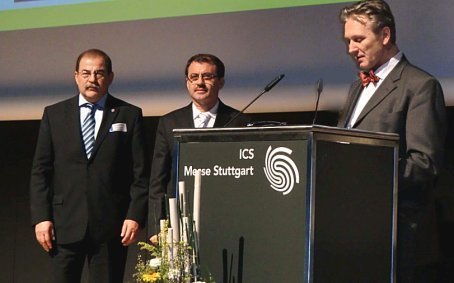