This summer, we had asked our readers to send us stories about molecules they connect with under #YourMoleculeStory. This could be in the form of a text, a picture, or a video. We were thrilled by the many very creative and personal stories we received. We have reported on them before [1–3] and are very grateful to everyone who participated.

Among the submissions, a group of students in their second and third-year of a B.Sc. program in chemistry at PSG College of Arts and Science in Coimbatore, India, caught our eye because they had very similar email addresses. We contacted their professor, Bellie Sundaram Krishnamoorthy because we were eager to learn more about the group and their motivation.

Coimbatore is the second-largest city in the southern Indian state of Tamil Nadu and a major industrial center. The city is known as the “Manchester of the South” because of its textile industry. However, it also supplies almost 50 % of India’s demand for engines and pumps and is a manufacturer of software and automotive components. Coimbatore is also home to several government and private universities and research institutes.

The PSG College of Arts & Science was founded there in 1947 to make education accessible to all. PSG stands for PSG & Sons Charitable Trust, which was established in 1926 as P. S. Govindaswamy Naidu & Sons. The trust became a pioneer in education and industrialization in the Coimbatore region.

The chemistry department is one of the oldest in PSG College. It started with a pre-university course in 1947, a bachelor’s degree program was established in 1957, and a Master of Science degree program in chemistry was added in 1966. The department, which today also offers Ph.D. degrees, has a faculty of nineteen [4]. One of them is Bellie Sundaram Krishnamoorthy.

After receiving his Ph.D. from Bharathidasan University, India, Bellie Sundaram Krishnamoorthy went to the University of Geneva, Switzerland, for a research fellowship and then to the Universites of Paris and Rennes, France, for postdoctoral fellowships. He then went back to India and has been at PSG College of Arts & Science for about one year.

Krishnamoorthy has motivated his students to participate in #YourMoleculeStory and is sure: “They have learned a lot.” Previously, he had good experiences motivating his students to participate in other programs or competitions, for example, from IUPAC or the ACS (American Chemical Society). “It’s a fun way for students to increase their knowledge, get to see what’s happening elsewhere, and also maybe get international exposure.”

Krishnamoorthy regularly looks at websites such as ChemistryViews.org, ACS.org, or ChemistryWorld.com and encourages his students to do so, as well. The internet makes it easy to get information on anything, fundamentals, what’s currently happening in research, what’s happening in the chemistry community – and from all over the world. Students should learn to deal with that right from the start, Krishnamoorthy thinks. He is supported in this by the Department Head Sakkarapalayam Mahalingam. He places particular emphasis on teaching the students the basics. “The basics are very important. That’s the foundation for everything else.” And many of these offers, including competitions, can contribute and motivate.

To find molecules they like or find appealing, some of the students have scoured high-impact factor journals such as Nature or Science. Krishnamoorthy says he leaves it up to the students to decide how to proceed and what to do. In the process, they learn a lot, stumble across unknown things, discover exciting things, and exchange ideas with each other. And, of course, they are very proud when, for example, their molecule appears in ChemistryViews. “They are really happy to see their molecule now in the article.” This motivates, of course, to participate in the next competition or program.

Among the students was Dhanish, who was one of the lucky ones to receive a book prize for his contribution. Dhanish chose olympicene, or 6H-benzo[cd]pyrene. “This compound is the smallest five-ring structure in the world, which is pretty cool,” he wrote. The molecule looks like the Olympic rings and was synthesized in 2012 to celebrate the London Olympics.

Other molecules the students were excited about included epigallocatechin gallate (EGCG), the ester of epigallocatechin and gallic acid, phthalic anhydride, a parent component of phenolphthalein, the insecticide and fertilizer azadirachtin, atrazine, a herbicide, chrysin, a flavone found in honey, oligocyclobutane, or penicillin. Altogether, a broad range of ideas.

We wish the students much success on their way and many exciting chemistry discoveries. 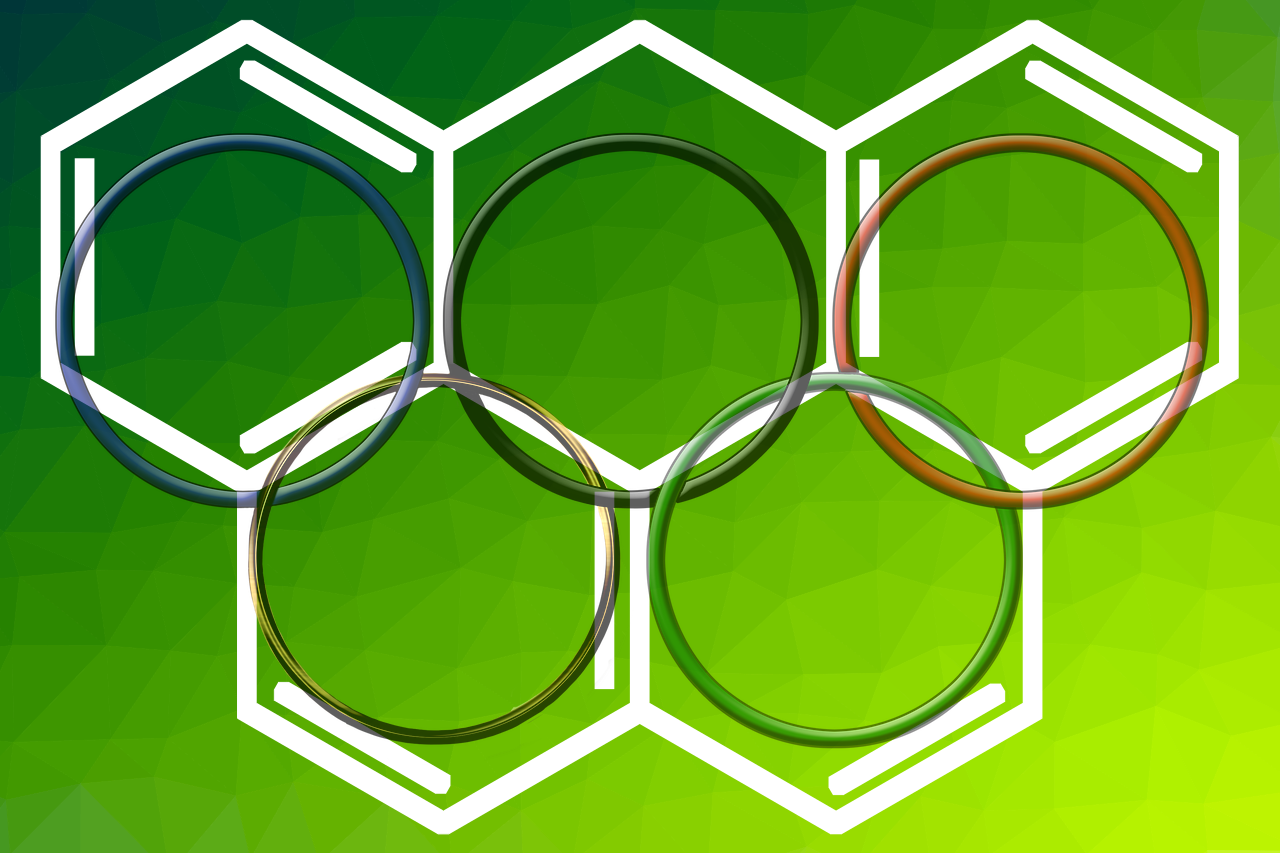