A one-day focused symposium entitled The Great Transition: the importance of critical metals for green energy technologies was held on the 13th of July, 2017, in the Orangerie in Darmstadt, Germany, with approximately 150 participants in attendance. The program, for which the organization was led by Professor Oliver Gutfleisch of the Technical University of Darmstadt and the Fraunhofer Institute for Materials Recycling and Resource Strategies, focused on the timely transition to renewable energy sources and infrastructure (“Energiewende” in German) and the challenges that materials availability (or scarcity) present in realizing that transition.

In Professor Gutfleisch’s opening remarks, he set the tone by outlining why this topic is so important. Germany currently generates approximately 648 TWh (billions of kWh) of energy per year, of which about 29 % comes from renewable sources. Political and environmental pressures (including global warming) are imploring us to further reduce the other sources coming from fossil fuels and nuclear power plants (particularly in Germany) and shift these to additional renewable capacity at a large scale. At this size, many of our current technological solutions will put a heavy strain on the availability of rare materials resources in the best case scenario, and be completely unviable in the worst case. For instance, lithium-ion batteries are the technology of choice for the emerging electric car, and their fabrication requires significant amounts of non-abundant materials.

As Professor Maximilian Fichtner pointed out in his talk later in the day, Germany currently has a fleet of 40 million cars on the roads, and to convert all of them to electric battery power would require 15 times the current global production of lithium. The state-of-the-art lithium-ion battery also uses cobalt oxides in the cathode, and if we used every atom of the element on earth (including resources and reserves), we would be able to produce a total of 85 million vehicles using this technology. With 40 million cars on just the German roads, it is clear that this will not be able to provide a global solution as it is scaled up.

There are similar materials-availability enigmas involved with nearly all of the other renewable-energy technologies, and some of the most important of those from Professor Gutfleisch’s opening remarks are listed below: 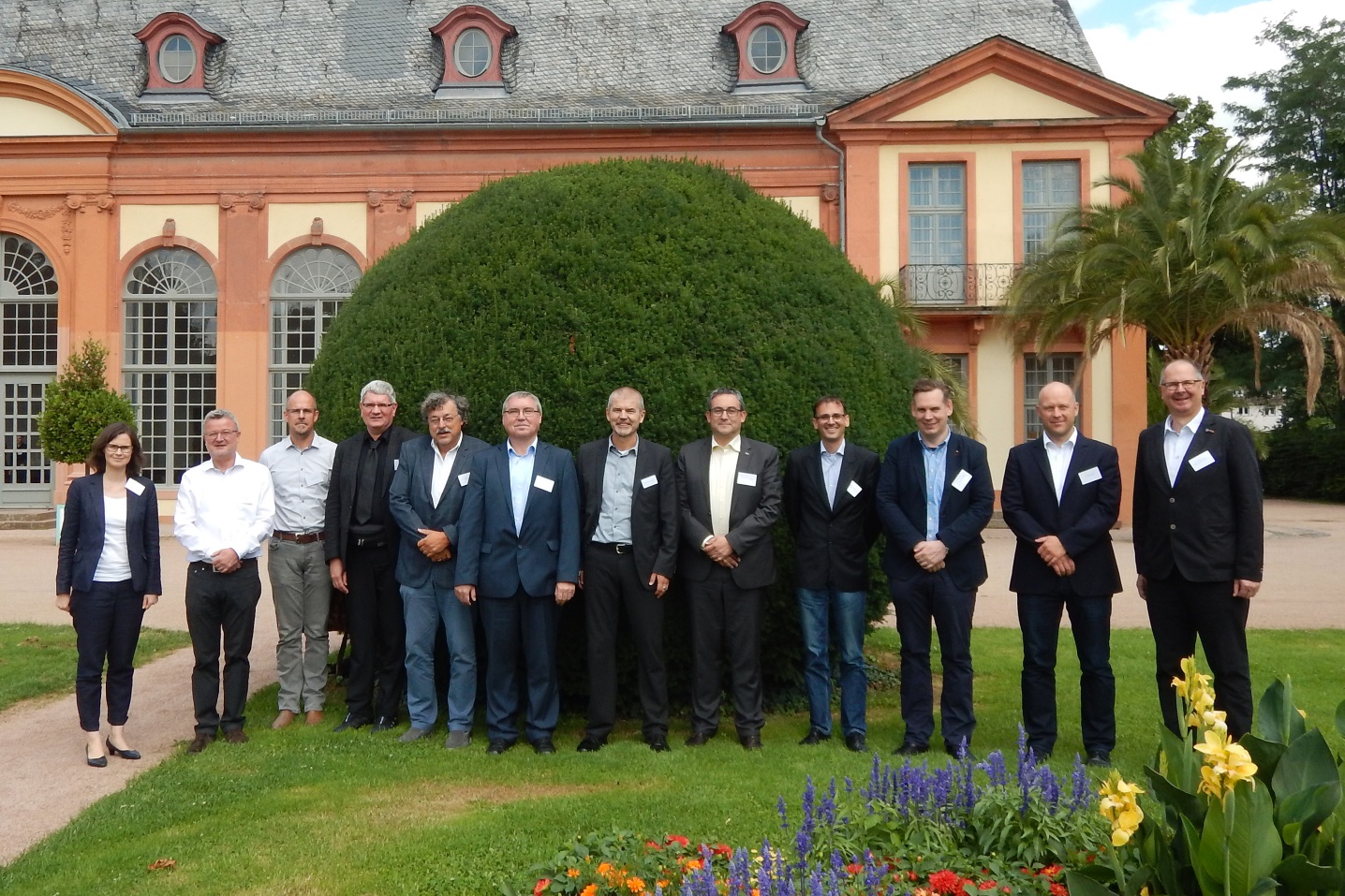 Professor Robert Schlögl of the Fritz Haber Institute and the Max Planck Institute for Chemical Energy Conversion pointed out in the second talk of the day, “Chemistry offers many solutions, but mind the dimensions”! As the German energy revolution represents only 2 % of the global energy problem, we need all solutions available, without political biases or dogma to bias our views or keep us from considering viable alternatives.

Much of the progress we have made so far in reducing greenhouse gas emissions has been in transitioning from coal to natural gas burning. This, of course, has a low ceiling of improvement. The transition to true renewable energy will be more difficult, requiring “substantial non-linear action” to achieve in a reasonable amount of time.

Robert Schlögl points out that one of the most critical advances that is needed is the availability of green hydrogen for fuels and chemical processing as well as energy storage. To produce hydrogen by electrochemically splitting water, both hydrogen and oxygen are produced in a full-cell configuration, for which the oxygen evolution reaction (OER) is the most limiting in terms of activity. The best OER catalyst to date is based on iridium oxide in the form of IrO(OH)m(H2O)n, and the scarcity of the transition metal would prohibit its application at a large scale [1]. By thoroughly characterizing the surface sites and oxidation states, an oxyl species was determined to play the key role. If this species could be formed stably on the surface of a more abundant metal oxide, it would represent a large step forward towards realizing this key technology at a larger scale.

Figure 2. There was still a lot to talk about in the lively discussions over beer and pretzels at the end of the meeting. Anyway, the weather and the Orangerie grounds left little to be desired. (Photo © John Joseph Uhlrich)

Professor Andreas Züttel of the Swiss Federal Institute of Technology in Lausanne (EPFL) is one of the world’s experts on hydrogen science and technology, and he expanded further on the materials challenge as relating to hydrogen and renewable energy technologies. To start, he pointed out that Switzerland was chiefly a land of agriculture until the development of hydropower production and energy storage, after which the country experienced accelerated growth into the high-technology society that is supported today. To generalize the point he stated, “Wealth is nothing more than the availability of energy and materials”.

Installed photovoltaics have experienced growth by a factor of 10 in the past five years, and for something approximating this rate of expansion to continue, we will need to increase recycling efforts, both to reduce waste and to recover some of the most crucial rare elements before they get lost in our landfills and groundwater. With an optimistic view and the availability of green hydrogen in the future, we could potentially refill our oil fields to re-sequester our carbon, rather than releasing it as carbon dioxide or storing the unaltered greenhouse gas directly in the ground. In one recent step in this direction, the US Naval Research Laboratory has developed a process to simultaneously extract carbon dioxide and hydrogen from seawater towards the on-site production of synthetic liquid hydrocarbon fuels on aircraft carriers out at sea [2].

In the presentations to follow, numerous other energy technologies were expanded upon with respect to their materials availability, including photocatalysis, batteries and electrochemical energy storage, fuel cells, thermoelectric energy harvesting, photovoltaics, superconducting electrical transport, and rare-earth magnets, with lively discussions during the coffee breaks.

Co-organizer Professor Wolfram Jaegermann of the Technical University of Darmstadt gave the closing remarks and observed that his only complaint was the lack of meatballs during the lunch—a clear indication of a successful symposium. The interest among the attendees was equally high, and they are already making plans to hold another installment of the meeting in the next year or two. There is a lot of work ahead, and the more attention the materials aspect of the energy transition receives, the better chance we have of making the renewable energy revolution a success on a global scale. 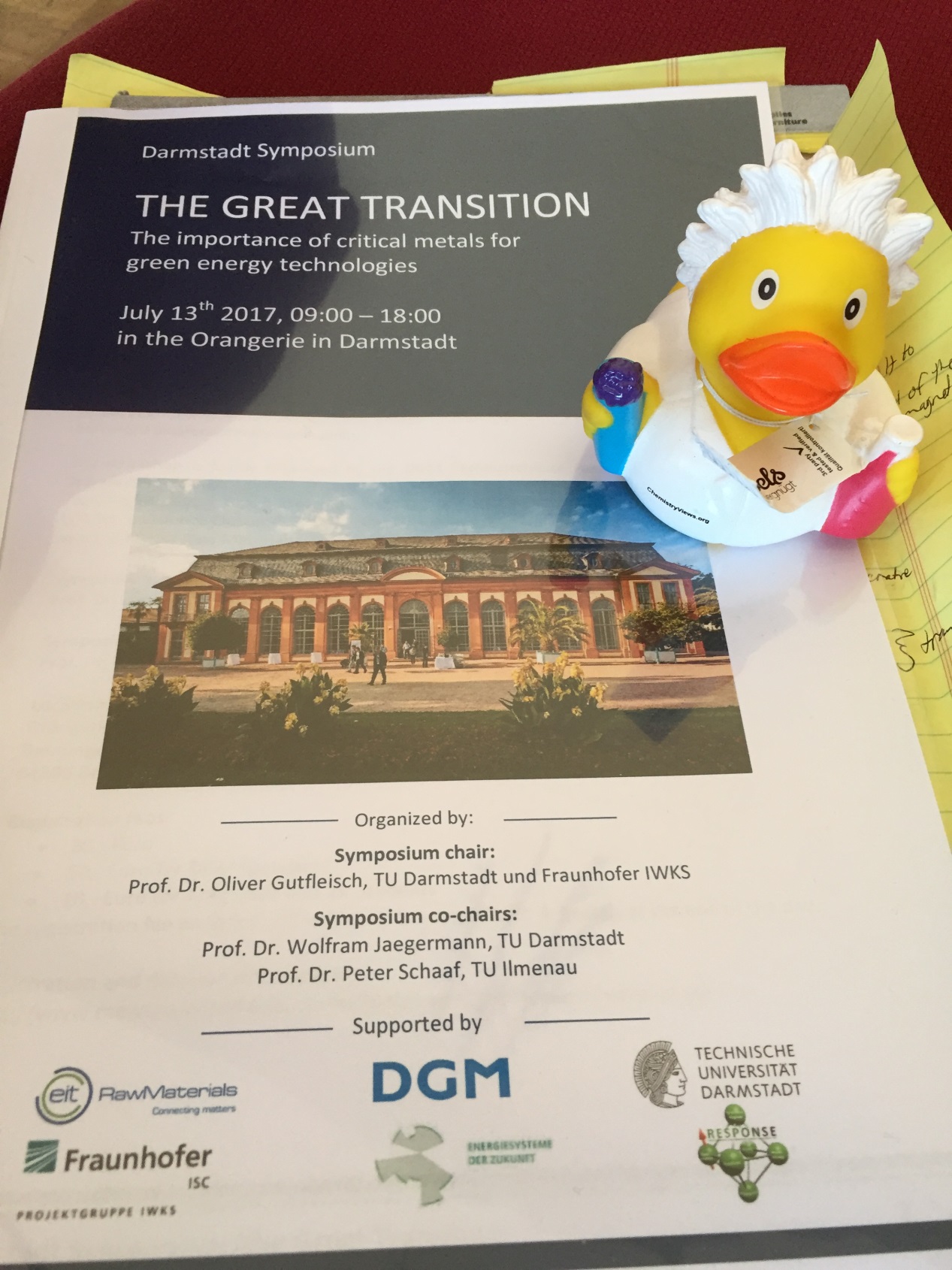 Figure 3. The “ChemQuackers” duck and I enjoyed the program of this illuminating meeting on “The Great Transition”. (Photo © John Joseph Uhlrich)