Whereas TV and popular journals constantly talk about the “poisons” which are present in our food like pesticides residues, aspartame, etc., it is useful to say that some — even elementary — knowledge of chemistry, and toxicology, is needed in order to better appreciate the real risks, when we eat.

Some years ago, a wonderful article by Bruce Ames showed that most pesticides are “natural” — they are produced by plants, in particular, when attacked by pests. This lesson should be remembered today, as the issue of food and health is ubiquitously discussed, without enough information. It is understandable that the food industry promotes the health benefits of extra virgin olive oil or antioxidants phenolics, when it sells them, but it is truly a paradox that even some chefs talk about “natural food” when they use barbecues which produce 2000 times more carcinogenic benzopyrenes than is permitted by regulations, or use plants such as tarragon or basil, which contain estragole (para-allylanisole), a very genotoxic and mutagenic compound.

It is time that the chemical community takes the opportunity of such a nature-oriented trend to state clearly that nature and natural is not a guarantee of safety, and artificial is useful. Drugs, cosmetics, cooked food, varnishes, coatings, and paint are all applications of chemistry that have found general acceptance.

Celebrate chemistry, as it protects us from the dangers of nature, which will kill us all in the end, as the English philosopher John Stuart Mill said so clearly and rightly! 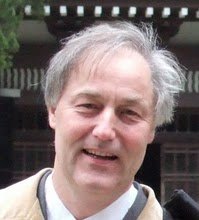 He is a member of the Institut National de la Recherche Agronomique, France, where he researches the mechanisms of phenomena occurring during culinary transformations. He coined the term “Molecular Gastronomy” to describe the science of culinary phenomena.

He is also a corresponding member of the Académie d’agriculture de France, and, more recently, the scientific director of the foundation “Food Science & Culture”, which he created at the French Academy of Science.