The framework of the conference was very modern with ePosters, live online polls, videos, and drones in the shape of big white balloons floating around the auditorium on the first day, all located in the Darmstadtium, a science and congress center opened in 2007 in the center of Darmstadt, Germany. Its name is inspired by the name of the chemical element Darmstadtium, which was discovered in Darmstadt in 2003. 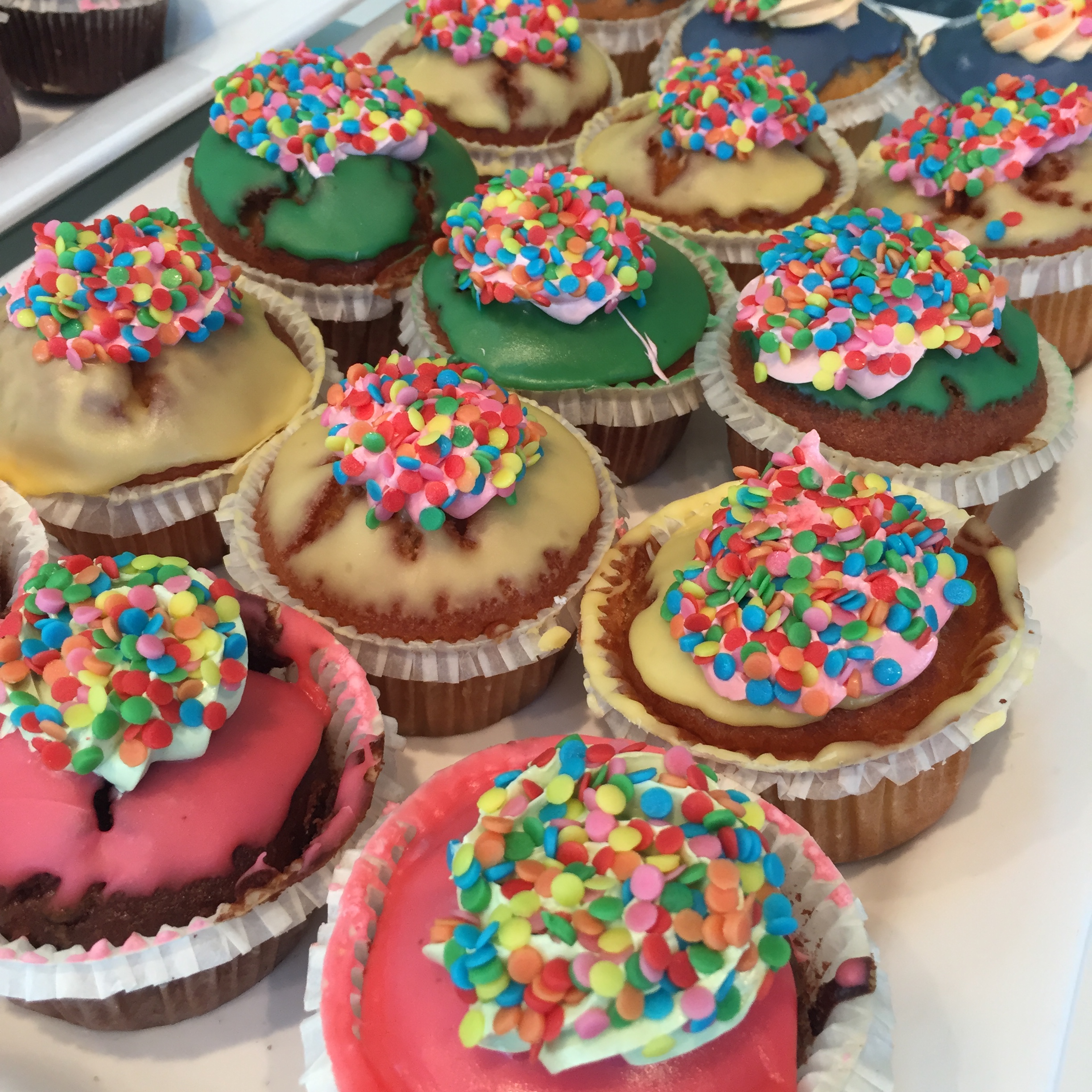 The conference was opened by Stefan Oschmann, CEO of Merck, and Ulrich Betz, Vice President at Merck Biopharma, both Darmstadt. They emphasized that there has never been a more exciting time to be in research than today. Artificial Intelligence (AI), big data analysis, and genome editing, for example, are pushing the boundaries of what is possible. Science is a power to good in their eyes. And it has also a huge responsibility to serve society.

Frank Stangenberg-Haverkamp, a member of the 11th generation of the Merck founding family, summarized the history of Merck, starting with the acquisition of a pharmacy by Friedrich Jacob Merck located on Schlossgraben in Darmstadt in 1668. His son, Emanuel Merck, led the transition from pharmacy handcraft to a research-based industrial company. He prepared and sold pure alkaloids to other pharmacies. Stangenberg-Haverkamp emphasized that a strong focus on the high purity (i.e., outstanding quality) of the products as well as scale-up to produce huge amounts of drugs distinguished Merck early on and allowed the company to become a world-leading company [1].

Merck is a family-owned but publicly listed company. The family is not intervening in the day-to-day business but holds 100 % of Emanuel Merck KG. Emanuel Merck KG holds 70 % of Merck KGaA. The other 30 % is owned by external shareholders. The values of the Merck family include respect, responsibility, transparency, integrity, achievement, and courage.

We know how to synthesize all the DNA we want, know how to read DNA,and  know how to sequence DNA. With CRISPR-Cas9, we can edit DNA. However, we cannot compose DNA. We cannot design the sequences to meet specific, desired specifications. So Frances Arnold and her team use evolution to randomly mutate the DNA towards the desired aim. The process is similar to the selective breeding of plants and animals by which we have modified the biological world. In this sense, we have created biological things that serve our needs. We did this in an iterative process without understanding the underlying mechanism.

For chemical bonds not found in nature, no catalyzing enzymes exist in nature. The catalysts used for creating carbon-silicon bonds, often require expensive trace metals or have limited lifetimes. Arnold and her group have discovered that heme proteins catalyze the formation of organosilicon compounds under physiological conditions via carbene insertion into silicon–hydrogen bonds. Using directed evolution, they enhanced the catalytic function of cytochrome c from Rhodothermus marinus to achieve more than 15-fold higher turnover than state-of-the-art synthetic catalysts [3].

She also engineered a heme-containing enzyme to catalyze sequential carbene insertion reactions using an alkyne substrate. Starting with an enzyme that could only catalyze a single carbene insertion, a series of mutations led to variants that catalyzed the efficient, stereoselective production of bicyclobutanes. By using a less reactive alkyne substrate and screening more variants with active site mutations, the researchers found enzymes that can stop at either enantiomer of the intermediate cyclopropene [5].

Daniel Zajfman, Weizmann Institute of Science (WIS), Rehovot, Israel, started his talk with a quote by Ken Olsen from 1977, showing that we are bad at predicting the future: “There is no reason for anyone to want a computer at their home”. Scientists driven by curiosity usually have no idea about the final product that may emerge from their research. Michael Faraday did not discover electricity while searching for better candles.

To develop innovative products in a forward-looking manner, Zajfman recommends providing only a compass rather than a stiffly-controlled system. At WIS, they hire excellent scientists who are creative, passionate, and have their own ideas, provide them with a top-quality human and physical infrastructure, and let them take risks, be curious, and fail. With a bit of luck, an opportunity can then be recognized. The downside of this is that it is a “long road from ideas to influence”.

“Why do we, again and again, make the same mistake to think machines are better than humans?”, asked Shyam Sankar, President at Palantir Technologies, Inc. (a global data analytics software company), Palo Alto, CA, USA. In his opinion, data and the organization and understanding of the data is much more powerful than AI. Innovation lies in how to assemble the datasets to achieve the “win”. Data is more valuable if you can organize and understand it to make it better or smarter and if you can integrate it with more data.

As an example, Sankar mentioned the computer Deep Blue who won against a human, the chess world champion Kasparow, in 1997. Deep Blue had a complete history of all public chess parts of Kasparov as well as many other chess games. Its algorithm was open source for a few years then. Another example is Google’s TensorFlow, an open source machine learning framework for everyone. The algorithms are free, but the data is not.

Sankar predicts that the next breakthrough will come from a data asset, not from AI. The iPhone with its ARKit is, for example, currently, one of the best augmentions for us, it makes us a superhuman. In his opinion, Europe and its companies, with their rich and long traditions, have unique sets of data, as long as they do not give it to Google.

George Whitesides, Harvard University, USA, raised the question of an economic model that justifies long-term, non-product related research in a world where current challenges are essentially chemical problems, and the primary objectives of chemical and pharmaceutical companies are not solving global problems but to make money.

Justin Sanchez from the Defense Advanced Research Projects Agency (DARPA), USA, that pioneered technologies such as the internet, GPS, and Siri, talked about platform technologies for a generic approach for systematic interventions into newly emerging pandemics. With 4,000 airports, 25,000 air routes, and no borders when it comes to infectious agents, time is always a critical factor.

Renée Mauborgne, an American economist and business theorist and author of the book Blue Ocean Strategy [6], recommends that companies develop strategic moves that create a large increase in value for the company, its buyers, and its employees while unlocking new demand and making the competition irrelevant. Companies succeed by creating such “blue oceans” of uncontested market space. In the competitive, “red oceans”, on the contrary, competitors fight for dominance.

Worldwide colon cancer incidents increase but mortality decreases. Harald zur Hausen, Heidelberg, Germany, and winner of the 2008 Nobel Prize in Physiology or Medicine, thinks that if we really want to do something against cancer, we have to prevent it. He links cancer to red meat (i.e., particularly dairy beef) consumption. Breastfeeding, in contrast, has a positive effect.

There were many more, very notable lectures and many vivid and inspiring discussions in-between … We look curiously at the Curious2019, which Merck announced it will hold to held next year.

During the event, Merck announced a new research prize, the Future Insight Prize. The company will recognize researchers who have made outstanding contributions to enable innovations important for the future of humanity in the categories of health, nutrition, and energy with up to € 1 million annually for the next 35 years.

In 2019, the prize will be awarded for the first time, for a visionary achievement in Pandemic Protection. Nominations can be send to [email protected] by December 31, 2018.