The Moon has fascinated mankind ever since. 50 years ago, on July 16, 1969, the Apollo 11 mission started its journey to the moon and landed successfully on July 20 – one important step for the exploration of Moon’s mysteries.

The most obvious difference between the Moon and Earth is the size: Earth is about 4 times as big as the Moon (with respect to its diameter). Picture 2 compares some properties of both. In the black picture below, size and distance of both are shown to scale. They also differ in gravity: the weight of a body on Earth is only one-sixth on the Moon. 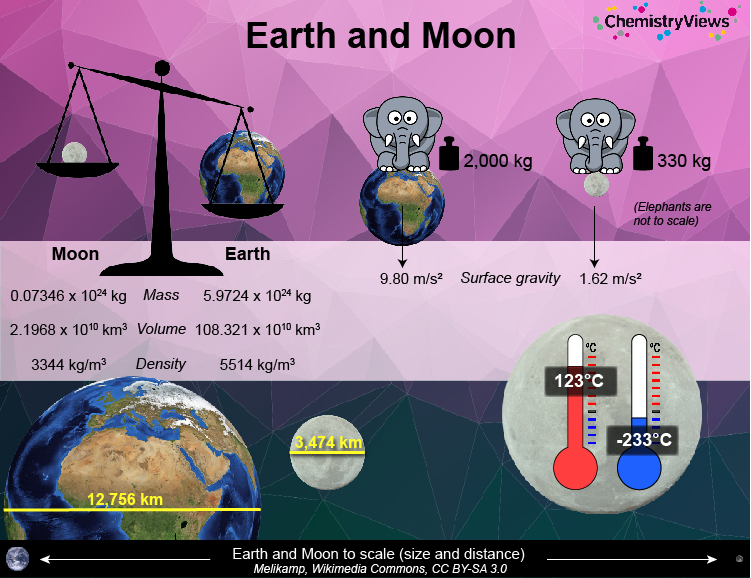 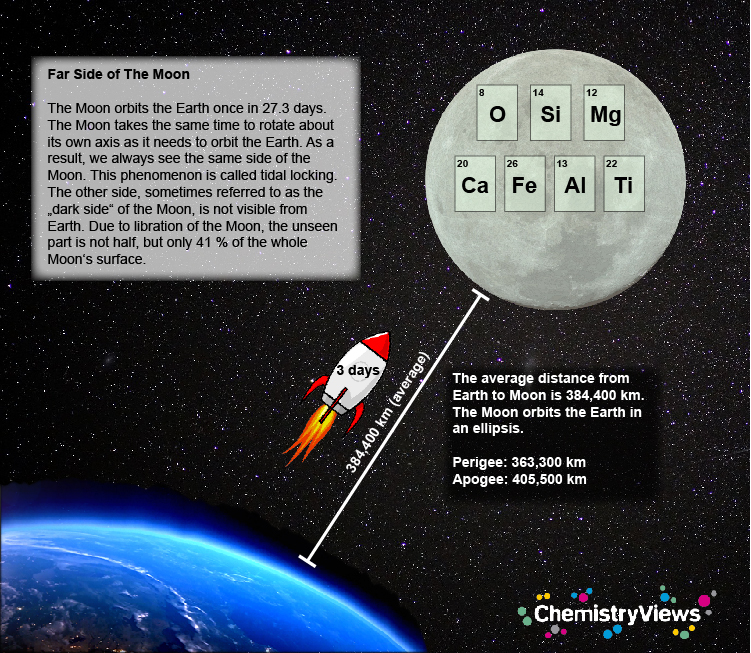 A flight to the Moon takes about three days. 50 years ago, Neil Armstrong was the first man to leave footprints on the Moon. But Apollo 11 was not the only crewed mission, and research on the Moon continued. Still, there are many open questions to be answered up there … 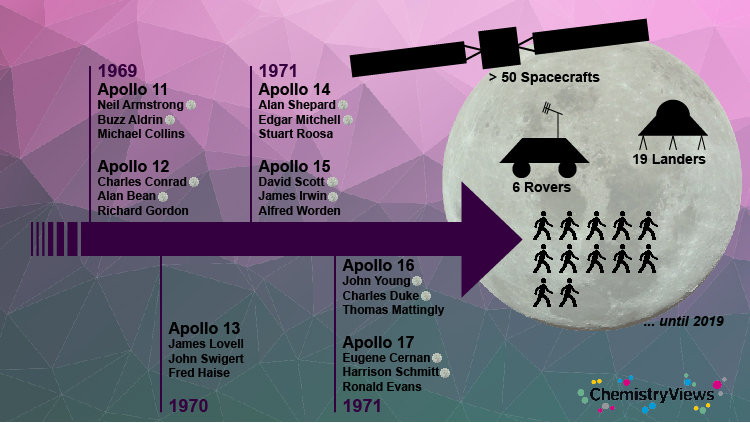