2019 marks the 150th anniversary of the discovery of the periodic table. As we all know, UNESCO and the United Nations General Assembly had declared this year as the International Year of the Periodic Table (IYPT2019). Of course, there are other anniversaries celebrated this year: This week, the Polish Chemical Society (PTChem; Polskie Towarzystwo Chemiczne) celebrates its 100th birthday at their annual meeting.

The 62nd Scientific Meeting of PTChem is held in Warsaw, Poland, from September 2–6, 2019, with more than 800 participants  – mainly from Poland – as well as many important Polish and international guests. Among the latter were 2016 Chemistry Nobel Laureate Ben Feringa, University of Groningen, The Netherlands, and 1981 Chemistry Nobel Laureate Roald Hoffmann, Emeritus at Cornell University, Ithaca, NY, USA, as well as the representatives of ChemPubSoc Europe. PTChem and 15 other European Chemical Societies such as the French, German, Italian, and Spanish Chemical Societies started forming this consortium in 1998 to publish high-quality journals and their online magazine, ChemistryViews. Accompanying the celebrations, PTChem invited this year’s ChemPubSoc Europe Owners Meeting to be held in Warsaw. This gave me, the Editor of ChemPubSoc Europe’s magazine ChemistryViews, the unique opportunity to attend their 100-year celebrations.

Figure 1. Professor Peter Kündig, Université de Genève, Switzerland, congratulates PTChem in the name of ChemPubSoc Europe. The publishing consortium gave the PTChem a book as a birthday present which includes the first pages of all papers published by Polish researchers in ChemPubSoc Europe journals; about 1500 since 2000.

Figure 2. Birthday cake and anniversary celebrations at the Politechnika in Warsaw.

The Polish Chemical Society was founded in 1919 by a group of 118 enthusiastic and well-known Polish chemists who worked at universities located in different parts of the just unified Poland. In 1918, shortly after World War I, Poland became independent as the Second Polish Republic. The initial goal of the society was to gather in one place and get to know each other, as many chemists previously worked in different regions or abroad. Therefore, the society’s activities consisted in the beginning of organizing lectures, conferences, and publishing the first Polish chemical journal.

“Our Society is the heir to scientific traditions of much earlier, local scientific societies. PTChem is the first national society which – from the moment of its establishment – was able to group the members of all historical regions of Poland. From the 1790s up to the end of the First World War, Poland has been divided into Russian, Austrian, and Prussian parts.”, Professor Jacek Lipok, Opole University, Poland, told me.

He continued that PTChem was founded almost simultaneously in three (at that time) Polish cities: Lviv (Lwów; today in Ukraine), Cracov (Kraków), and Warsaw (Warszawa). “Chemists at the universities in these cities decided to join their efforts to give the appropriate meaning to chemistry as a science and a sphere of human activity. The final document establishing PTChem was signed in 1919 in Warsaw, the capital city of Poland.”

The first president of PTChem was Leon Marchlewski (1869 – 1946) from Krakow, Poland. He was one of the pioneers in the field of chlorophyll chemistry. His research on chlorophyll and the blood pigment hemoglobin showed the similarity of some chemical structures in plants and animals, indicating a common origin. This was perceived as a great scientific discovery. In 1913 and 1914 he was nominated for the Nobel Prize.

In 1903, Leon Marchlewski received the title of Professor and became the youngest member of the Polish Academy of Sciences. In 1906, he became an associate professor at the Jagiellonian University in Krakow, and from 1906 to 1939 Head of the Institute of Medicinal Chemistry. From 1917 to 1921, he set up two agricultural research institutes: in Puławy in 1917 and in 1918, when Poland became independent, in Bydgoszcz. In 1932, he withdrew from research due to illness (cardiac insufficiency). From 1930 to 1935 he was a Senator of the Polish Republic. [3]

PTChem’s first scientific meeting was organized in Warsaw at November 1, 1919 by the executive board of the society. 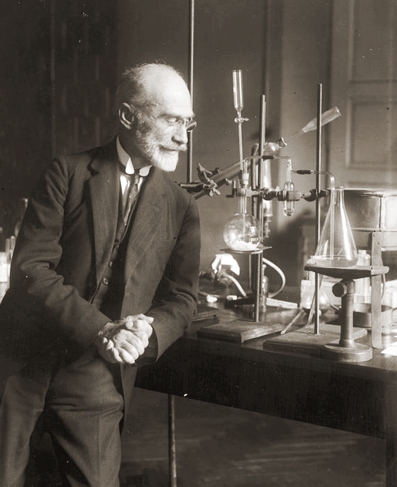 Today, the offices of the society are located in the house where Marie Curie was born in 1867. The 18th-century tenement building in Freta Street 16 is located in the historic city center of Warsaw. It is also the home of the Muzeum Marie Skłodowskiej-Curie (MMSC), which was established in 1967 on the 100th anniversary of Maria Skłodowska-Curie’s birthday. The museum houses a permanent exhibition with letters, documents, and personal belongings of Marie Curie. PTChem co-runs the museum together with the city of Warsaw. 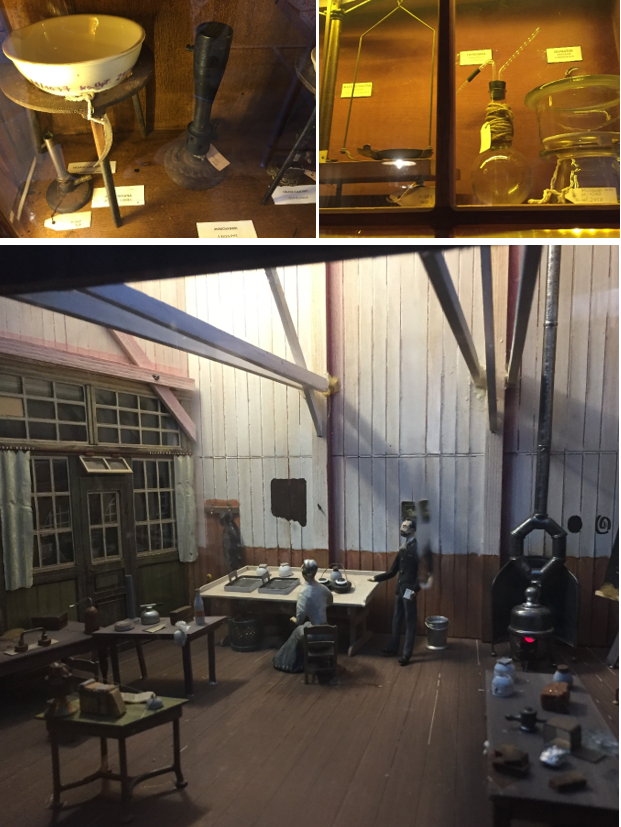 Figure 4. Exhibits at the Marie Skłodowskiej-Curie Museum. (top left to bottom) Bunsen burner, tripod with a bowl, blowpipe, balance, wash bottle, desiccator, and a model of the laboratory with Marie and Pierre Curie dolls.

Structure and Activities of PTChem

Before World War II, there were six divisions in different parts of Poland, combining more than 400 members. During World War II and the Nazi occupation of Poland (1939 – 1945), the society was officially banned. Work only continued in the underground. In 1945, the society revived its activity in 14 divisions. Today, the Polish Chemical Society has 20 divisions located at main university cities in Poland and 27 sections devoted to different fields of chemistry. The society today has about 2,500 members [1].

Awards
One of the highest awards given by PTChem is the Maria Skłodowska-Curie Medal. It honors a chemist working permanently abroad for their merits for the Polish Chemical Society. The award is presented annually and was first awarded in 1996. 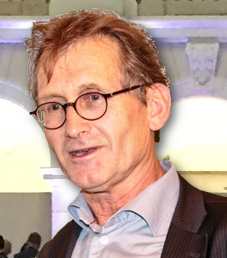 Among the awardees are 2009 Chemistry Nobel Laureate Ada Yonath, Weizmann Institute of Science, Rehovot, Israel, who received the award in 2011, and Ben Feringa, who was awarded the Maria Skłodowska-Curie Medal three years before receiving the Nobel Prize in Chemistry. During the anniversary celebrations, Professor Roald Hoffmann was awarded the 2019 Maria Sklodowska-Curie Medal by Izabela Nowak, President of the Polish Chemical Society and Adam Mickiewicz University (AMU), Poznan, Poland.

The Jędrzej Śniadecki Medal of the Polish Chemical Society is awarded to a chemist who works in Poland for outstanding scientific achievements of worldwide significance in chemistry. The award is presented nearly every year and was established in 1965. Jędrzej Śniadecki (1768 – 1838) was a Polish writer, physician, biologist, and chemist. He was responsible for the creation of modern Polish terminology in the field of chemistry. He wrote the first Polish-language chemistry textbook, Początki chemii (The Beginnings of Chemistry). It was used as a standard textbook at Polish universities well into the 1930s.

In 1921, the first journal of the society, Roczniki Chemii, was founded. The first volume had a strong focus on the activities of the young Polish society. It published a list of all members as well as the lectures given at regional division meetings.

In addition, the journal published review articles, original papers, commentaries, and book reviews. In 1953, reports of the activities of the society moved to the magazine Wiadomosci Chemiczne (Chemical News) [5]. In 1978, the name of the journal was changed to Polish Journal of Chemistry and since then, all papers were published in English. Previously, they were in Polish with additional French and English summaries. 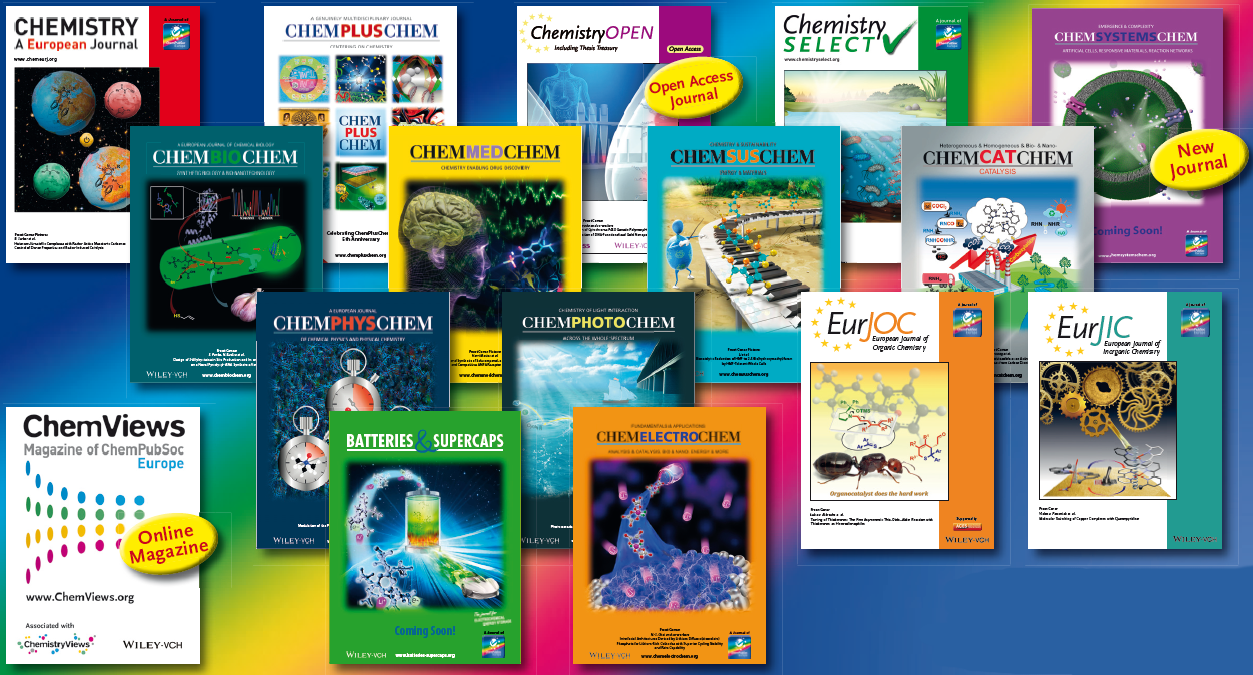 The best known Polish chemist is for sure Maria Skłodowska-Curie (1867 – 1934), the first woman to win a Nobel Prize and the first person and only woman to win the Nobel prize twice.

Other famous Polish chemists include Jan Czochralski (1885 – 1953), who was born in what was then Exin, Prussian Province of Posen, German Empire, and today Kcynia, Poland. His method of growing single crystals, the Czochralski process, is important for the production of semiconductor wafers and allowed the development of electronics. Today, all electronic devices contain integrated circuits, diodes, and other components from monocrystalline silicon which are obtained using this method. In 1916, Jan Czochralski accidentally discovered single crystal pulling by accidentally dipping the nib of his pen into molten tin instead of the inkwell.

PTChem declared 2013 the Jan Czochralski year in Poland. In the same year, PTChem and the German Chemical Society (GDCh; Gesellschaft Deutscher Chemiker) held a conference devoted to the life and activity of Jan Czochralski.