The Nobel Prize in Chemistry will be announced on October 9, 2019.

Last year, the Nobel Prize in Chemistry was awarded with one half to Frances H. Arnold, California Institute of Technology (Caltech), Pasadena, USA, “for the directed evolution of enzymes” and the other half jointly to George P. Smith, University of Missouri, Columbia, USA, and Sir Gregory P. Winter, MRC Laboratory of Molecular Biology, Cambridge, UK, “for the phage display of peptides and antibodies.”

Who do you think will be honored this year? Make your predictions below.

Update (Oct 9, 2019): The Nobel Prize has been announced. The prize was awarded to John B. Goodenough, M. Stanley Whittingham, and Akira Yoshino for the development of lithium-ion batteries.

Voting is closed (see the results below). 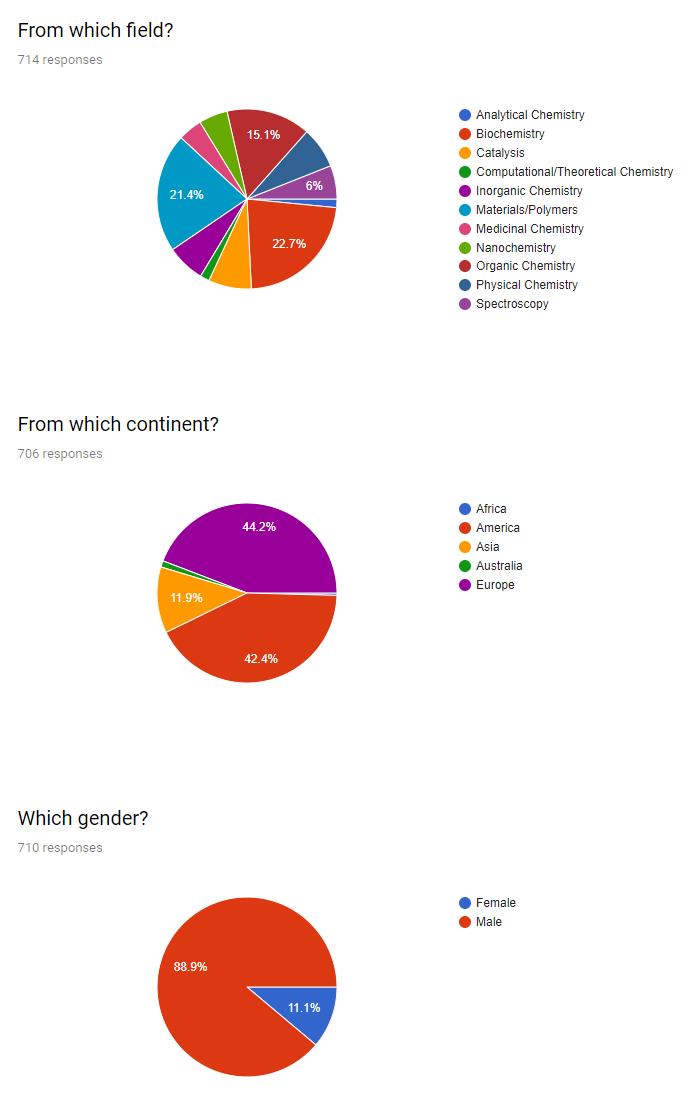