Da Han, Shanghai Jiao Tong University, China, and colleagues have developed an intelligent nanorobot for autonomous anticoagulation (the prevention of blood clots) in human plasma. This nanorobot can sense the concentration of thrombin in its local environment and trigger anticoagulation when too much thrombin is present. It consists of a barrel-shaped DNA nanostructure as the framework and several DNA-based modular components as an embedded “computing core” (pictured).

The nanorobot has three functional modules—the “input sensor”, the “threshold controller”, and the “inhibitor generator”: 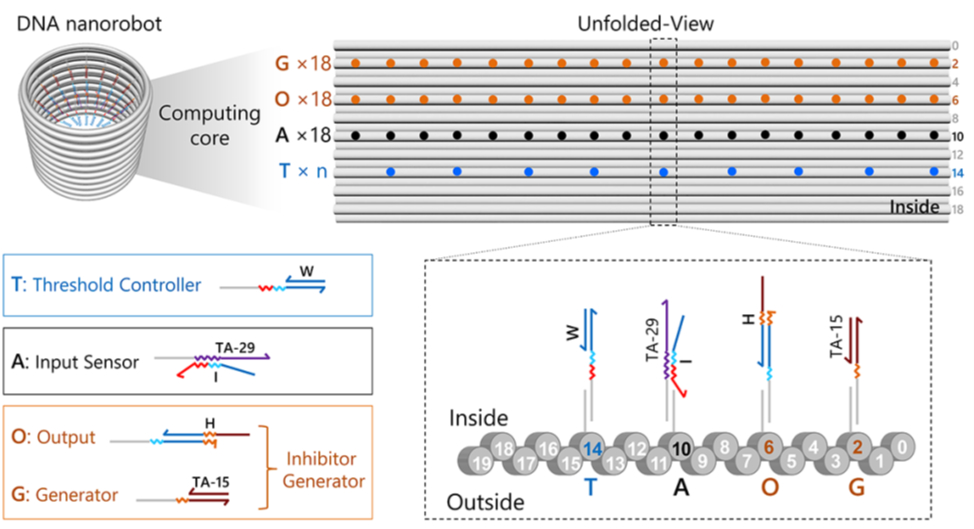 Intelligent anticoagulation was demonstrated in vitro, both in buffer solutions and in human plasma. However, the system needs further optimization in plasma. The trigger concentration can be set arbitrarily by changing the content of T. This could make the nanorobot useful for autonomous anticoagulation in various medical scenarios.