Scott E. Denmark, University of Illinois at Urbana-Champaign, USA, has been awarded the Paracelsus Prize 2020 by the Swiss Chemical Society (SCS). The award lecture took place at the virtual SCS Fall Meeting 2020 on August 25, 2020. The Paracelsus Prize is awarded to scholars who have produced outstanding scientific research in the field of chemistry at an international level. The award includes CHF 20,000 and a medal in gold (pictured below).

Denmark was honored for his contributions to the development of new catalytic concepts and organic synthesis processes. He has, for example, developed asymmetric Lewis-base-catalyzed reactions [1], used organosilanols for cross-coupling reactions [2], devised an approach for the development of asymmetric catalysis that uses chemoinformatics and machine learning [3], and reported the first comprehensive understanding of the Soai reaction [4]. 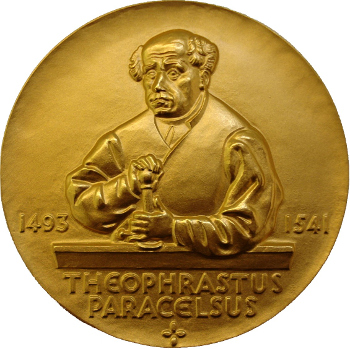 Among many other honors, Denmark has received the A. C. Cope Scholar Award from the American Chemical Society (ACS) in 1989, the Pedler Award from the Royal Society of Chemistry (RSC) in 2002/03, the ACS Award for Creative Work in Synthetic Organic Chemistry in 2003, the Prelog Medal from the ETH Zurich in 2007, the Herbert C. Brown Award for Creative Research in Synthetic Methods from the ACS in 2009, and the EROS Best Reagent of the Year Award in 2019. He is a Member of the American Academy of Arts and Sciences and the U.S. National Academy of Sciences, as well as Fellow of the American Association for the Advancement of Science (AAAS), the RSC, and the ACS.

Among other commitments, Denmark serves as a Member of the Board of Directors of Organic Syntheses and Organic Reactions. He is also a Member of the Editorial Advisory Boards of the Journal of Organic Chemistry, Organic Letters, and Tetrahedron.