The digital ProcessNet annual conference, held September 21 to 23, 2020, started with a remarkable talk on climate protection and responsibility. In a refreshing and visually appealing manner, the marine biologist Professor Antje Boetius showed typical misunderstandings and highlighted the discrepancy between our steep political goals and the action plans that have been drawn up so far.

Antje Boetius is Director of the Alfred Wegener Institute Helmholtz Center for Polar and Marine Research in Bremerhaven, Germany, Professor of Geomicrobiology at the University of Bremen, Germany, and Researcher at the Helmholtz-Max Planck Research Group on Deep Sea Ecology and Technology, Bremen. She is responsible for the current Polarstern mission (MOSAiC), the largest North Pole expedition in history. The research vessel Polarstern drifted through the Arctic, frozen in the ice, for one year. Last week, the ship left the ice floe and is now on its way back from the North Pole to Bremerhaven. Antje Boetius also reported about the results of this and other expeditions of the Alfred Wegener Institute that are relevant for us and to which we should react accordingly.

The Chemistry Between Us: Agreement on Basic Facts

Antje Boetius titled her talk: “Processes for Future: Climate and Ocean – The Chemistry Must Be Right”. As scientists, our great task in society is to provide guard rails, she said. This is particularly important in these crazy times when we are in a state of radical change and have to reinvent ourselves. To do this, also the chemistry between us must be right. We must not allow ourselves to be divided into hundreds of thousands of single minds, even though science is always critical and many-voiced. Antje Boetius thinks that instead of “appearing in a bunch of subunits that roar about loudly”, we must stick together, deal with crises by passing on knowledge, and agree on a few short guard rails as to what chemistry and chemical and biotechnological research tell us about the future.

Polar explorers can travel up to 400,000 years into the past by examining drill cores from ice sheets. Using small air bubbles trapped in the ice, they can analyze the atmosphere of earlier times and calculate what the temperature on Earth was and how many climate-active gases that cause the greenhouse effect, such as methane and CO2, were in the atmosphere. Antje Boetius considers only CO2 in her presentation. It is a proxy, she says, for all kinds of other effects, whether it is the use of water, the increase in the world’s population, the use of fossil fuels, or the plastic waste we release into the environment. There is a close correlation between CO2 and the average temperature of the earth.

As we know, the concentration of greenhouse gases in the atmosphere has been increasing. In the case of carbon dioxide, the cause of this gigantic increase is mainly the burning of carbon-containing energy sources that have been created in the course of the earth’s history. In other words, fossil energy sources—mainly coal, oil, and natural gas. Coal is still a very large part of what we burn all over the world. It is the oldest carbon, from over 80 million years ago.

The Earth’s climate system is a complex interplay of various elements of the atmosphere, biosphere, landmasses, oceans, and ice masses. The earth, therefore, has its own dynamics. Some want to justify the current drastic changes by the fact that the climate has always changed. This is true, but the time scales and concentrations in the atmosphere of these natural changes are completely different from those into which we humans have been heading for the last 50 years. Our natural systems, which should give us stability, e.g., the oceans and the polar regions, are already so involved in the warming that their natural capacities are being reduced. “This wild ride beyond 400 ppm of CO2 in the atmosphere (≥ 2 °C) is something that drives the earth completely out of balance and us humans too.”

We Must Save Nature to Save Us

In 1950, the land and the ocean largely absorbed our CO2 emissions from fossil fuels (see Fig. 1). But where do we stand today? The ocean only removes one-third of the man-made CO2. Due to its large surface area, it absorbs it physically. CO2 dissolves in the ocean, is then used by the algae, and sinks into the deep sea. The warmer we make the ocean, the worse it absorbs our CO2. The same applies to land. The plants on land and the soil still absorb one-third of the CO2. But even this gets worse and worse as it gets warmer and warmer. It gets drier, there is not enough water and we have dry forests, which partly emit CO2. Swamps dry up and emit carbon instead of storing it.

Nature does not save us. And everything we emit in excess of what the ocean and land can absorb is released into the atmosphere, into “our free dump”, as Antje Boetius calls it. This is what we then have to bear and what nature has to bear. She calls the atmosphere “a little bucket that is about to overflow”. Nevertheless, we continue to hold on to fossil fuels. Our global social system makes the fossil fuels that are still stored in the earth artificially cheaper than they are—through our taxes, through subsidies, through the rules we use for the economy. This is because we do not include the environmental and climate damage we already have to deal with in the price.

We must save nature so that it continues to store at least 60 % of CO2 away from the atmosphere. However, things look fundamentally bad. The 5th report of the World Diversity Council of the United Nations has just come out. Targets that we set in 2000 and 2010 for 2020 and 2030, respectively, will not be reached. We acknowledge the importance of biodiversity, but we are in the middle of the sixth mass extinction. Every eighth animal and plant species is endangered on earth, every sixth tree species is endangered. We are observing a mass migration of life on earth and the collapse of ecosystems and food chains due to temperature changes alone.

Our World Is No Longer That of Our Ancestors

The Arctic that we see today and that was examined during the polar drift mission (MOSAiC expedition) is not at all the Arctic that researchers of a polar drift that took place 125 years ago saw, says Antje Boetius. In spring and summer, the temperature is on average 10 °C higher and the ice cover is on average less than 1 m instead of 4 m. “We have to admit to ourselves now, a few generations later, that the earth is not what it used to be. This should make us even more ambitious in the question of determining the guard rails”.

However, the effects can also be felt elsewhere. Many do not know, Antje Boetius continued, that industrialized countries such as Japan and Germany top the list of countries that are currently suffering the greatest economic damage from climate change. In Germany, we have arrived at a +2 °C warming. For three years now we have had drought problems, our water level is sinking, and the trees are in bad shape.

We all say we do not want to go above 450 ppm or above +2 °C. The reason for this is that we know from the history of the earth that otherwise we will get a positive feedback, i.e., the warming process will become self-reinforcing. If we reach 450 ppm CO2 in the atmosphere—if we continue like this, we will easily reach it—then the earth will give us another 100 ppm CO2.

The consequences of global warming are considerable: sea-level rise of well over 80 m when all the water has run into the sea, extreme weather situations, forest fires all over the world, food insecurity, an incredible loss of habitat. According to projections of the United Nations, we will force more than 1 billion people into migration through the loss of habitat within a few decades.

The Chemistry Must be Right

From these gloomy, dystopic states that earth researchers like Antje Boetius measure and have to warn about, she comes to those who are convinced that through innovation, high-tech, and chemical solutions we can “pull ourselves out of the swamp by the skin of our teeth”. We understand that we humans have to live in harmony with nature, that it’s all about cycles, budgets and balances that we have to maintain. We can take that apart and then build processes for everything, set social rules, and define political goals. By doing so, we can succeed. It is a big task and we need very ambitious international cohesion to implement this.

In the end, Antje Boetius emphasizes once again how important it is for us in the scientific societies and communities, in science and also in industry, to come together and make clear where we actually want to go. What do we demand from politics and society and also from ourselves? Of course, scientists and industry alone cannot determine where we are going. Scientific knowledge, socio-political goals, and political measures must somehow come together for a good innovation chemistry. We are closer to this than we were a year ago, she says. According to the Green Deal, for example, Europe should become the first climate-neutral continent by 2050. However, our big problem here is that the action plans and thus the progress (so far) do not fit in with the steep political goals.

We would like to come out at the end of the century with a maximum of 1.5 °C warming. However, we must honestly say that we will not manage +1.5 °C. Now we have to stick at least to the +2 °C target. And even that is a big challenge. It needs a fundamental reinvention and transformation. 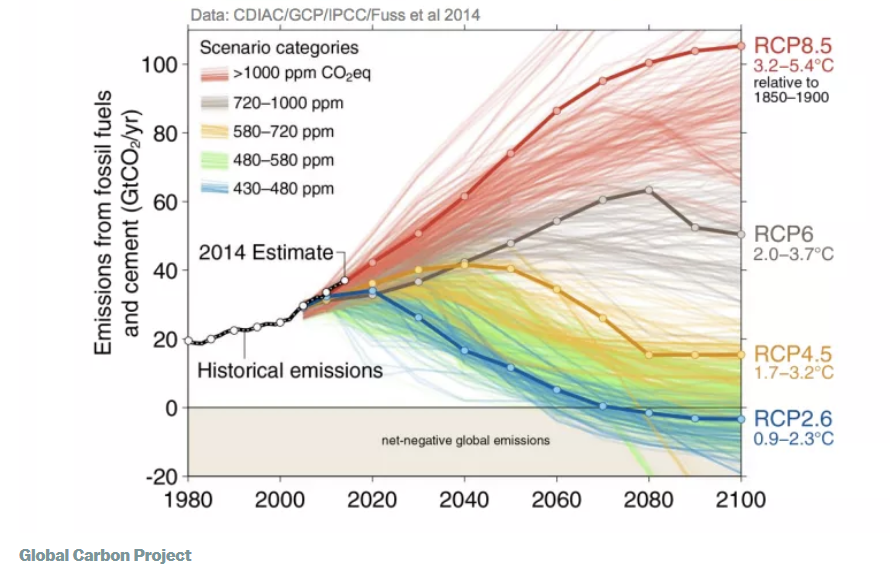 Figure 2 shows our CO2 emissions as the black line. Actually, we would have liked to get to the blue line. However, the latest emissions trend is directing towards the red line scenario. As long as we do not succeed globally in cutting CO2 emissions together in the way we need to, Antje Boetius says we will have to think about chemical and biotechnological capabilities to ramp up alternative negative emission technologies. We cannot do without that, she says. In other words, we still need to think about how we can do more with trees and wood, how to capture CO2 from the atmosphere, and put it back underground. These are all very important questions and tasks for those who think about chemical and biotechnological processes. The chemistry must be right.