Self-assembly is a powerful tool for the efficient creation of complex molecules. Disulfides, for example, can self-assemble from thiol building blocks via metal- or metalloid-assisted iodine oxidation. Disulfide bonds possess the dynamic ability to break and reform rapidly under suitable conditions, which can, e.g., be used for the synthesis of macrocycles. 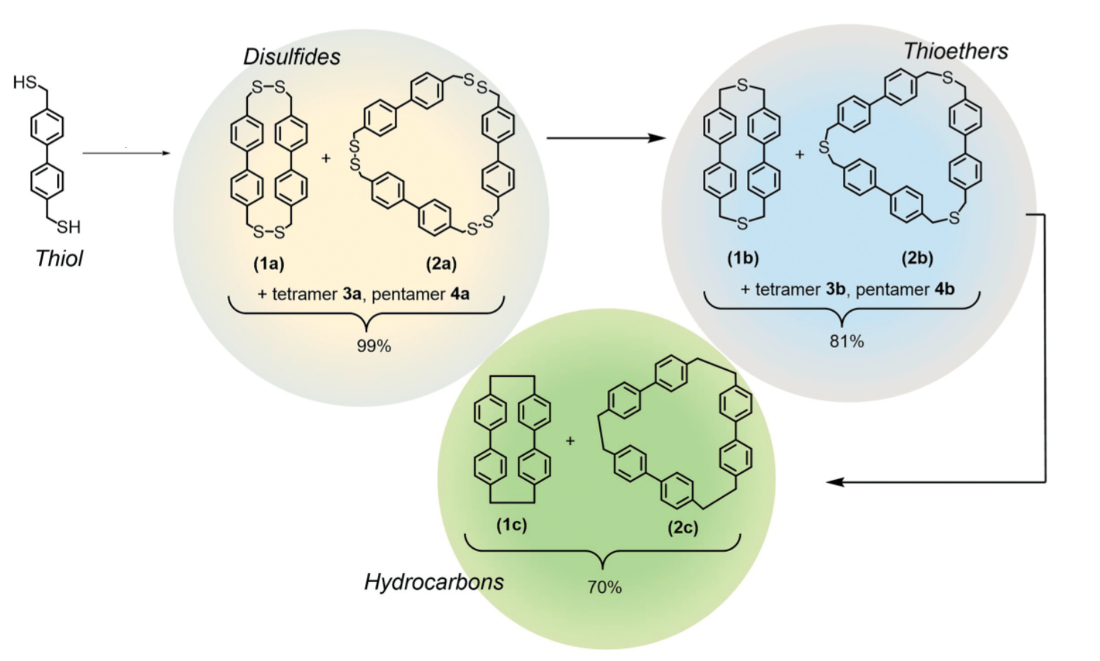