Cinnamon is one of the oldest spices. Already around 2800 A.D., it was mentioned in connection with the Chinese emperor Schennung “kwai” and the Egyptian Pharaoness Hatschepsut. The Portuguese Vasco da Gama brought this spice to Europe in 1502, after his landing in 1498 on the south Indian island Ceylon, today’s Sri Lanka.

In 16th to 18th century Europe, cinnamon was considered particularly expensive and precious spices. It first came from the Portuguese colony in Ceylon, which then fell to the Dutch, and was conquered by the English in 1796. The Dutch established extensive Cassia plantations in Indonesia.

Cinnamon is offered in sticks or as a powder and is used to season pastries, mulled wine (Glühwein), hot drinks, desserts, soups, curries, etc. 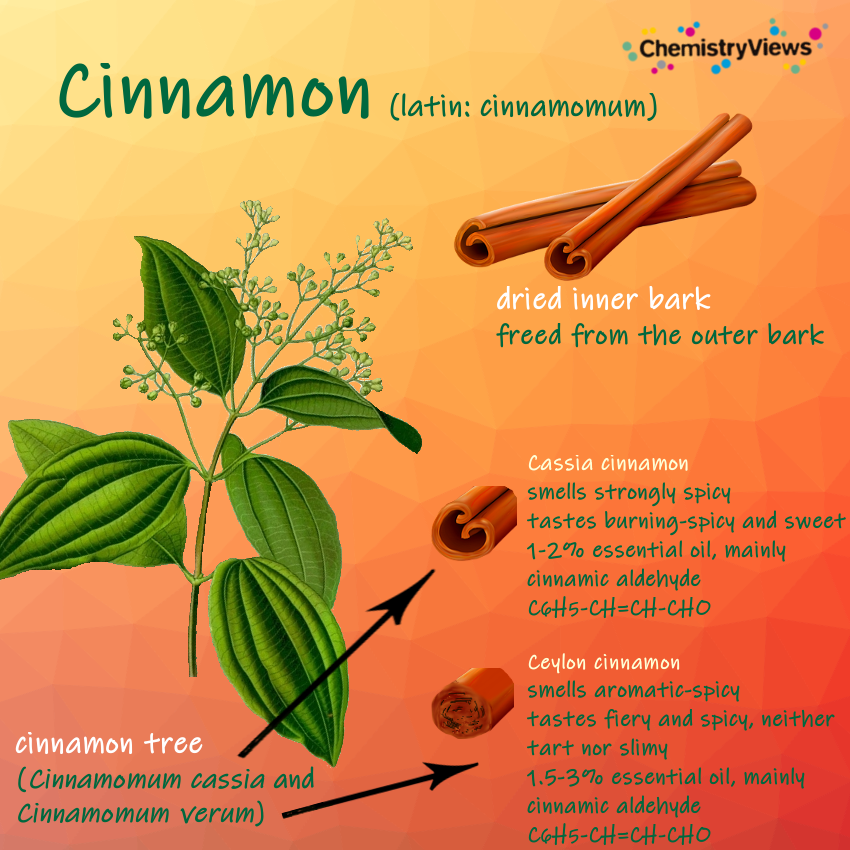 Ground cinnamon usually consists of cassia, sometimes with an addition of Ceylon cinnamon. Ground cinnamon is often sold as a mixture of different varieties and/or diluted with other substances, either for cost reasons or to adjust the aroma and baking properties. Also, real cinnamon is only available in limited quantities. 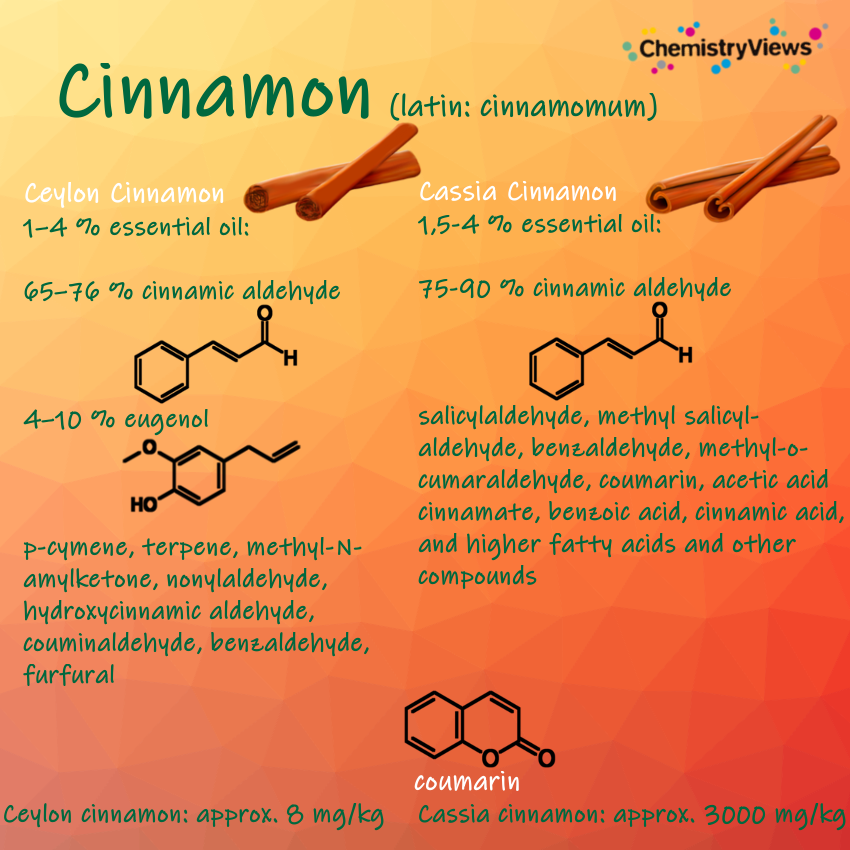 Coumarin is found in woodruff (Galium odoratum), dates, tonka beans (Dipteryx odorata), and the cinnamon varieties Cassia cinnamon (Cinnamomum cassia), Indonesian cinnamon (Cinnamomum burmannii), and Vietnamese cinnamon (Cinnamomum loureiroi), among others. In larger quantities it is harmful to health and can cause headaches, inflammation of the liver, and liver damage. Animal experiments, which are probably only partially transferable to humans, even showed it could cause cancer in very high doses. The total intake of coumarin is small for the usual consumption quantities of cinnamon. Only someone who regularly uses large amounts of cinnamon as a spice should preferentially use Ceylon cinnamon, which contains much lower levels of coumarin.

Coumarin (and related substances) are responsible for the typical hay smell when drying grass or woodruff. The tonka bean contains larger quantities of coumarin.

Coumarin can simulate the taste of real vanilla. It has been falsely called “Mexican vanilla” since the beginning of the 20th century and used as a substitute for the spice vanilla (vanilla planifolia). However, the use of coumarin as a flavoring agent is restricted by law in some areas such as the USA and the European Union (EU).