Yeasts belong to the unicellular fungi and the group of the eukaryotes; they have a cell nucleus. Yeast has been of vital importance in winemaking, baking, and brewing since ancient times. It consists of living cells.

There are two main forms offered for baking: pressed fresh yeast (block yeast) and active dry yeast. For the production of dry yeast, a large part of the water is successively removed from the yeast cultures. The resulting powder can be stored for up to one year without any problems. Over time, the yeast cells lose their ability to reactivate. Fresh yeast can be stored at 2–8 °C for ten to twelve days. 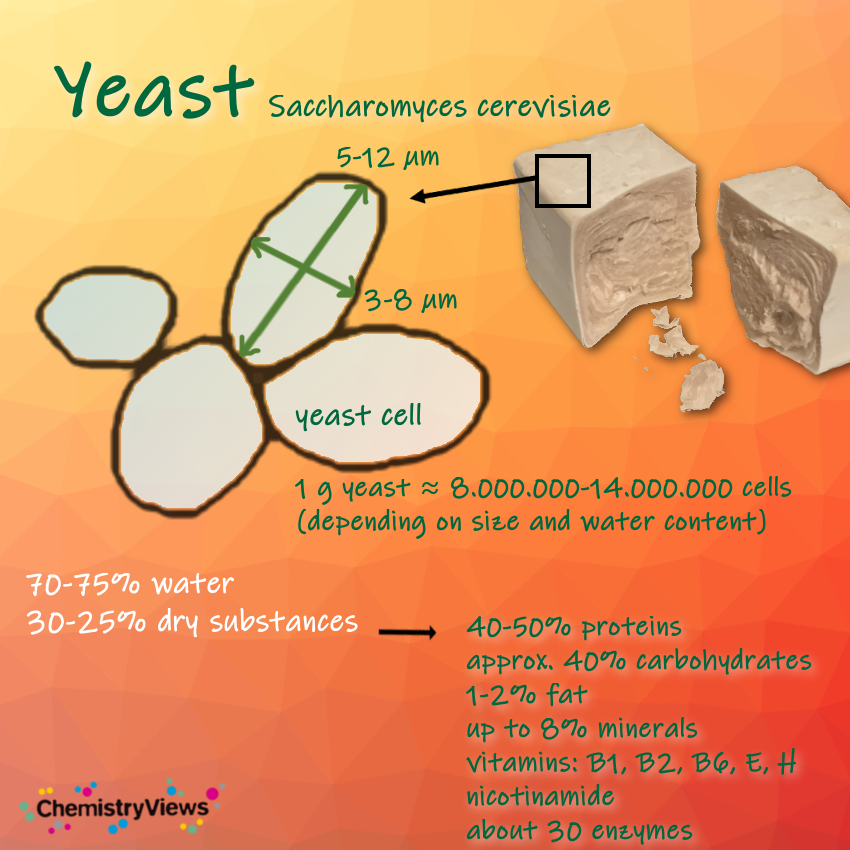 Bread bakers originally obtained their yeast from beer brewers. The word Saccharomyces is derived from saccharose (sugar) because these fungi break down sugar, and cerevisiae comes from cerevisia, the Latin word for beer. The Phoenicians brewed beer and in ancient Egypt, yeast was used to bake bread. Today, brewing and baking yeast strains are different. In the middle of the 19th century, more and more brewers switched from top-fermented to bottom-fermented yeasts. These are not suitable for bread preparation. Subsequently, demand led to the industrial production of baker’s yeast, first in 1846. 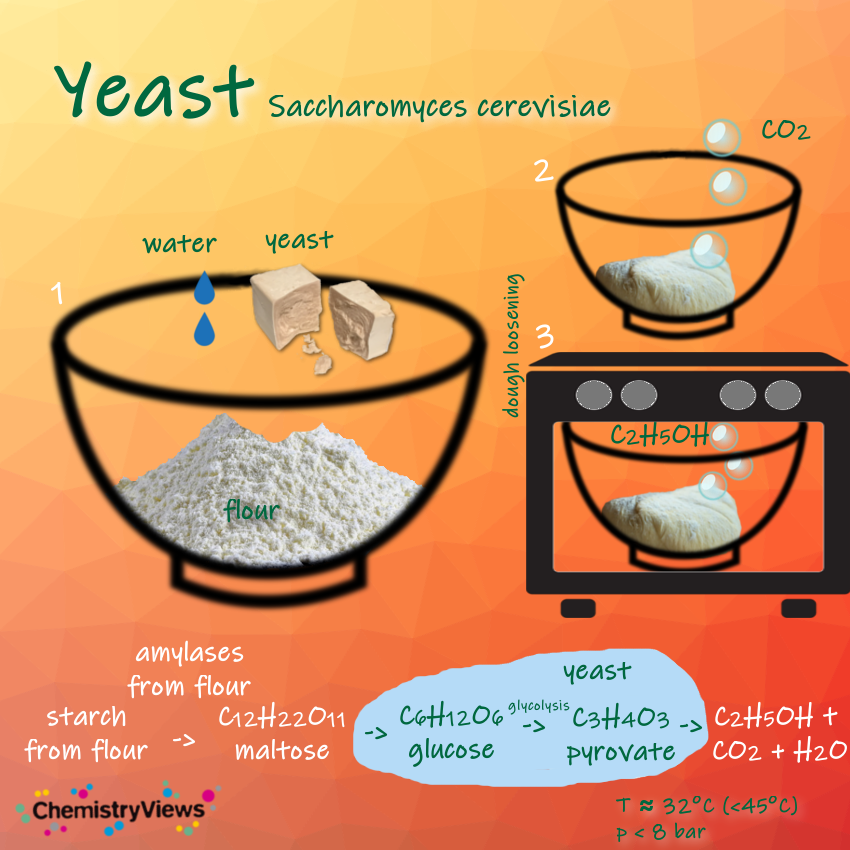 Larger amounts of sugar extract water from the dough during dissolution. As a result, the yeast no longer has sufficient water available to dissolve nutrients and transport them into the cell interior. The fermentation activity is limited due to a lack of food.

A higher fat content reduces the free dough water because otherwise, the dough would become too soft. The higher the fat content, the lower the water content. The fermentation-inhibiting effect is increased because the sugar must now dissolve in less water. Fat can also encloses yeast cells, which reduces their metabolism.

Salt inhibits fermentation because it dissociates in solutions and has a greater water-attracting effect than sugar. Salt also destroys the yeast cells.

Carbon dioxide has a negative effect in larger quantities because the resulting lack of oxygen hinders the respiration of the yeast cell. By kneading the dough, CO2 can be removed, and new oxygen can be incorporated.

Acids dissolved in the dough decrease the pH value. In small amounts this is stimulating, in higher concentrations the fermentation activity is slowed down.

Within 1-2 hours, a noticeable gas development can be seen in both flasks, the balloons inflate considerably. The gas development is faster in the sugar solution at the beginning than in the flour dispersion. In the case of starch (e.g. in flour), the polysaccharides first have to be enzymatically split, therefore, the glycolysis occurs with a delay. After several hours (leave overnight), however, both balloons are almost equally inflated.