The Wolf Prize is an international award modeled on the Nobel Prize. It honors between one and three scientists in six different disciplines for outstanding discoveries. Wolf Prizes in Physics and Chemistry are often considered the most prestigious awards in those fields after the Nobel Prize.

The Wolf Prize has been awarded annually by the Wolf Foundation since 1978 and comes with USD 100,000 in prize money. The award is presented during a ceremony at the Knesset, Israel´s Parliament. The 2021 Wolf Prize announcement will take place on February 9 at 17:00 (CET +1). (it was postponed for one week) 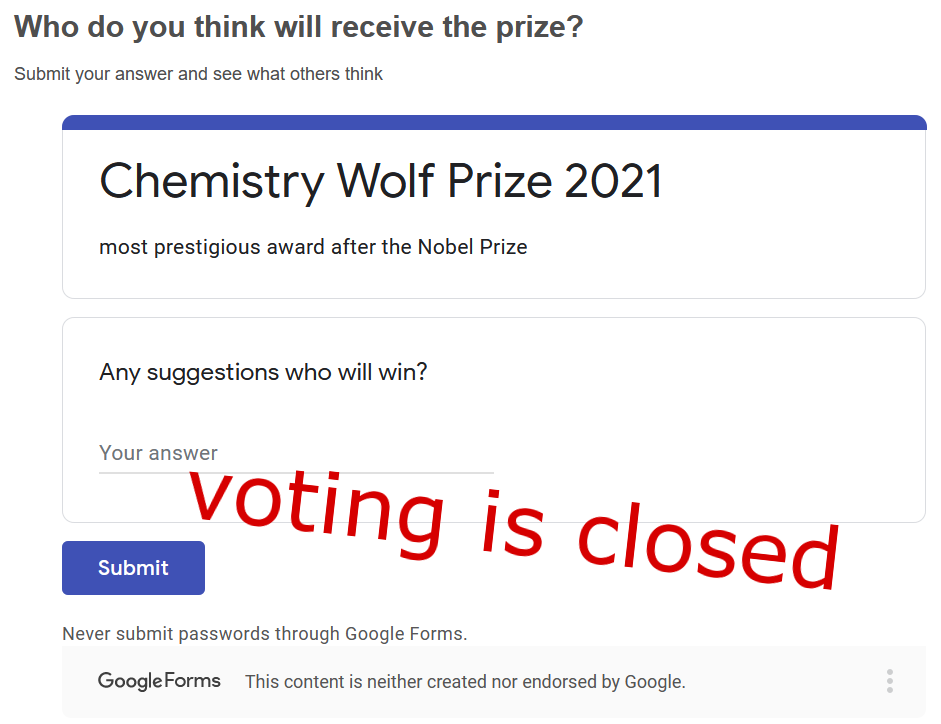