Ludwig Knorr was born on December 2, 1859, in Munich, Germany. He studied chemistry at the Universities of Munich, Heidelberg—under Robert Bunsen—and Erlangen, all Germany. He received his Ph.D. from the University of Erlangen in 1882 under the supervision of Emil Fischer for work on piperylhydrazine.

Knorr completed his habilitation in 1885 with work “on the formation of carbon-nitrogen rings through the action of amine and hydrazine bases on acetoacetate and its derivatives”. The same year, he became Associate Professor at the University of Würzburg, Germany. Knorr moved to the University of Jena, Germany, in 1889, as Full Professor, where he remained for the rest of his career—except for a stint in the medical corps during World War I. Ludwig Knorr died on June 4, 1921, in Jena, Germany.

Knorr is known for the Paal–Knorr synthesis, which he developed with Carl Paal in 1884 [1,2], as well as the Knorr quinoline synthesis [3] and the Knorr pyrrole synthesis [4,5] (all three pictured below). The Paal–Knorr synthesis is used to prepare furans, pyrroles, or thiophenes from 1,4-diketones, using either an acid catalyst, an amine, or, e.g., phosphorus pentasulfide, respectively. The Knorr quinoline synthesis converts a β-ketoanilide to a quinoline derivative using sulfuric acid. In the Knorr pyrrole synthesis, an α-aminoketone is reacted with a β-ketoester in the presence of zinc and glacial acetic acid to obtain substituted pyrroles. 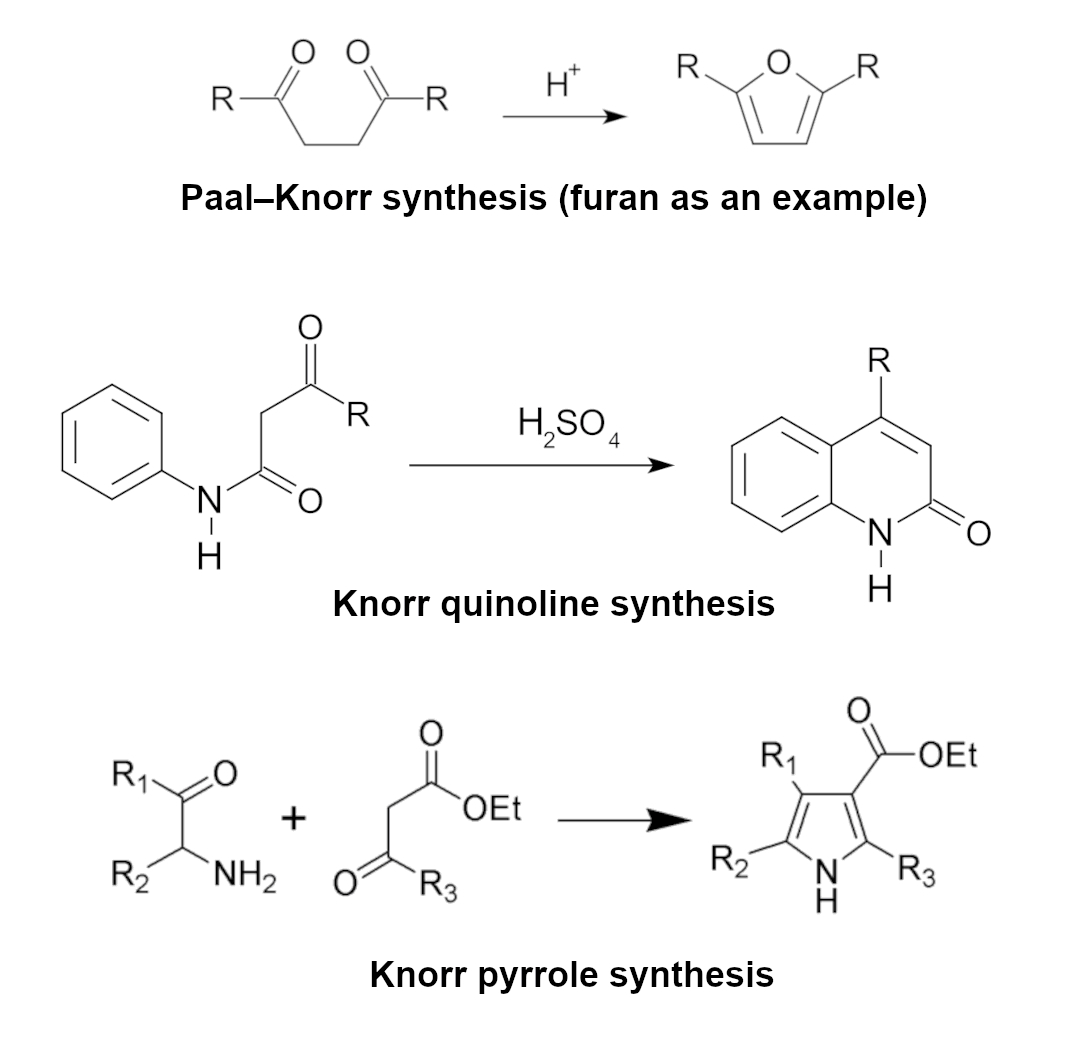 Knorr also synthesized the analgesic and antipyretic drug antipyrine (or phenazone, pictured on the right) in 1883, which was one of the earliest synthetic analgesic drugs. He discovered the compound during a search for quinine-related compounds with pharmaceutical activity.

Ludwig Knorr is the answer to Guess the Chemist (114).