This summer, we have invited you to share stories about a molecule you like or connect with in the form of pictures, short (or longer) texts, or videos. Many thanks to all of you who participated on social media and by mail! We are very excited. So much wonderful feedback has come in, very creative ideas, artful presentations in pictures and videos, and very different stories, from the very scientific to the very personal. Thank you so much for that. We were also thrilled by the broad spectrum of selected molecules for which we received stories. There was very little overlap.

Below we present some special highlights, summarize a bit of what we learned about your molecules and fascination. And there are new book prize winners again: Abhik Ghosh, Norway, Carina Crucho, Portugal, S. Dhanish, India, Natalie Nakles, USA. Congratulations to the winners! Congratulations also to the winners from July and August once again.

It is not possible to make an objective assessment and we do not want to do so. After all, these are all very personal stories, the selection is subjective, and, as we said, we enjoyed all submissions. Nevertheless, we would like to highlight the molecule stories of some of the submitters who have won a book prize or, in our opinion, have made a particularly great effort to tell their story or whom we found particularly creative in how they tell it.

Sucrose May Spoil Your Coffee
Carina Crucho introduces sucrose in a video. Sucrose is the first molecule she has worked with. Her short video story—also giving a few facts about the disaccharide—ends with the good advice not to spoil your coffee with sugar. 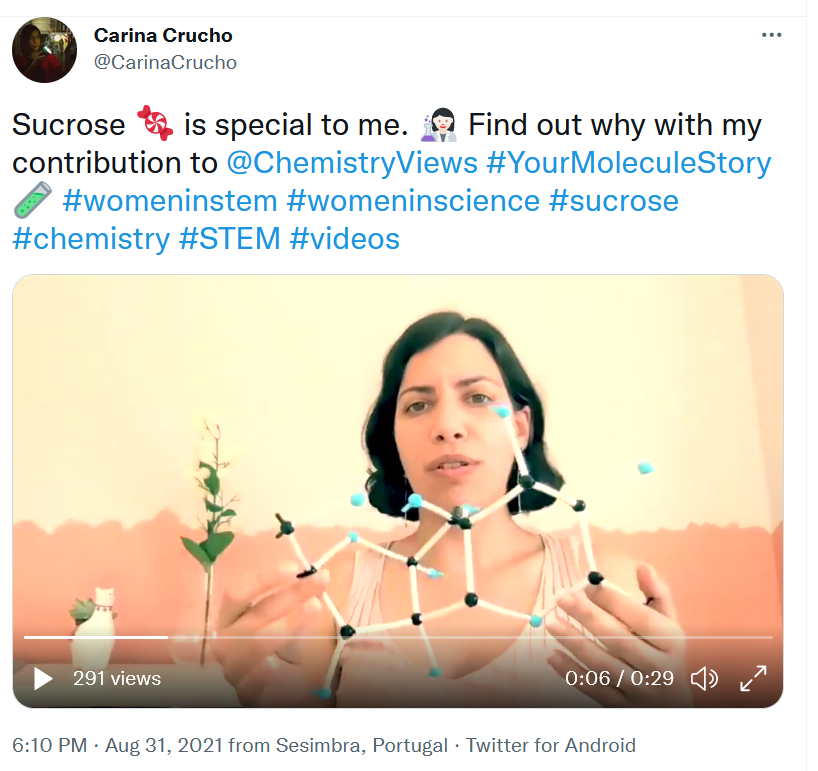 A Poison that Saves Lives
Natalie Nakles’ favorite molecule is d-tubocurarin, as she explains in a text. It is an active component of curare, an arrow poison originally used by indigenous people in South America. It works by binding to and blocking the nicotinic acetylcholine receptors of skeletal muscles at the neuromuscular junction. However, since the early 1940s, it has also been used in surgery to relax muscles.

As a teenager, she was so fascinated by the physician Scott Smith’s self-experiments that she wanted to learn as much as she could about d-tubocurarine. In this process, she discovered her love of pharmacology, toxicology, and organic chemistry. 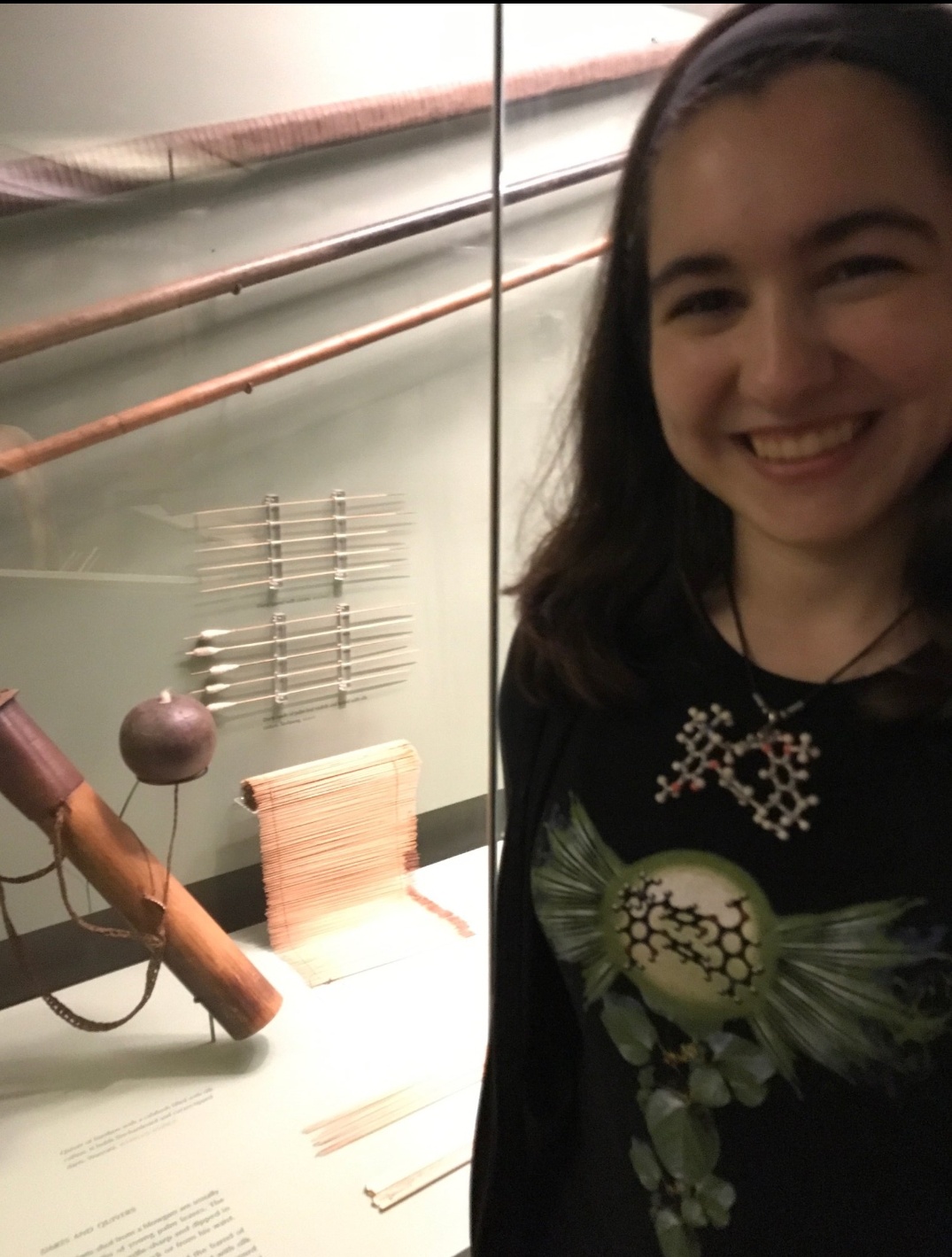 The Conundrum Surrounding 2,6-Diisopropylphenol
Miklos Simonyi of the Natural Sciences Research Center in Budapest, Hungary, describes in a text why he has been fascinated by 2,6-diisopropylphenol for more than a quarter century.

“I was particularly fascinated by the structure of 2,6-diisopropylphenol because the question arose: What influence would the 2,6-diisopropyl substituents have on the O-H group? Since the free or hindered character of the O-H bond is reflected in the infrared spectra, I turned to spectroscopy,” and he goes on to describe how he got to the bottom of the puzzle. 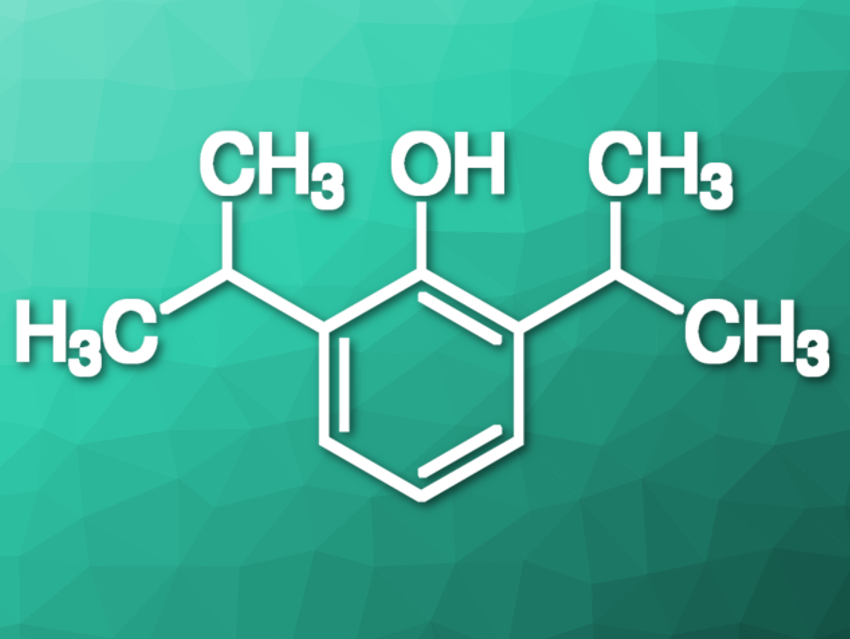 Olympicene
Dhanish is excited about Olympicene, or 6H-benzo[cd]pyrene. The molecule looks like the Olympic rings and was synthesized in 2012 to celebrate the London Olympics. It is a molecule of four benzene rings and a cyclohexane. “This compound is the smallest five-ring structure in the world, which is pretty cool,” Dhanish wrote.

Green Tea Miracle Drug
Epigallocatechin gallate (EGCG), the ester of epigallocatechin and gallic acid, is the most abundant phytochemical in green tea and a molecule that Prithivi Ranjani appreciates for its for its effects on health. It is believed to have numerous health-promoting effects such as acting as a strong free radical scavenger, and an antioxidant, increasing bone mineral density and decreasing bone resorption, anti-aging properties, a positive effect on Alzheimer’s and Parkinson’s disease, and inhibiting fatty acid synthase and glutamate dehydrogenase activity.

Incredibly Complex
It has only ten carbon and eight hydrogen atoms, yet it is incredibly complex. It is an isomer of naphthalene, aromatic, deep blue, an exception to the Kasha rule, etc.—Corentin Lefebvre shares his fascination with azulene in a tweet with picture. 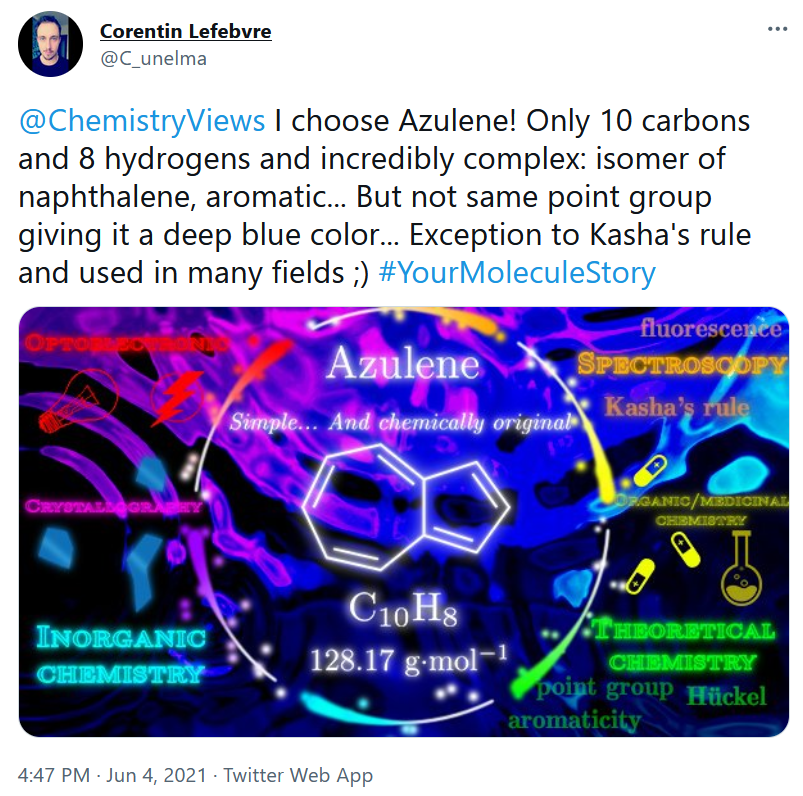 Norwegian Taco and Pancake Komplexes
Abhik Ghosh from the UiT—The Arctic University of Norway in Tromso, presents two apparently isoelectronic complexes of copper and gold. Due to different orbital structures, however, they then do not behave so identically: one reminds him and his team of a folded taco and the other of a flat pancake. 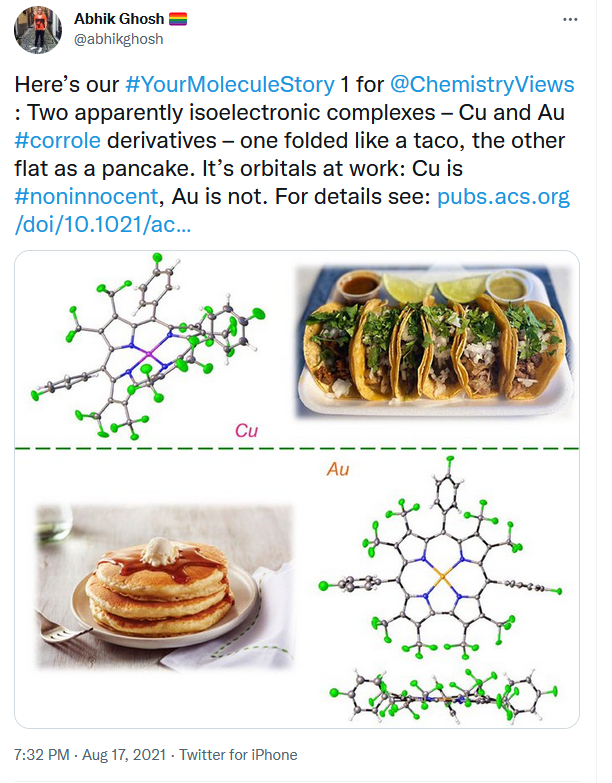 We have received many interesting molecules. Some of them we have put together in the following. The molecules include: allicine, azadirachtin (a tetranortriterpenoid from the neem seed and a biopesticide), benzene, caffeine, capsaicin, carborane acids, curcumin, cucurbituril, chrysin or 5,7-dihydroxyflavone (found in honey, propolis, and passion flowers), dicoumarol, fullerene, geosmin, glyphosate, isopropyl cyanide, limonene, linalool, malachite green, NaCl, NH3, oligocyclobutane, penicillins, phthalic anhydride (the parent compound of phenolphthalein), propargylamine. 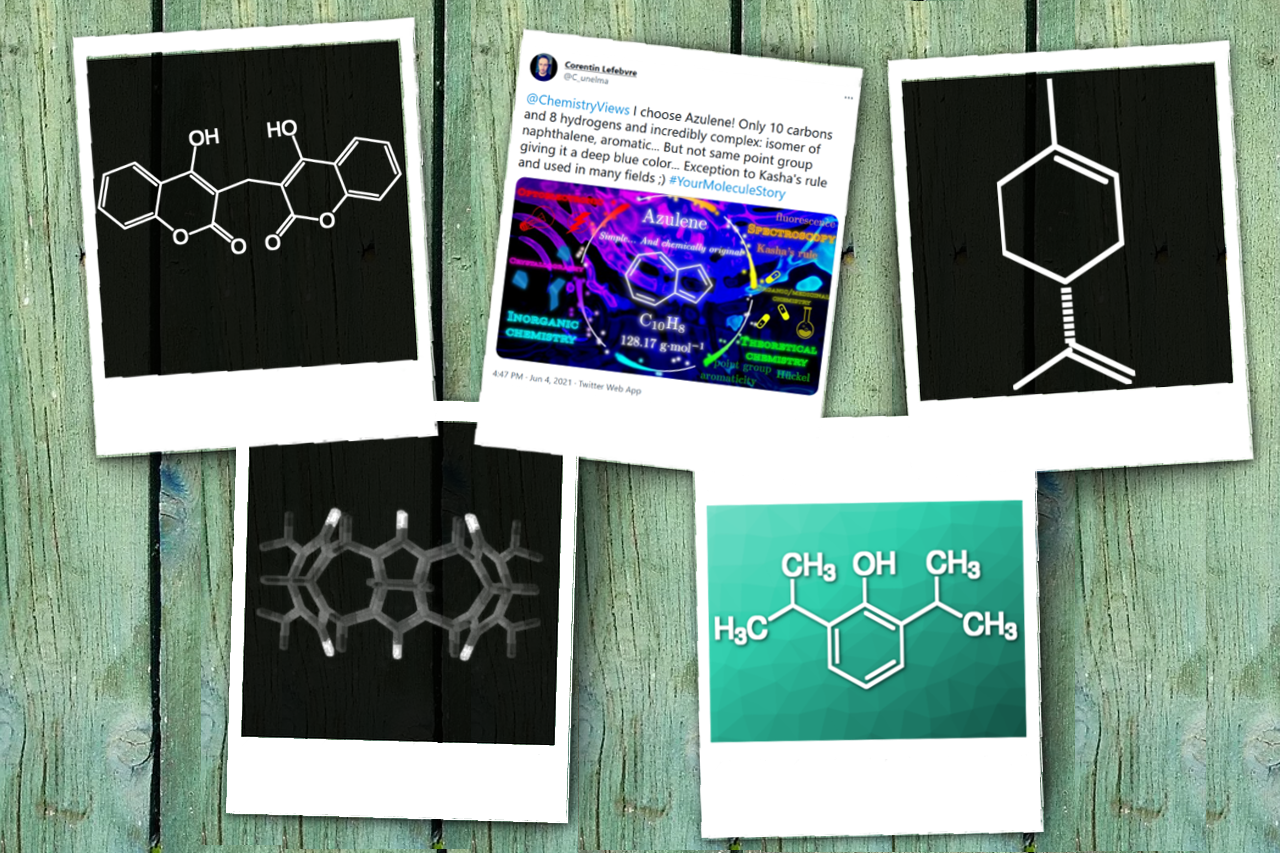 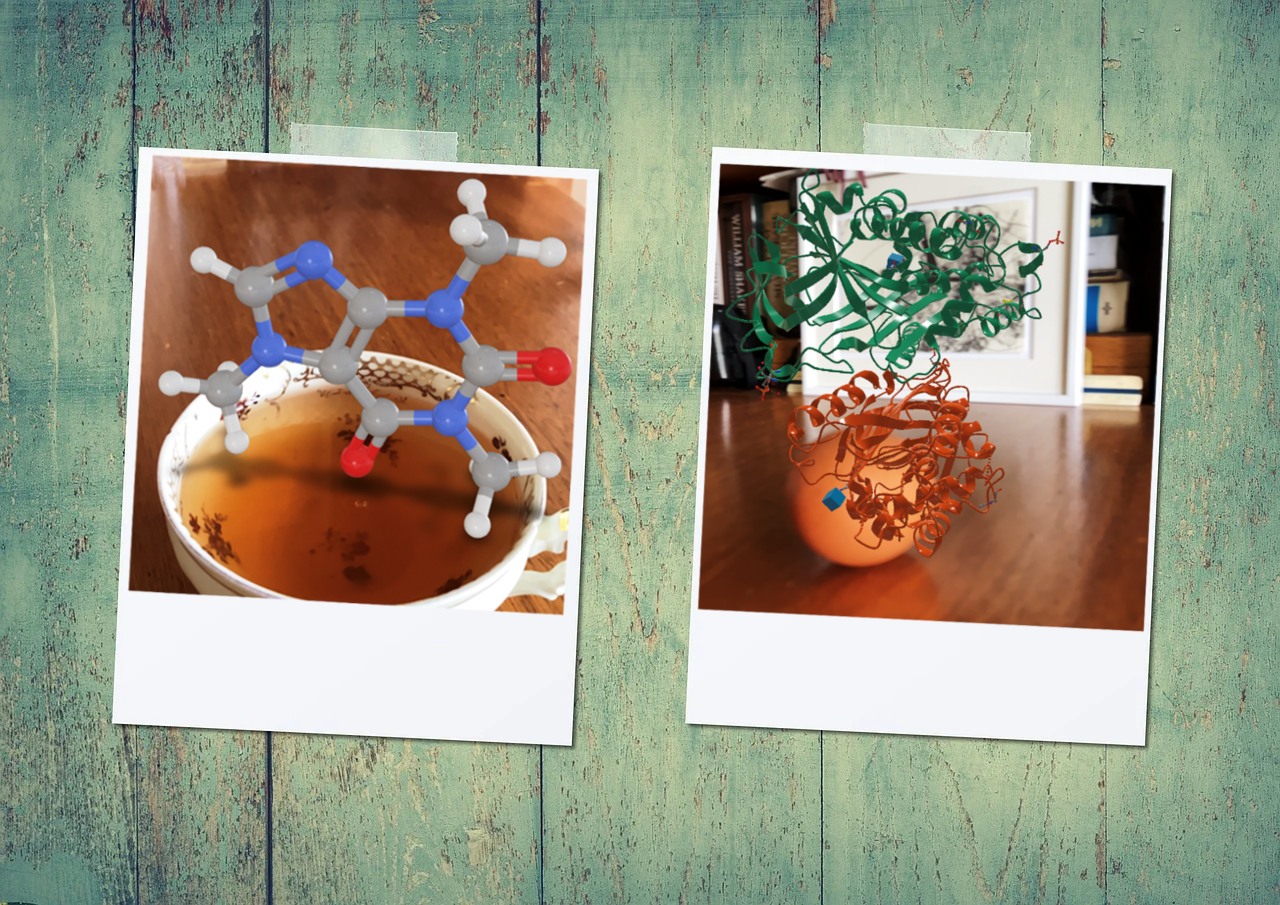 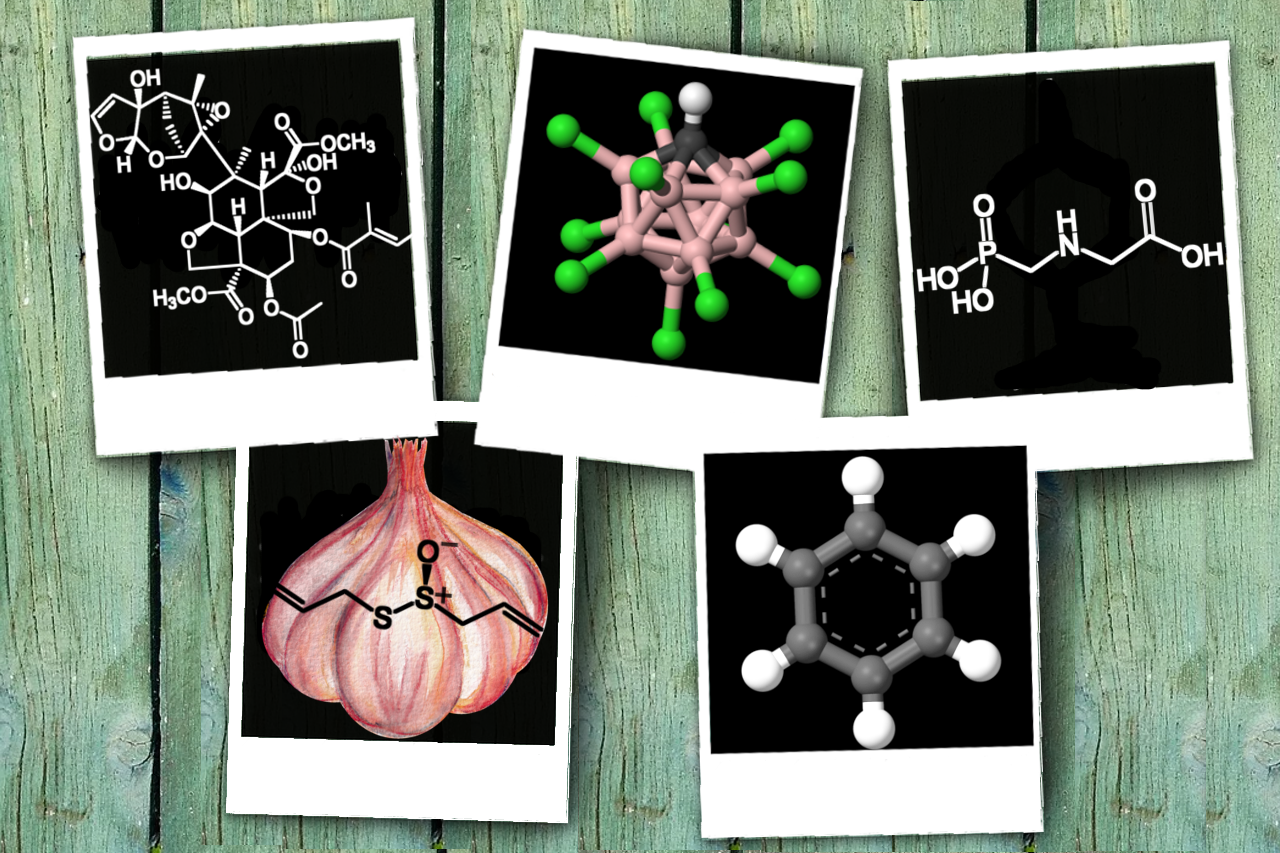 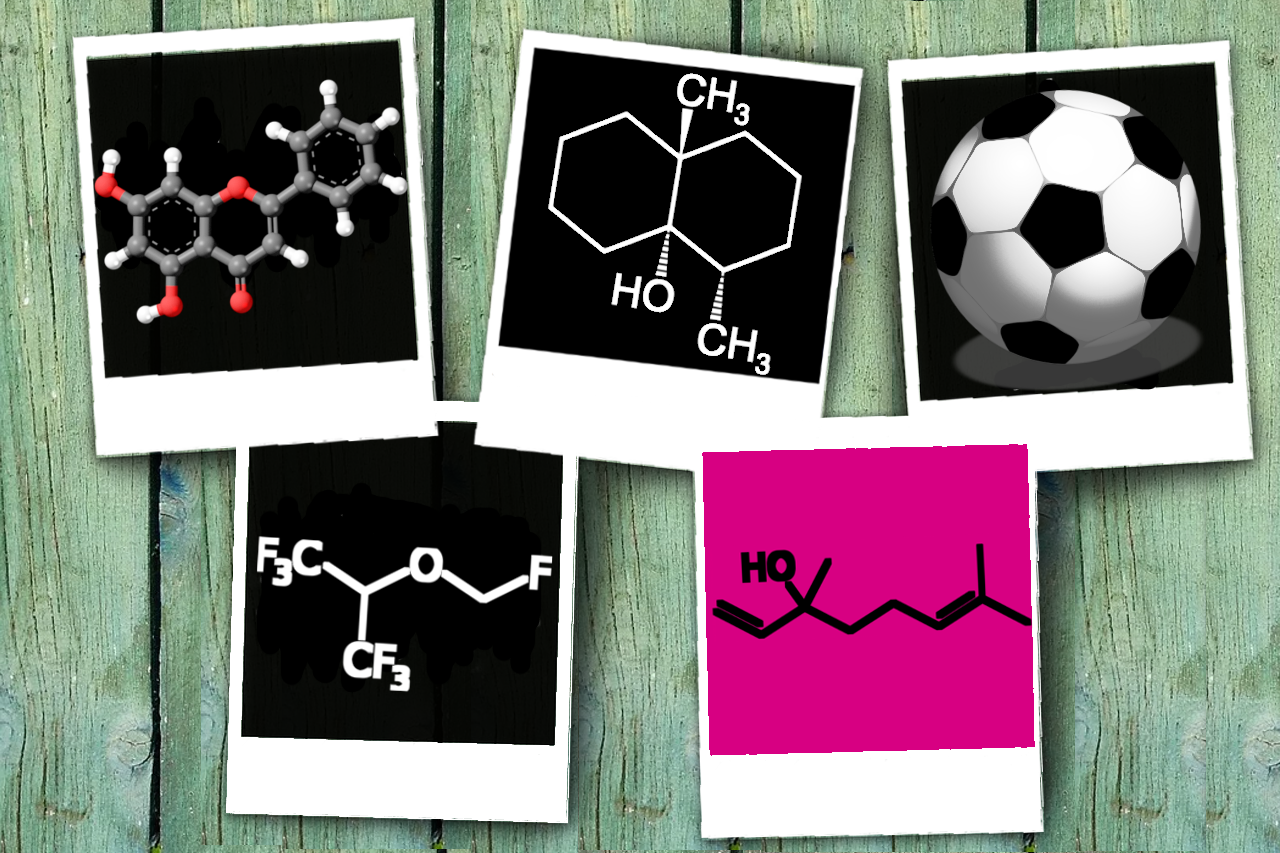 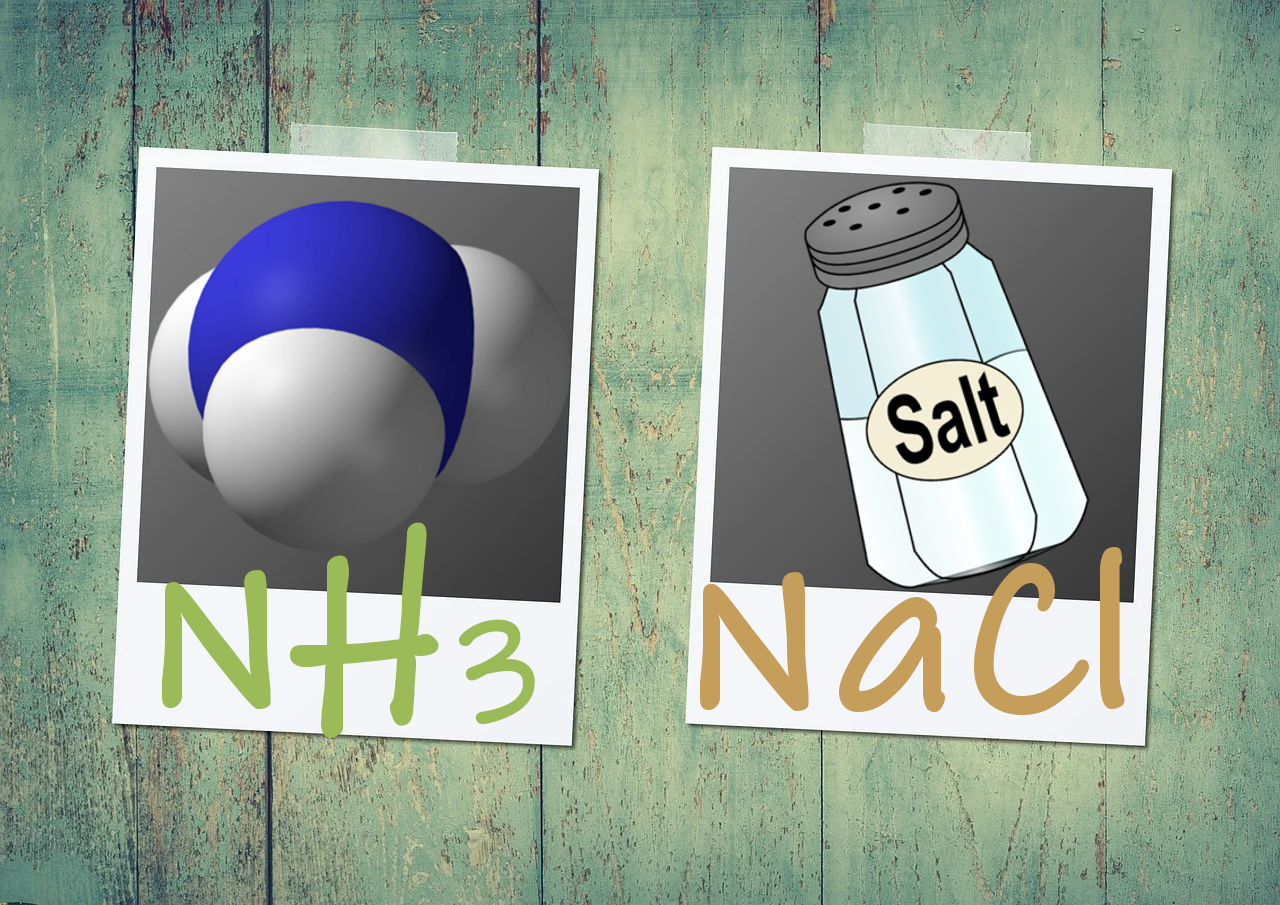 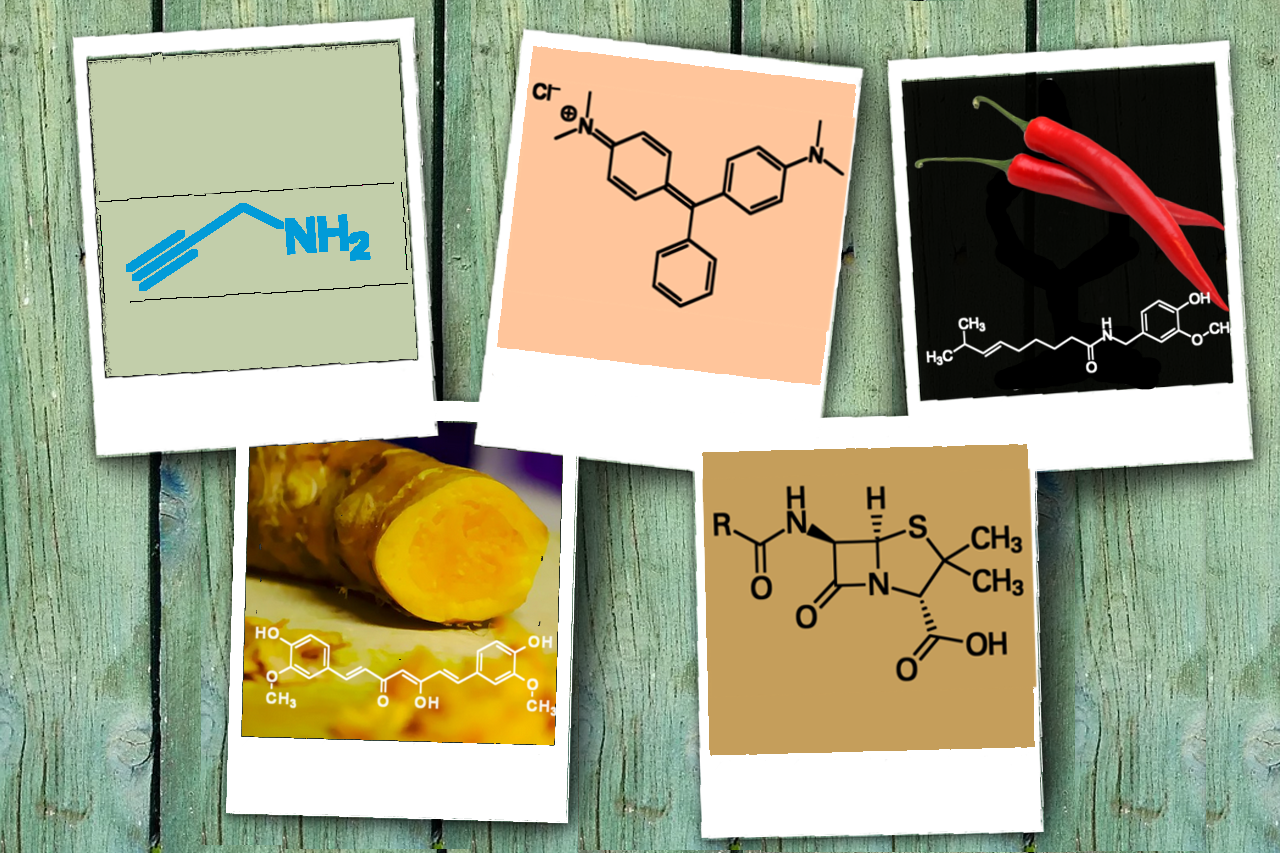