For life to emerge, functional polymers such as DNA and proteins had to form and self-replicate from simple building blocks. For that reason, spontaneous polymerization and autocatalysis are central elements of many theories for the origin of life. However, the polymerization of amino acids, for example, usually gives a very small amount of large oligopeptides and does not show autocatalytic kinetics.

Sergey N. Semenov,  Weizmann Institute of Science, Rehovot, Israel, and colleagues have investigated the spontaneous polymerization of tripeptides linked by disulfide bridges. The researchers designed the starting materials (Cys-Xxx-Gly-SEt)2, pictured below) in such a way that they can undergo polymerization by native chemical ligation when disulfide bridges are reduced. In native chemical ligation, the thiol group of an N-terminal cysteine residue of one peptide attacks a C-terminal thioester of a second peptide. 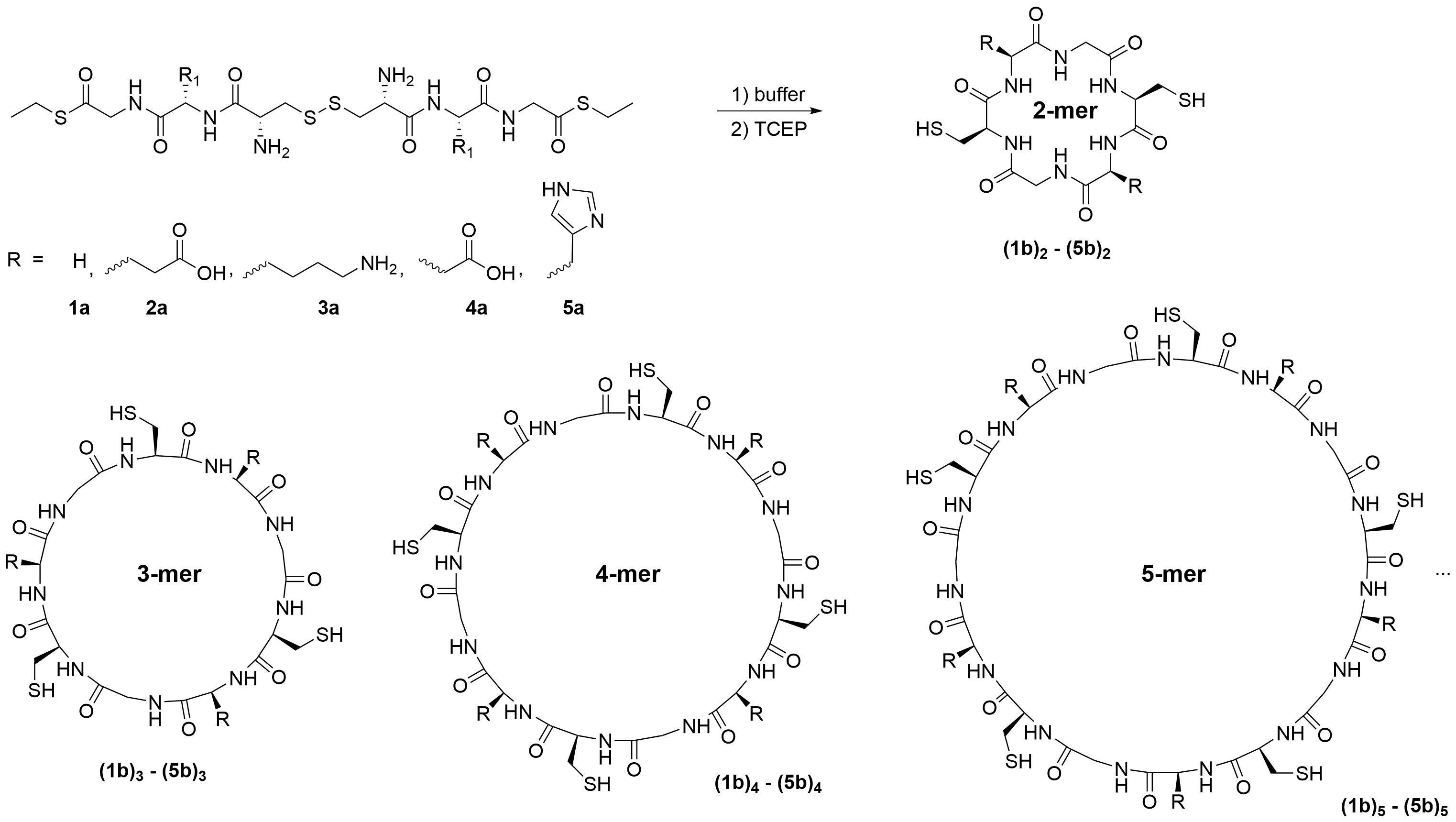 Surprisingly, the polymerization resulted in the predominant formation of macrocyclic instead of linear peptides, with the macrocycles containing up to 69 amino acids. The reaction showed autocatalytic kinetics. According to the researchers, “hopping” of the thioester group along the polymer chain by thiol–thioester exchange is the most likely reason for this behavior. In this mechanism, the thioester group moves along the polymer chain by thiol-thioester exchange until it finds the terminal cysteine and binds. This process strongly increases the chances of cyclization even for long chains.

The work provides easy synthetic access to thiol-rich macrocyclic oligopeptides, as well as a platform to study the emergence of functional peptides in prebiotic chemical reaction networks.